The 2016 presidential election warranted $6.3 billion in political advertising, and the 2018 midterm congressional elections encouraged $8.7 billion in ad spend. According to The Wall Street Journal (WSJ), political ad spending will near $10 billion in 2020.

Because ad spend increases during presidential election years, 2020 was bound to be a significant year in terms of political ad spend. 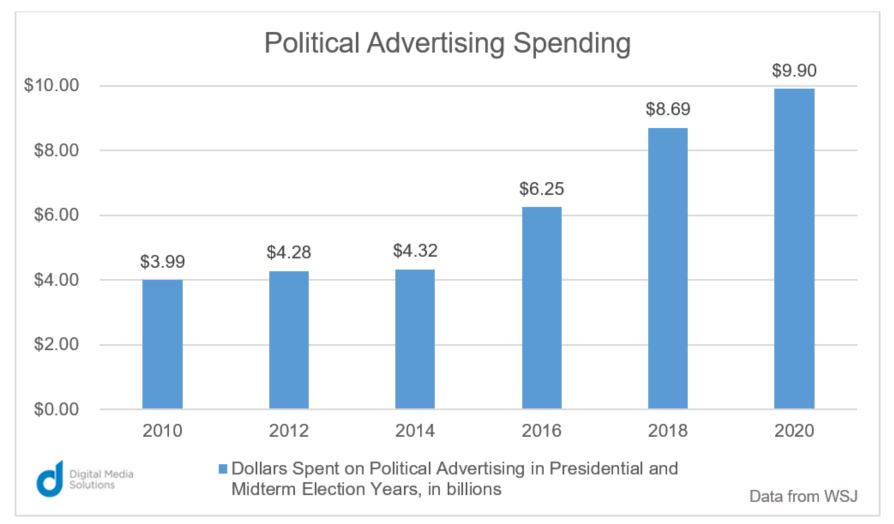 Statista predicts that $2.8 billion, or 28%, of the $9.9 billion ad spend in 2020 will be digital. While 28% is lower than the overall average share for digital advertising in the U.S., digital political advertising is growing steadily. 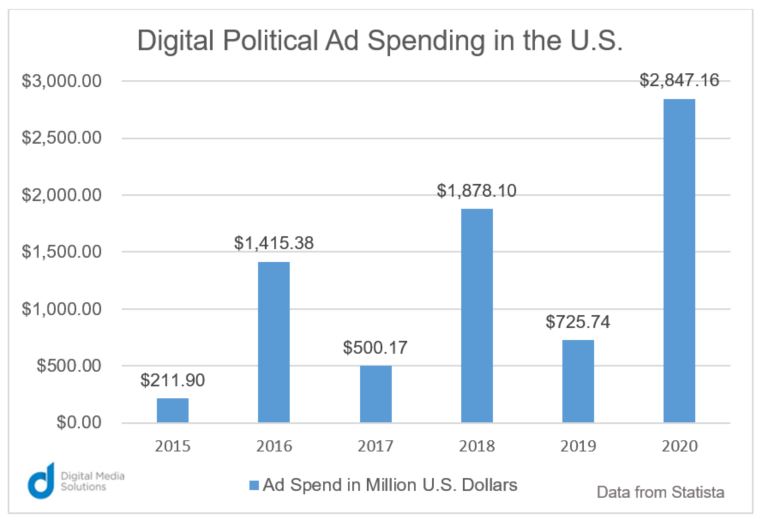 For the 2016 election, Donald Trump spend $398 million compared to Hillary Clinton’s $798 million. Trump, who ultimately won the presidential race, greatly benefitted from earned media and the organic discussion of his campaign, much of which populated social media sites and online news sources. His free earned media was worth more than $5.9 billion in advertising. Meanwhile, Clinton’s free earned media amounted to $2.8 million.

Interested in learning more about presidential campaigns? Read how Obama Mapped A Course For Future Candidates.

The digital age is in full swing and political campaigns are leveraging digital advertising to reach and influence their ideal audiences.