Home » DMS Insights: Digital Advertising News » 2018 Resolutions ― Based on the Authors of Our Most Popular Sports Quotes
× Share this Article

January 9, 2018 Kathy Bryan
Marketing is competitive. Just like in sports, those who succeed have honed their skills, studied their competition and developed strategies to get ahead. At Digital Media Solutions, LLC (DMS), competition is in our blood. We were founded by a team of lifelong athletes, and we like to win.
Top athletes inspire us because of what they’ve achieved and how they’ve achieved it. In late 2017, we asked our readers to vote for their favorite sports quotes. The votes are in, and the top five quotes are listed below along with details of the athlete who made each statement. Because it’s January, we’ve also included a resolution inspired by each athlete.

It’s hard to beat a person who never gives up. – Babe Ruth

Born George Herman Ruth, Jr. in Baltimore on February 6, 1995, the man who would become known as Babe Ruth, The Bambino and The Sultan of Swat began his baseball career as a left-handed pitcher for the Boston Red Sox, where he was a member three World Series teams.
Unlike most pitchers, Babe Ruth was a strong hitter. He even broke the Major League Baseball (MLB) single-season home run record in 1919. But it wasn’t enough for The Bambino.
When Babe Ruth was traded to the New York Yankee’s, he transitioned to outfielder to be on the starting lineup every game. The result:
• 2,000 games in 15 seasons
• Ball hit of the Polo Grounds on May 1, 1920
• Record attendance at games
• 714 career home runs
• Highest all-time slugging percentage
• Seven American League pennants
• Four World Series championships
Babe Ruth knew he had more to offer, and he believed the game of baseball could be more fun for fans. He took a risk when he walked away from the pitcher’s mound, but it was calculated for success. Adding frequent home runs to the game of baseball, Babe Ruth boosted his popularity and that of the game at the same time.
Babe-Ruth Inspired 2018 Resolution: Use the power of positive thinking to keep your momentum going.

I am the greatest. I said that even before I knew I was. – Muhammad Ali

Nicknamed “The Greatest,” Muhammad Ali was born Cassius Marcellus Clay, Jr., in 1942. Born and raised in Louisville, Kentucky, Ali began training at age 12. During the 1960 Summer Olympics in Rome, Ali won the gold medal in the light heavyweight division. He turned pro that year and won the World Boxing Association (WBA), World Boxing Council (WBC) and lineal heavyweight titles just a few years later.
In 1966, at the height of his boxing career, Ali refused the draft. He opposed the American involvement in the Vietnam War and cited his religious beliefs as the reason for his refusal to be a part of the American military efforts. When Ali was arrested of draft evasion, his boxing titles were stripped. Although the U.S. Supreme Court overturned the conviction in 1971, Ali lost four years of his career.
Despite the gap, Ali had the most heavyweight title wins in modern boxing history. Regarded by many as one of the leading heavyweight boxers of the 20th century, Ali remains the only three-time lineal heavyweight champion.
But Ali was more than a set of fists. Ali was a spokesperson and an icon for the counterculture generation. He refused to go against his beliefs, and he maintained his popularity anyway. In 2015, Ali appeared on the cover of Sports Illustrated for the 39th time.
Muhammad Ali-Inspired 2018 Resolution: Visualize your victory and stay focused on achieving the goal.

Vince Lombardi was not always a top-tier athlete. In high school, he played baseball and basketball, but not very well. At Fordham University, Lombardi was a tackle on their football team even though he was considered “undersized” for the position at 5’8” and 180 pounds.
Lombardi is best known for being the head coach of the Green Bay Packers during the 1960s. While demanding “nothing but acceptance” from his players and coaches, Lombardi led his team to five National Football League (NFL) championships in seven years, including three in a row.
Lombardi never had a losing season as a head coach. With the NFL Super Bowl trophy was named in his honor, Lombardi is recognized as one of the greatest leaders in sports and is considered by many to be the greatest coach in football history.
Vince Lombardi-Inspired 2018 Resolution: Find your way to be a leader.

Nicknamed the “Wizard of Westwood,” John Wooden played basketball in for Purdue in the 1930s and then transitioned to coaching college basketball. In his first coaching role, at Indiana State Teachers College (now Indiana State University), Wooden’s team won the Indiana Intercollegiate Conference title twice. The team received an invitation to the National Association of Intercollegiate Basketball (NAIB) National Tournament in 1947, but they chose not to participate due the NAIB’s policy of banning African American players.
As the head coach for University of California Los Angeles (UCLA), Wooden won 10 NCAA national championships in a 12-year period, including seven in a row. (No other Division I team has ever won more than three in a row.) His team also broke a league record by winning 88 consecutive games.
Wooden was named NCAA College Basketball’s National Coach of the Year six times and he was the first person to be inducted into the Basketball Hall of Fame both as a player and a coach. But he wasn’t all business. Wooden was known for inspiring his players with concise messages of success ― about basketball and life. He was awarded “Sportsman of the Year” by Sports Illustrated in 1972 (shared with Billing Jean King), bestowed the Presidential Medal of Freedom in 2003 and named the “Greatest Coach of All Time” by The Sporting News in 2009.
John Wooden-Inspired 2018 Resolution: No matter the odds, never give up on achieving your vision.

Wayne Gretzky, or “The Great One,” played in the National Hockey League for four teams from 1979 to 1999 and has been called, “the greatest hockey player ever.”
Gretzky began playing hockey on backyard rinks at an early age. When he was six years old, he played on a team of 10-year olds (and tucked his too-large sweater into his pants, a style he kept throughout his career). Gretzky was not the fastest or the strongest on his team, but he was intelligent and had a knack for reading the game of hockey and anticipating where the puck would be.
By the age of 13, Gretzky had scored 1000 goals. At 14, he moved to Toronto to advance his game. In 1978, at the age of 17, Gretzky signed with the Indianapolis Racers of the World Hockey Association (WHA) and then traded to the Edmonton Oilers. (The Oilers joined the NHL when the WHA folded.) Gretzky led the Oilers to four Stanley Cup championships before he was traded to the Los Angeles Kings in 1988. Gretzky finished his career with the St. Louis Blues and the New York Rangers, and upon his retirement he held 61 NHL records. Almost all of them still stand today. Upon his retirement, Gretzky’s number (#99) was retired league wide. 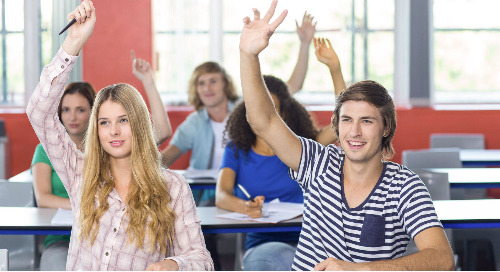 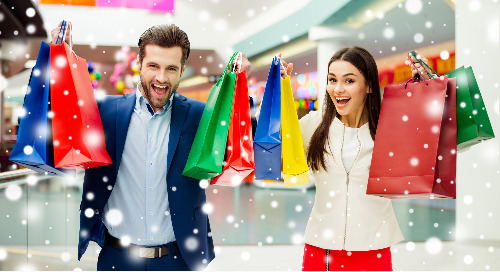