In recent years, consumers have turned to plant-based meat alternatives for health, safety and convenience. During the pandemic there has been a renewed focus toward healthier living, and the alternative meat market has seen explosive growth. Alternative and plant-based meat brands are partnering with fast food brands while leveraging targeted video ad campaigns to reach their audiences and drive sales.

The Plant-Based Meat Alternative Market Is Growing, And Its Products Aren’t Just For Vegetarians 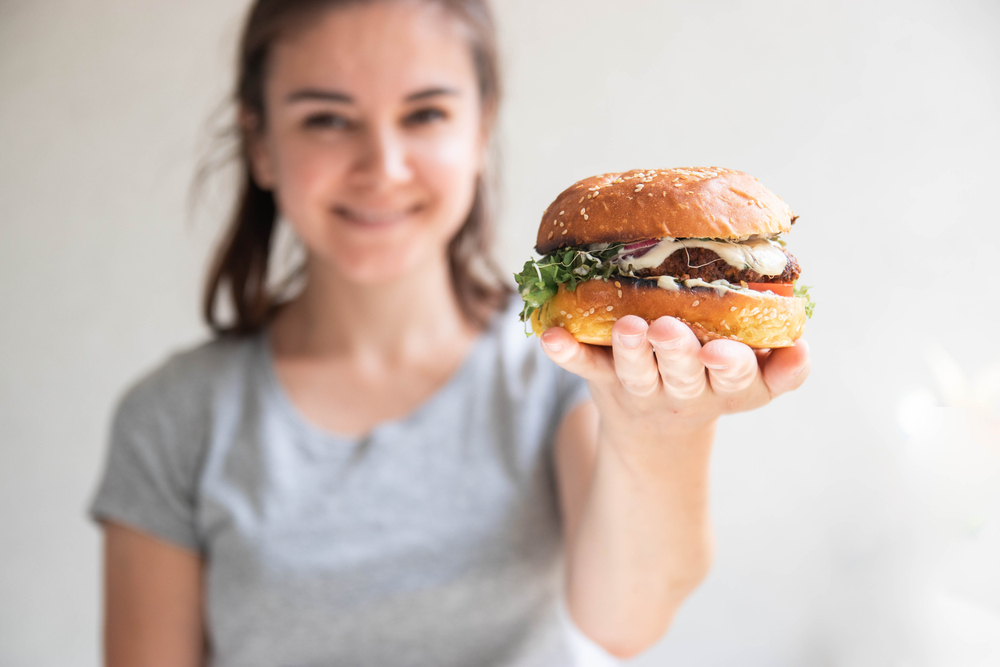 The plant-based meat market is a sizable and growing industry, valued at nearly $4.3 billion in 2020 and projected to reach $8.3 billion by 2025. According to Megan Poinski, reporting for FoodDive, Nielsen found, “sales of fresh plant-based meat alternatives nearly doubled every month” of 2020. Additionally, a study from Archer Daniels Midland from August 2020 on pandemic-related consumer behavior shifts in food and beverage reported that “18% of alternative protein buyers purchased their first plant-based protein during COVID-19, and 92% of those first-time buyers report they are likely to continue purchasing meat alternatives.” These consumer buying patterns show that growth in the plant-based alternative meat market is here to stay, with consumers new to these products supporting the market’s escalation.

There are many players in the alternative meat game, and as more fast food, QSR and home delivery brands put meat alternatives on the menu, makers of alternative meat products are expanding into poultry, pork, fish, sausage and ground meat substitutes. Some of the early versions of plant-based meats were intended for vegans and vegetarians, but the new brands on the block, like Beyond Meat and Impossible Foods, want to appeal to “flexitarians,” people who enjoy meat but are looking to cut back, and meat lovers who want to experience the taste of meat in a more sustainable product. Plant-based meat alternatives are building demand in the market with digital campaigns and partnerships that tempt consumers with flavor and then appeal to their desire to eat healthier and more sustainably.

The Impossible Burger debuted in 2016 with a goal to replicate the taste and texture of real meat. The company’s signature product received significant attention when Burger King began selling the burger in their Impossible Whopper in 2019. The Impossible Whopper has received many positive reviews as a good option for omnivores cutting back on their meat intake and vegetarians/vegans alike. On the back of that success at Burger King, Impossible Foods partnered with Starbucks in June 2020 to create the Impossible Breakfast Sandwich. “We’re excited to work with Starbucks, which shares our mission to make the global food system sustainable,” said Dr. Patrick O. Brown, founder and CEO of Impossible Foods. The Impossible Foods partnerships with two of the largest fast food chains have expanded the company’s reach exponentially.

Rachel Konrad, chief communications officer at Impossible Foods, explained how they make sure to get the right message in front of the right audience every time: “We test different messages with different populations. So, if you go to Kroger you will see different messages, whether it’s about nutrition, sustainability or versatility.”

The Beyond Meat team believes that, through small changes, consumers can “positively impact four growing global issues: human health, climate change, constraints on natural resources and animal welfare.” The alternative plant-based meat brand launched their first televised ad campaign “What if we all go beyond?” in August 2020, with a cameo from Falcons running back Todd Gurley, sending the message that alternative meat can fuel athletic performance and improve health and the environment. Gurley said he became interested in supporting the company when he learned about the Beyond Meat Feed A Million+ campaign which donates Beyond Meat products to food banks, community centers and hospitals around the country. According to Vegconomist, Beyond Meat has also shown support for the “Social Change Fund, aimed at improving health in black communities.” Corporate social responsibility (CSR), demonstrated in part through partnerships, is increasingly important to consumers and likely appeals to those who may be interested in issues of sustainability and the environment, an audience Beyond Meat targets with their multichannel advertising strategies.

Long popular with vegetarians and vegans, Morningstar Farms (a brand in the Kellogg’s portfolio) launched its Incogmeato line of products in 2019 to target the flexitarian and meat lovers who are looking for alternative products that taste like meat. Their “Afraid You Might Like It?” campaign, deployed on social media and streaming channels, including YouTube, tackles the challenge of taste that keeps some people away from plant-based alternative meat substitutes. The Morningstar Farms creative features a juicy looking burger with cheese and the slogan: “We promise. Incogmeato’s plant-based burger won’t bite. But you should.” The humorous campaign may appeal to meat eaters, who aren’t sure if plant-based meat is for them. However, Morningstar Farms is not abandoning their loyal vegan and vegetarian fan base and has pledged to be 100% plant-based by the end of 2021.

Lightlife was founded in 1979 and claims to be the “clean” alternative meat product, stating clearly that they are not using “food tech” to make their products taste like meat. Lightlife partnered with KFC in Canada to create an alternative fried chicken sandwich, an effort to reach traditional fast food consumers and take part in the growing chicken wars. Lightlife produced a 30-second musical ad spot, “Modern Family Meal,” emphasizing both the health and the convenience of their products, and reminiscent of Oscar Mayer’s classic “Bologna” jingle.  Lightlife also has a robust presence on Instagram, sharing recipes that can be made with their products and emphasizing how “clean” Lightlife plant-based meats are. Differentiation can be a useful tool in increasingly crowded markets, offering consumers unique information that helps them navigate buying decisions.

Many Americans have a new understanding of what they eat and how these foods affect stamina, strength and wellness. But vegetarian food, despite its potential health benefits, has not always appealed to non-vegetarians. By partnering with fast food brands, prioritizing social responsibility and leveraging multichannel digital advertising strategies, plant-based meat alternatives are reaching their flexitarian targets with messages that broaden awareness and encourage new consumers to try the plant-based products.

Are You Looking For New Opportunities To Engage With Your Consumers?