Are you sitting on the beach or standing by the grill this Fourth of July? Is your brand taking advantage of our national holiday?

Every year, brands jump on the opportunity to leverage Independence Day for their marketing. Because this celebration is universal for Americans, who spend more than $7 billion for cookouts and other Fourth of July celebrations, the holiday gives brands the opportunity to connect with their consumers with messages that resonate.

Take a look at some of the best Fourth of July campaigns to see how brands were able to connect with consumers over a love for the red, white and blue. 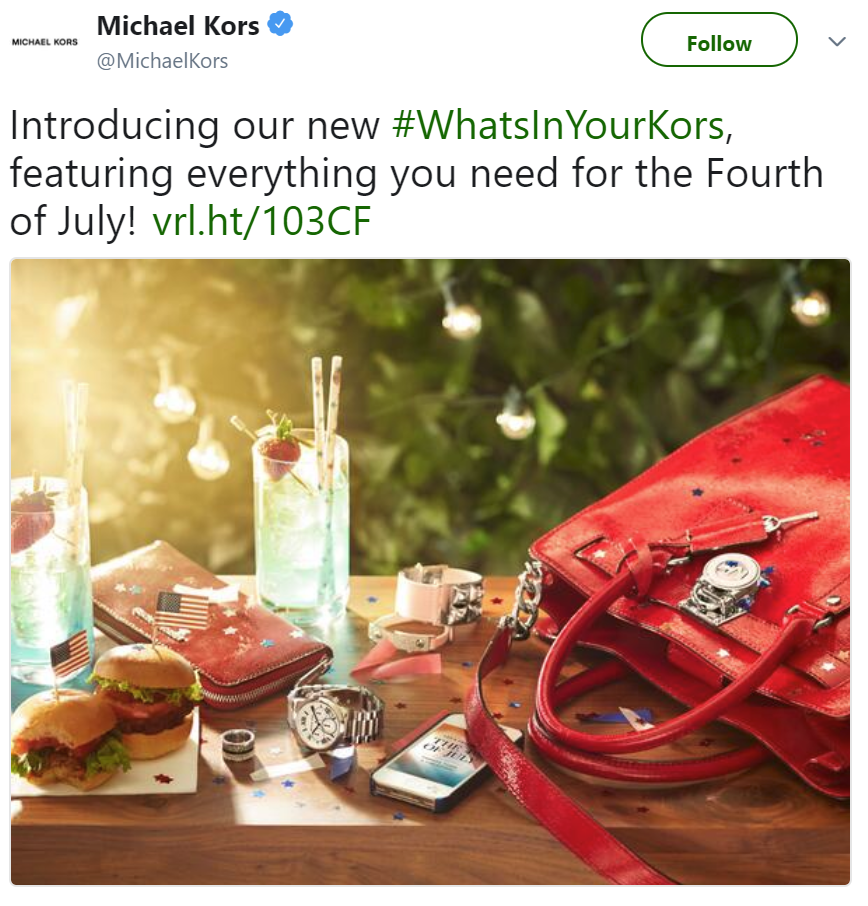 Michael Kors (MK) leveraged the Fourth of July in their 2014 tweet to a following of 3.65 million individuals. With a table spread featuring a few burgers and a lot of MK accessories, the brand was able to unite their products with the holiday to portray how seamlessly MK merchandise fits into consumers’ lives.

In 2016, Lowe’s used the creativity of Vine to craft an Independence Day video and the power of Twitter to spread their message. While depicting the American flag through flowers, Lowe’s connected their brand with the holiday, showcasing how their products can make the Fourth of July even more patriotic. 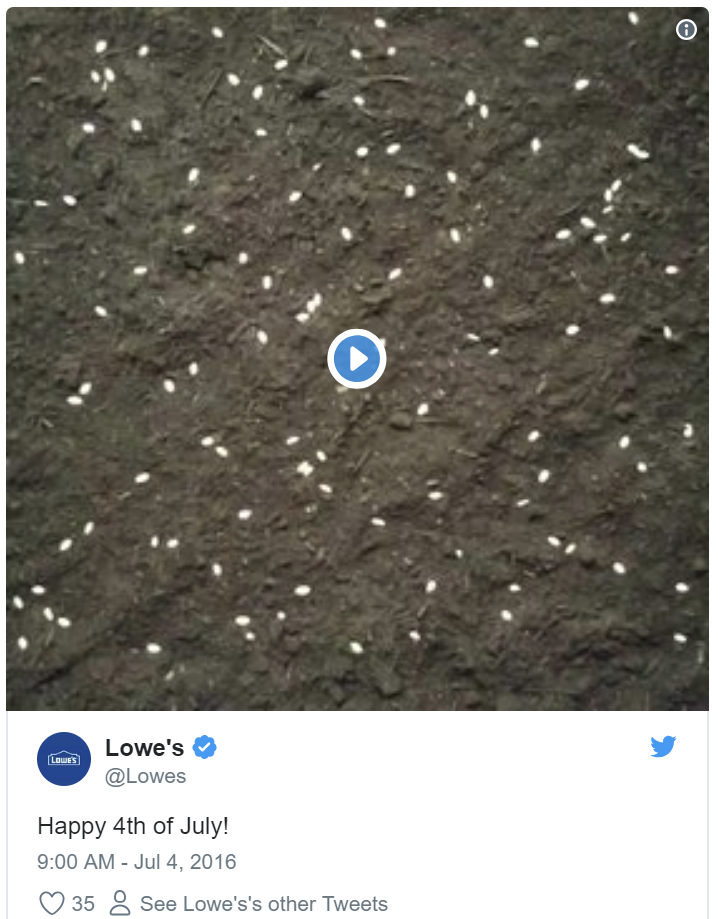 In just 15 seconds, Old Navy used red, white and blue to promote their July 4th sale. With patriotic colors flashing across the screen, the ad was an upbeat TV spot with energetic music and actors styled in true Old Navy fashion. The brand invited consumers to fly their flags at Old Navy.

M&M’s embraced the spirit of the Fourth of July by sharing a recipe video, which achieved 4.4 million views, to their Facebook page. Originally filmed and posted by HowSweetEats, the video featuring the beloved chocolate candy brand promoted a cake recipe that’s the perfect addition to any Independence Day barbeque.

In true American style, Ancestry brought together the descendants of the founders who signed the Declaration of Independence to remember what the United States of America represents. With a powerful voiceover and stunning imagery, Ancestry painted the United States as diverse and accepting in this marketing video, which reached over 1.5 million views on YouTube alone.

To break through stereotypes and intolerance, the 2015 Fourth of July campaign from Honey Maid showcases an American immigrant family. The two minute video evoked a sense of pride as America was depicted as a melting pot where individuals of all races, religions and backgrounds can come together and be united in the United States.

What does the United States of America stand for? Ad Council teamed up with John Cena to produce their 2016 Fourth of July marketing video as a reminder that Americans come in every shape, size and color. With more than 2.2 million views on YouTube alone, the Ad Council encouraged its audience to love and embrace the diversity that makes up America.

Whether it’s through cherished American food, like hamburgers, or by highlighting treasured American values, Fourth of July marketing can excel in a variety of different forms by tying a brand to the true American spirit.

If you’re still itching for more to get your patriotic marketing started, take a look at popular Fourth of July search terms: