The auto insurance industry continues to evolve with increasing competition that drives some of the most aggressive advertising spends, nearly $6 billion a year.

Auto insurance brands often face marketing hurdles in rising above the noise of the modern marketing minute to connect and engage with new consumers. Check out these top campaigns that creatively interact with customers.

In their long-running campaign surrounding the fictional persona Flo, Progressive released hundreds of videos and commercials featuring the realities of customer service interactions with car insurance companies. The big spend paid off as Progressive and Flo earned the title of “Best Female Brand Mascots” by AdWeek in 2013. To promote their 24-hour roadside assistance services, Progressive recently released a 30-second marketing video with their well-known persona Flo and a newer character Jamie.

The Liberty Mutual campaign for its roadside assistance services continues to tap into the realities facing insurance consumers during the claims process. The video below gained traction throughout 2017, becoming one of the most watched ads that year with 6.6 billion impressions. In the 30-second spot, Liberty Mutual shows consumers where they might end up without trustworthy insurance.

Part of its “Help Life Go Right” campaign, State Farm released a 30-second TV spot that tells a tale of two consumers, one who is gifted a brand new car and one who unexpectedly learns that his car has been totaled. By tapping into both the convenience and hardships of owning a car, State Farm suggests it is reliable during a customer’s celebrations and struggles.

Nationwide: More Songs for All Your Sides: Tori Kelly 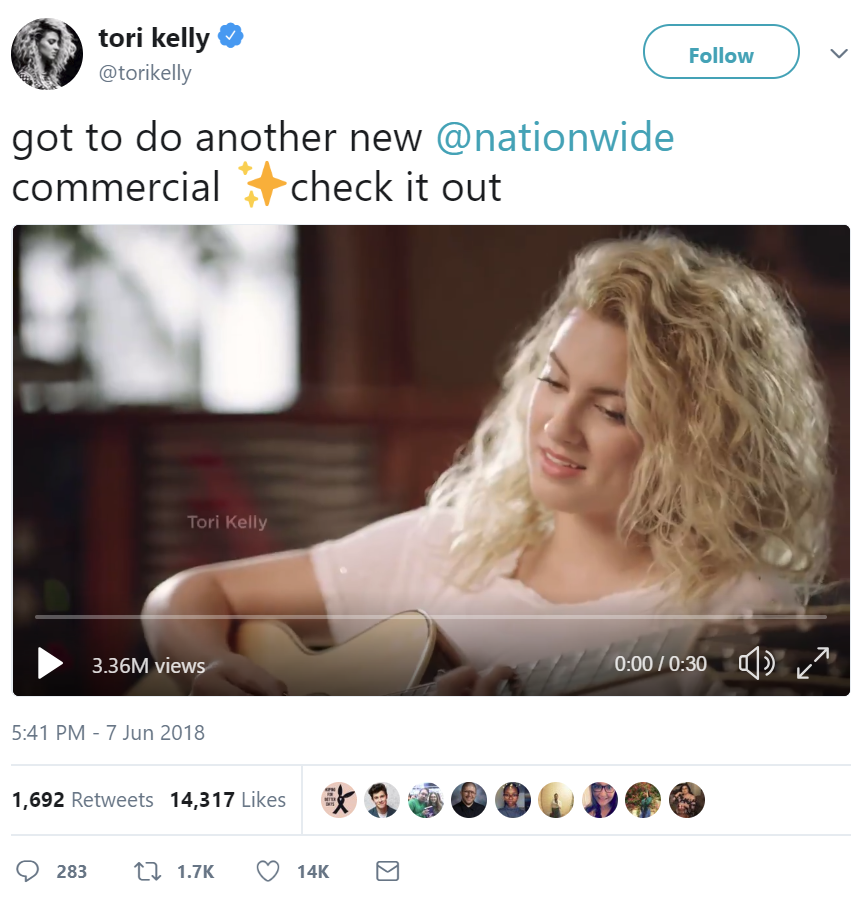 In “Songs for All Your Sides,” Nationwide leveraged popular celebrities to breathe new life into their traditional motto: Nationwide is on your side. By enlisting the help of performers like Tori Kelly, Brad Paisley and Leslie Odom Jr., the brand accessed an enormous social following. Tori Kelly even shared her work with Nationwide on Twitter, which resulted in nearly 15,000 likes and more than 1,600 retweets. The finished 30-second TV spot, featuring Tori Kelly, premiered on ESPN and SportsCenter and earned a total of 579 million impressions, according to AdAge.

GEICO: Game Night with a Sloth

GEICO took their usual quirky and sarcastic approach with marketing video “Game Night with a Sloth” and noted, “as long as sloths are slow, you can count on GEICO saving folks money.” With over 126,000 views on Facebook alone, “Game Night with a Sloth” gained brand visibility. In 2018, the ad won The One Club for Creativity Silver Award in the Television/Short Form – Single category.

Continuing from 2015, one successful marketing campaign from Farmers Insurance is their “Hall of Claims” concept. Because Farmers Insurance encourages consumer confidence and positions itself as an experience company that has seen it all, they know how to cover almost any claim. The brand shared a 15-second TV spot on Facebook, featured below, which drew in more than 227,000 views. In the wise words of Farmers Insurance, “seen it, covered it.” 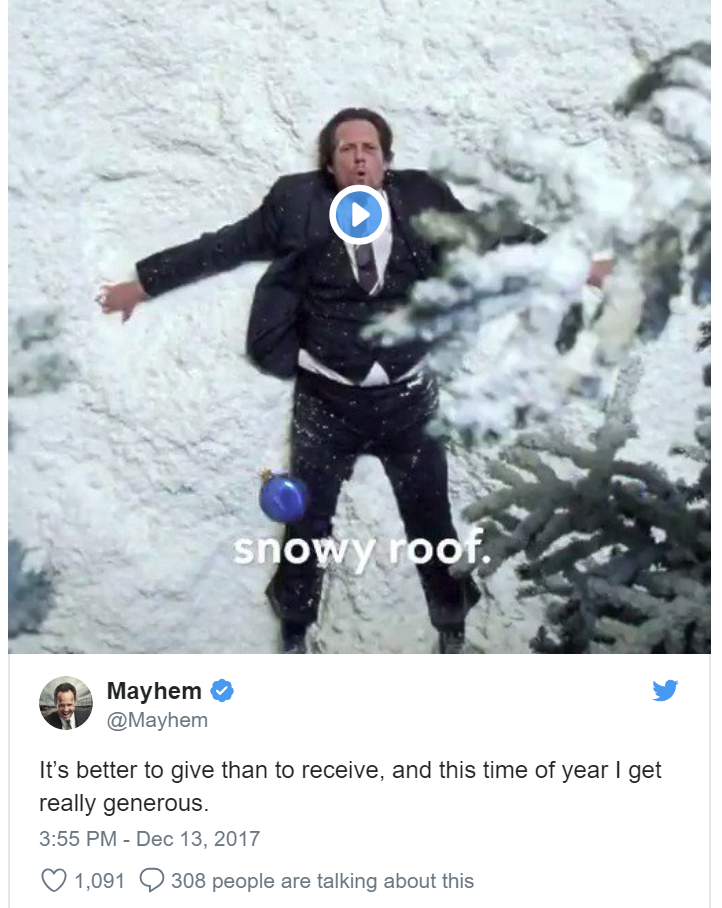 When Mayhem campaign commercials first aired in 2010, Allstate saw a 4.3% sales increase to $7.9 billion. So when the Mayhem persona was recently brought back, Allstate took the campaign even further by creating a separate Twitter account for this Mayhem, which has more than 100,000 followers. Last fall, Allstate released a 30-second marketing video, a compilation of the Mayhem that comes along with the holiday season.

Whether it’s protecting a car from vengeful vermin or figuring out how to change a tire, the consumer’s prospective inspires some of the most relatable insurance campaigns. Personas like Flo and Mayhem allow brands to connect with consumers and build an accessible path to engagement.