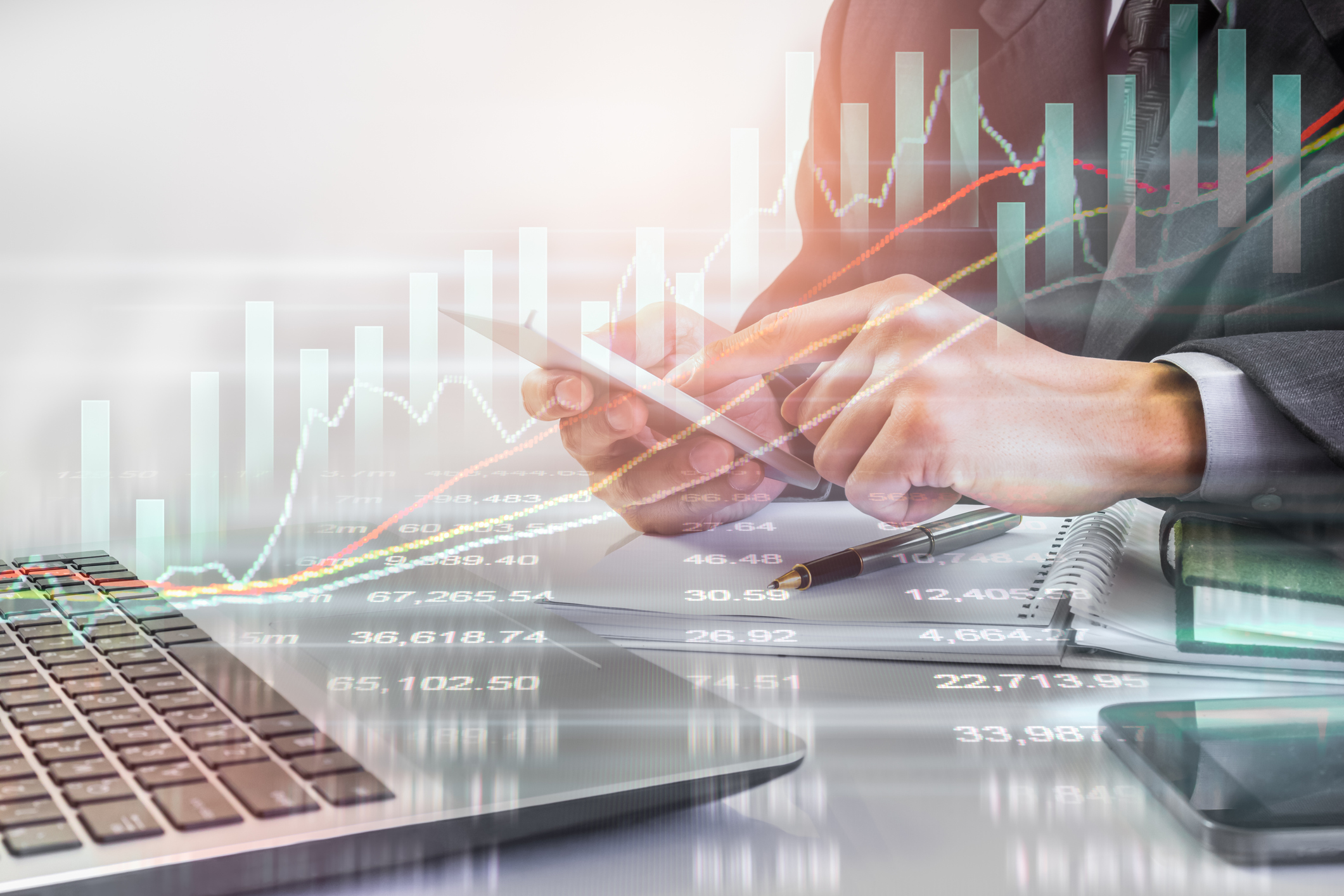 Always on the hunt for increased market share, Bing continues to enhance their search experience and make updates to their platform. While Bing achieved 17% revenue growth for Microsoft year over year, they continued to lose ground to Google, which was up 22%. Eager to stay in step, Bing recently ushered in significant changes to the their ad platform offering further optimization opportunities for marketers.

Bing Ads Have Expanded Their Character and Line Count

Last week, Bing quietly updated its Bing Ads to allow more characters and lines. Few should find this news surprising, since Google did the same several months ago (and as Google goes, so goes Bing). The improved ad formatting allows for an optional third headline and second description line within the ad text. Character counts also increased and now allow for 30 characters per headline and up to 90 characters for each description line. 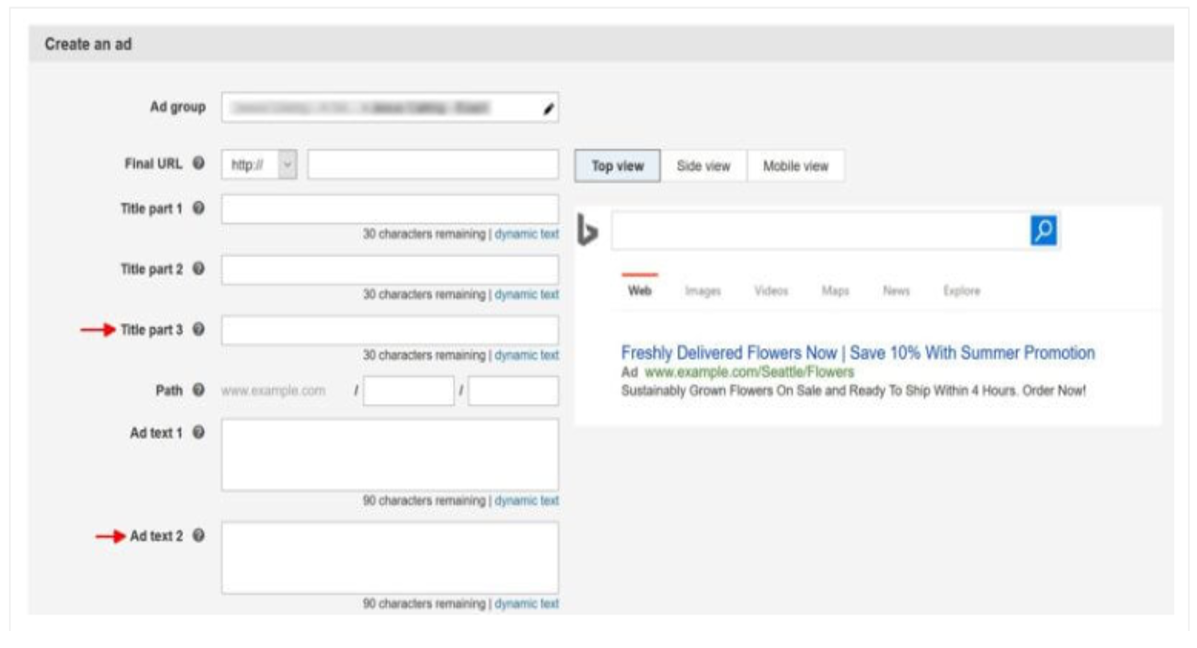 It’s too soon to know whether the addition of more lines and characters to Bing Ads will result in better performance, although like Google it seems poised to result in higher CTRs. Any other performance benefits it may offer remain to be seen.

The Bing Competition tab, which is now available globally, gives advertisers the how and why of a competitor’s ranking and the results they are seeing from paid ads. Advertisers are able to look at the performance of a competitor’s campaign via two interfaces in the Competition tab: Auction Insights and Recommendations, and then tweak their own campaign for more optimal results. 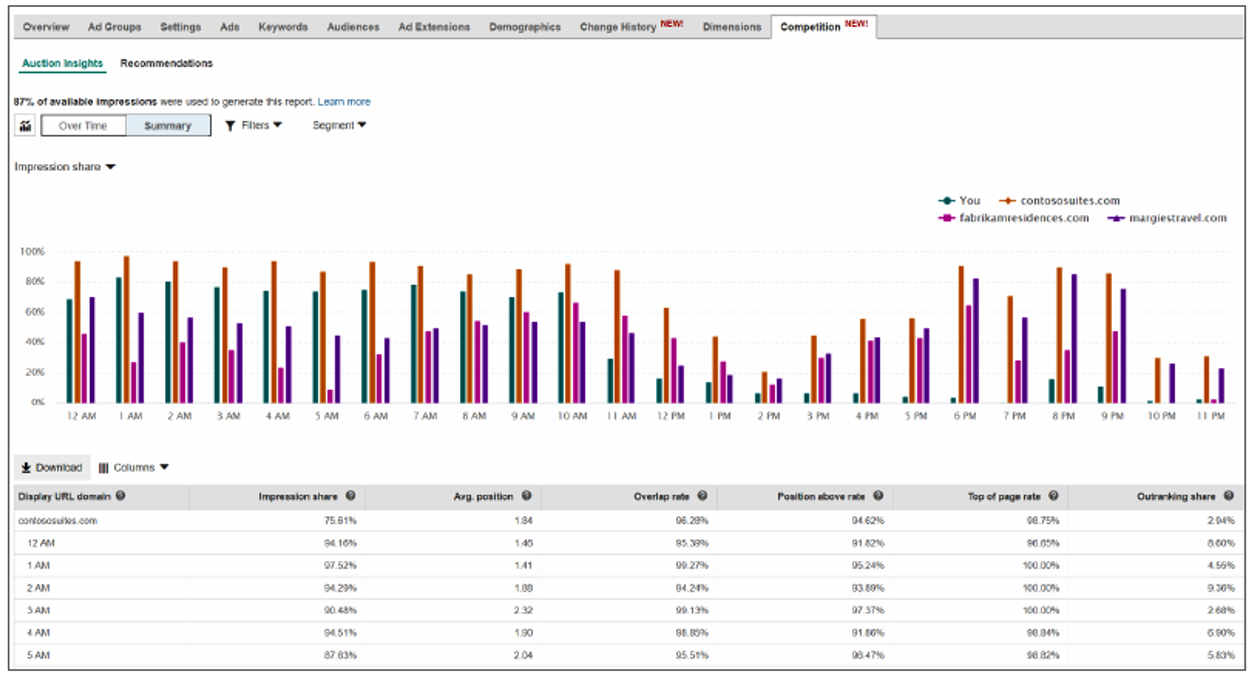 “We took the Auction Insights report and completely revamped it with richer visualizations, including the ability to segment the data using metrics such as time or device, as well as filter down to specific competitors or campaigns,” announced Bing in a recent press release on the changes.

With Auction Insights, long term trends can be seen broadly in the “Over Time” feature, with a further drill down providing detailed analytics into day, time, type of device and dayparting. Specific campaigns can be selected for a granular evaluation of a key competitor.

Recommendations is a key part of the Bing Competition tab, offering advertisers tips and tools to amend their campaigns if a competitor is getting the best of them. In their recent release Bing chose to focus on seven recommendation areas:

Are You Ready to Maximize Your Paid Search Campaigns?