The U.S. Census Bureau unveiled its $500 million national advertising campaign to persuade every household in America to fill out the once-a-decade survey.

The 2020 Census Wants Americans To Shape Their Future 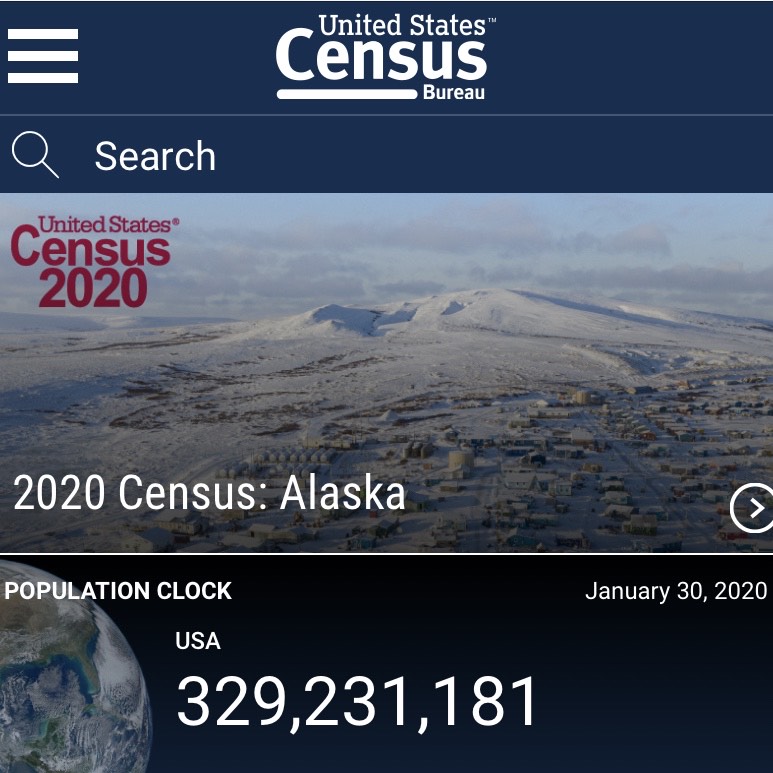 With more than 1,000 advertisements spanning 13 languages and a dozen partners focused on outreach, the 2020 Census “Shape your future. Start here” campaign combines TV and radio ads, digital, social media, print, billboards, bus stop signage and in-school songs and lessons for teachers. The campaign’s goal is to reach 99% of Americans over the course of the next several months, beginning in remote regions of Alaska, followed by a nationwide pursuit in mid-March. Residents are encouraged to answer census questionnaires online, by phone or by mail.

The 2020 campaign is said to be the “most robust” and most research-driven marketing initiative in the history of the Census Bureau, and the results will ultimately determine the distribution of billions in federal dollars. “The work, research and dedication that has gone into this campaign is unmatched to that of any previous censuses,” said Kendall Johnson, Executive Director of the Communications Contract, U.S. Census Bureau.

Researchers have found people are most likely to respond to Census questionnaires when they are aware of how they, their families and their communities will benefit. “The 2020 Census is your census, and its success depends on you,” said Steven Dillingham, Census Bureau Director. “It’s a once-in-a-decade chance to inform how billions of dollars in funding are allocated for critical public services like hospitals and health care clinics, schools and education programs, roads and bridges, and emergency response for the next 10 years.”

The Census Has An Overarching Goal Of Reaching Different Demographics

With a strong focus on reaching traditionally undercounted groups, several of the campaign ads for the 2020 Census specifically target immigrant and minority communities.

“Our outreach is multifaceted with a heavy focus on increasing response among groups that are historically undercounted,” said Johnson. “And it’s based on the most extensive research ever conducted to understand both what motivates people to respond to the census and what prevents them from responding.”

According to MarketingDive, the Census campaign anthem, “Everyone Counts,” is reflective of America's diversity and the importance of being counted for proper allocation of federal funds toward programs like education and healthcare. While every commercial aired features a different storyline, a common theme in many creative executions is a child – speaking a native language – explaining the process and purpose of the Census to an adult.

“The kids are an important piece [of Census participation], as many of them learn about Census in school and talk about it with their parents at home,” said Alex Hughes, Program Director for VMLY&R, the creative agency used for the 2020 Census campaign. “Now all of a sudden, if a parent is reluctant to respond, this student might actually be the person who convinces their mom or dad to sit down at the computer and do it with them together.”

This year, digital advertising will make up 30% of the Bureau’s media buy, a major increase from 8% in 2010 (the last time the Census was taken). The shift to digital advertising, Hughes says, will allow the Bureau to optimize the marketing in real time and direct people straight to the online questionnaire. “Digital allows us to be more nimble,” Johnson added. “If we see certain areas not responding as predicted, we can shift resources to those areas.”

With the shift to a more digital response method, however, comes concerns about confidentiality and the potential risk of technological mishaps. To alleviate concerns, the Government Accountability Office (GAO) placed the 2020 Census on its “high risk list” due to the challenges of conducting the questionnaire digitally for the first time. In an effort to create the smoothest questionnaire process possible, the U.S. Census Bureau is also working closely with Google, who has committed to combating any Census 2020-related abuse, and Facebook, who stated they will remove any misleading content regarding the U.S. Census.

“We will know very quickly if something is breaking across social media or digital channels that looks suspicious so that we can address it quickly before it spreads... and get good content, factual content, back out there,” said Stephen Buckner, the Bureau’s Assistant Director of Communications.

In order for the Census Bureau to achieve its ambitious goal of reaching 99% of Americans, though, it will need to capitalize on more than just an increased digital ad spend. The Bureau must identify the most effective way to inspire participation across multiple demographics — a challenge many brands have faced when seeking the approval from a diverse set of audiences. While the jury is still out on just how many participants the Census will rake in, the marketers behind this massive campaign are confident they have created messaging that resonates with Americans in a meaningful way.

"We felt that being positive and inspirational was going to be particularly important to get people focused on feeling good about participating in this all-important cornerstone of our democracy," said Hughes.