From Comcast’s FreeWheel to Google’s Ad Manager, The Walt Disney Company is making a major switch in an effort to provide optimal advertising for consumers and advertisers.

What Does Disney’s New Adoption of Google Ad Manager Mean?

The global strategic relationship enables Google Ad Manager to act as the primary advertising technology site for The Walt Disney Company, which in turn allows Google to handle the digital advertising for ABC, ESPN, Marvel, Pixar and Star Wars.

The partnership, which will last for a minimum of three years, can be viewed as a win for both entities. Disney has a comprehensive and streamlined advertising platform in Google Ad Manager, and Google now reigns as king in the digital advertising space, surpassing competitor Comcast by securing the Disney partnership.

What Will Google Ad Manager Do as Disney’s Ad Platform? 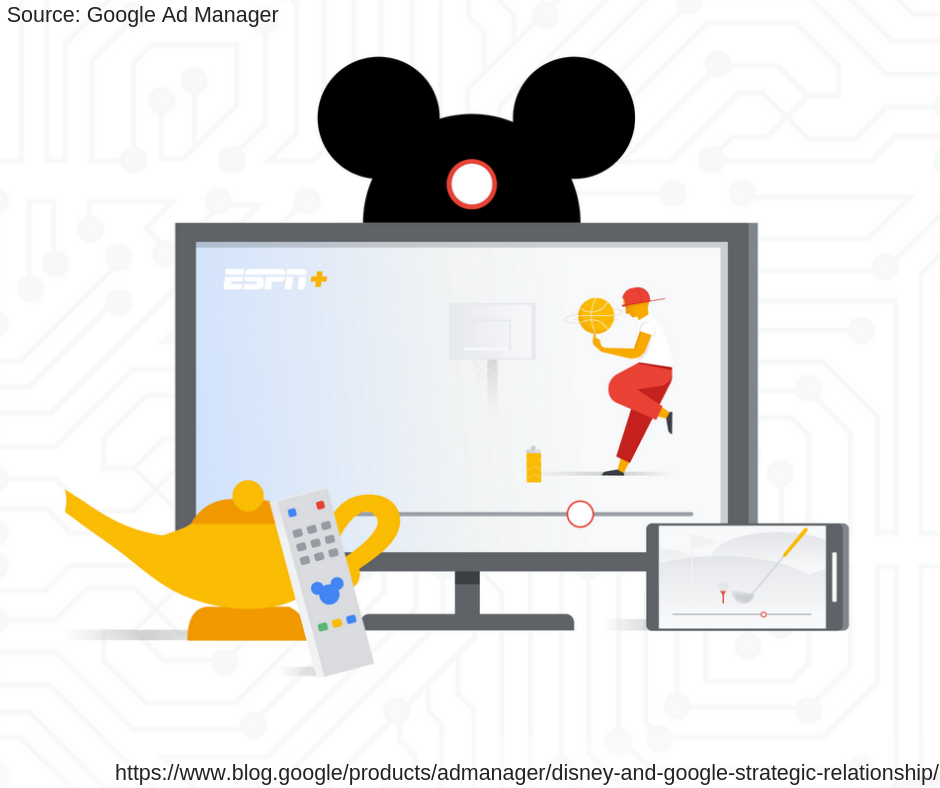 Google Ad Manager will be home to Disney’s digital video and display business, enabling video and photo ads across the web, on mobile apps, within streaming TV and during live events.

Google's Chief Business Officer Philipp Schindler said, "Together [Google and Disney], we plan to build an advanced video experience for Disney that will transcend devices, platforms and living rooms to bring the magic of premium video content into people’s hearts, minds and screens —everywhere."

What Does the Disney + Google Partnership Mean for Marketers?

According to Advertiser Perceptions’ 2018 Video Advertising Convergence Report, 58% of advertisers are investing in over-the-top (OTT) or connected TV, 44% in programmatic linear TV, 40% in addressable TV, 35% in data-enabled linear TV and 32% in set-top box VOD. But just slightly more than half of advertisers blend their TV and digital strategies.

The Disney/Google partnership should help marketers better connect their marketing messages, developing strategies for consumers and their customer journeys instead of divergent channel-focused strategies.