Just before Valentine’s Day two years ago, Domino's debuted their very own registry. Yes, you read that right. The pizza chain was sure newlyweds dreamt of pizza for their big days and those that follow, and Domino's gave consumers what they desired: a pizza wedding registry. 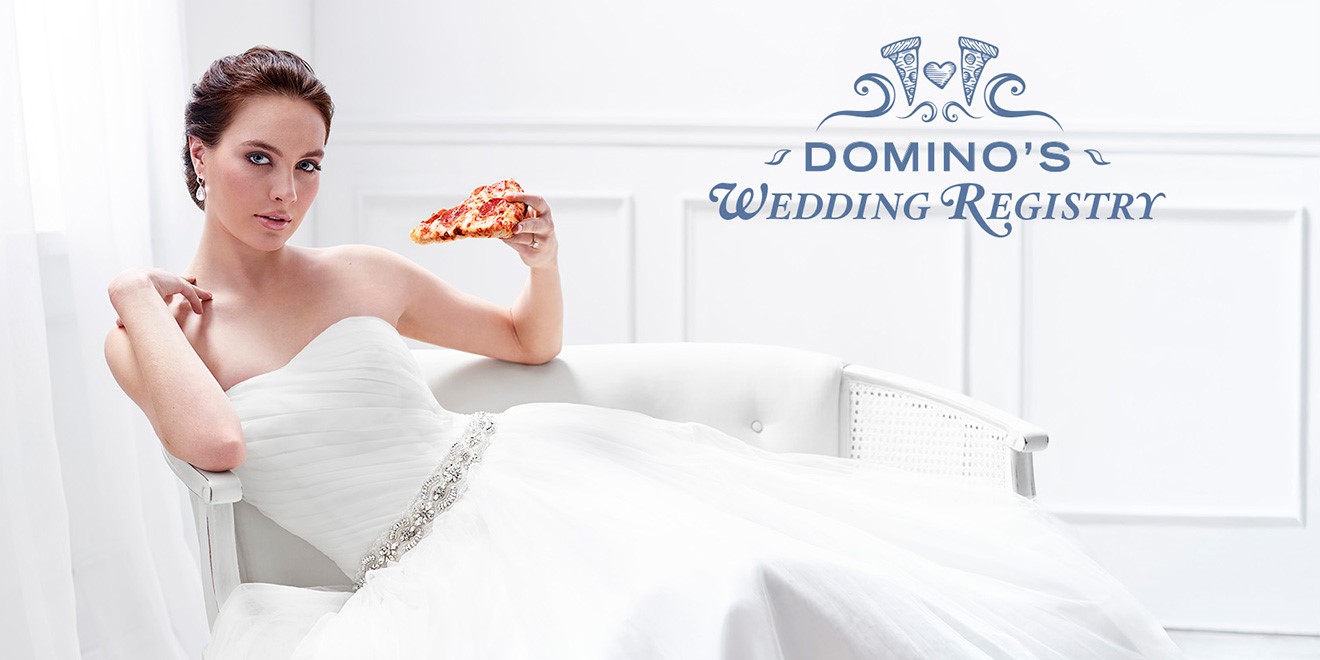 Are you skeptical of the Domino's registry impact? Believe it or not, Domino's credits fans for the idea.

Domino's Digital Marketing Director Kate Trumbull said, "Our customers constantly tell and show us on social media how pizza plays a role in their wedding, whether it's for the bridal party, a late-night treat for the reception and other day-of experiences."

The Domino's pizza registry’s main objective is to provide couples with wedding gifts they’ll actually use, as opposed to fine china that will stay in the cupboard for 364 days a year.

And if the happy couple can’t decide on china, maybe they can decide on pizza. “Our registry aims to bring couples together over their shared love of pizza,” said Domino's spokesperson Jenny Fouracre.

The Domino's wedding registry offers consumers the option to purchase pizza credit on behalf of their engaged friends. Domino's advertises their pizza registry as a solution for bachelorette parties, date nights and everything between. Aside from assisting with romantic dinners, Domino's launched this registry to generate buzz.

Within the first seven days of the registry’s launch, Domino's hosted more than $1 million worth of pizza credits with more than 3,000 registries created.

One pizza registrant, bride Laura Krahel, noted she still had a normal registry but was intrigued by the Domino's pizza registry, calling it fun and mentioning that pizza was a staple in her life. Krahel said, “I know a lot of groomsmen who’d want to give Curtis [her now husband] this gift instead of maybe buying something for the kitchen.”

Domino’s cheesy addition to romance garnered 1 billion impressions, spanning over 165 countries in its very first week, too, so it’s safe to say the registry has been successful.