Our 2017 Year-End Higher Education Inquiry Generation Review, reported increased inquiry volume and conversion rates in 2017. As a whole, the higher education industry has upped their game.

Here are 17 examples of higher education institutions who got it right with their marketing last year. 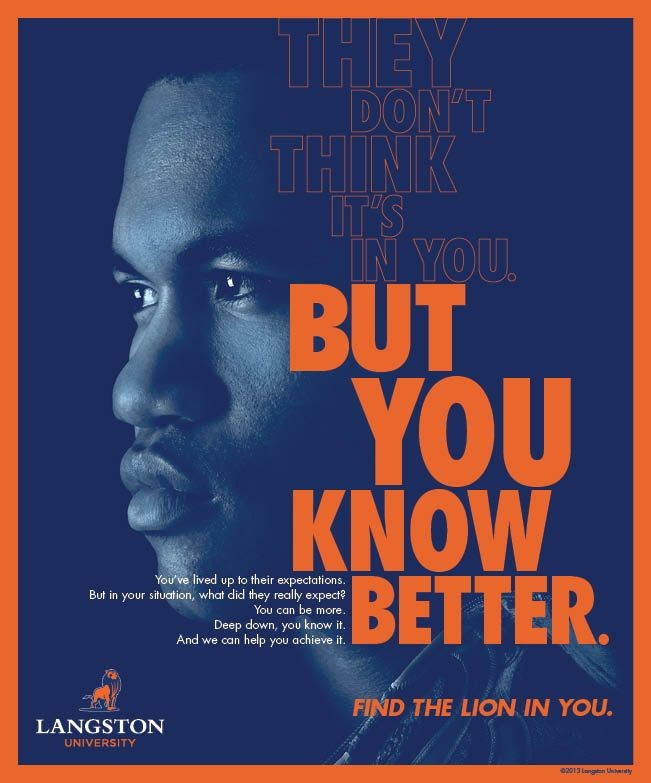 On brand with their motto, Langston University released a print ad that encourages prospective students to be brave and “find the lion in you.” Through the ad copy, Langston U inspires prospects to work beyond expectations and excel: “You can be more. Deep down you know it.” With this campaign, Langston empowers students to defy the odds.

Last year, Seton Hall University released a campus tour video for prospective students. Ranked number one in the nation for their business leadership program, Seton Hall also has a strong reputation for their community and inclusive culture. The video addresses opportunities the university provides to its students, like study abroad programs, internships and strong professor-student relationship due to their open door policy.

The University of Michigan (UM) Pinterest page highlights the programs, organizations and more that make up their community. From graduation to athletics to the science and engineering school, UM’s Pinterest page generates interest through bold, high-resolution photos. Their ongoing social media strategy has been a success, seeing 687,000 monthly viewers, including prospective students. Visitors can learn everything they need to know about Michigan lifestyle through photos of the gym, social events and even the campus squirrels. 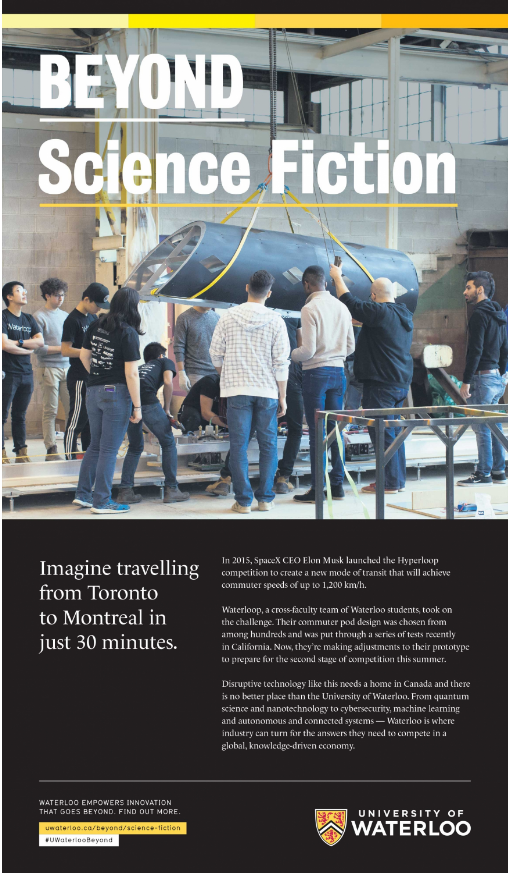 The University of Waterloo in Ontario, Canada crafted the BEYOND Campaign to prove that the college and its students go beyond what’s expected. U of Waterloo tells their stories through print media, video and social media to portray the challenges and growth individuals experience while studying at the university. From geographic information systems to the power of language to world sustainability, University of Waterloo empowers its students to find the answers and solutions.

London Metropolitan University promotes its central-city location and diversity with their “Do Something You Love” campaign. London Metropolitan University is “dedicated to employability,” and their faculty takes pride in empowering students to be passionate about their industries. Knowing their audience was broad, their campaign chronicled student journeys to show varying demographics while connecting through emotions.

From Miley Cyrus to Whitney Houston to Journey, students belt out their favorite lyrics with their chancellor in the 2017 marketing video from University of Wisconsin Milwaukee (UWM). Starring recent graduates and the school’s panther mascot, the video features Chancellor Mark Mone transporting students, dressed in cap and gown and performing karaoke, to their commencement ceremony. This fun and light-hearted video promotes the school’s atmosphere while proving UWM students have a faculty that cares for them. 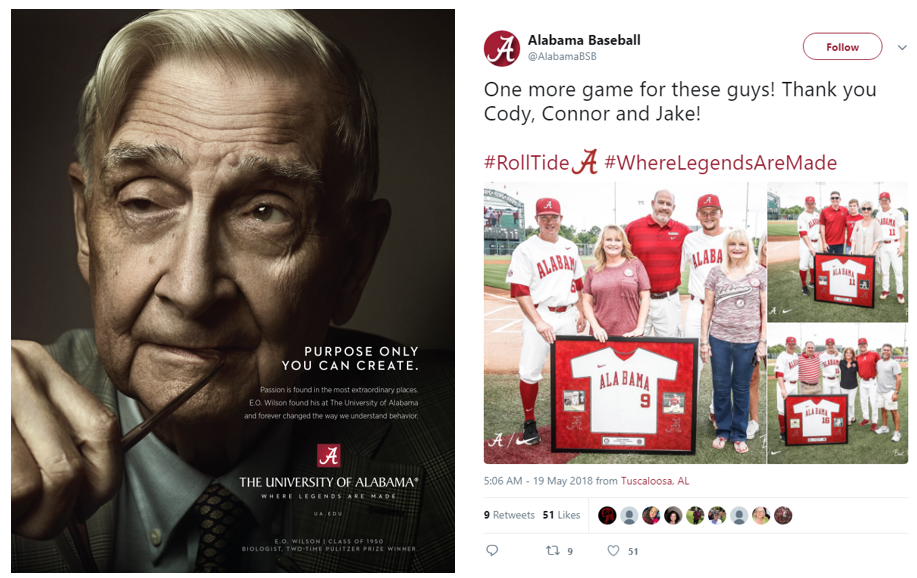 The University of Alabama launched their “Where Legends Are Made” campaign in 2016 to gain exposure for their excelling students, alumni, donors and faculty. With print ads, social media to videos, Alabama’s campaign continued throughout 2017. From football to academics, and everything in between, Alabama has built a legacy with their commitment to greatness at the forefront. As explained in one of their print ads, “passion is found in the most extraordinary places.” Through the past, present and future, the Alabama community prevails and prospers. 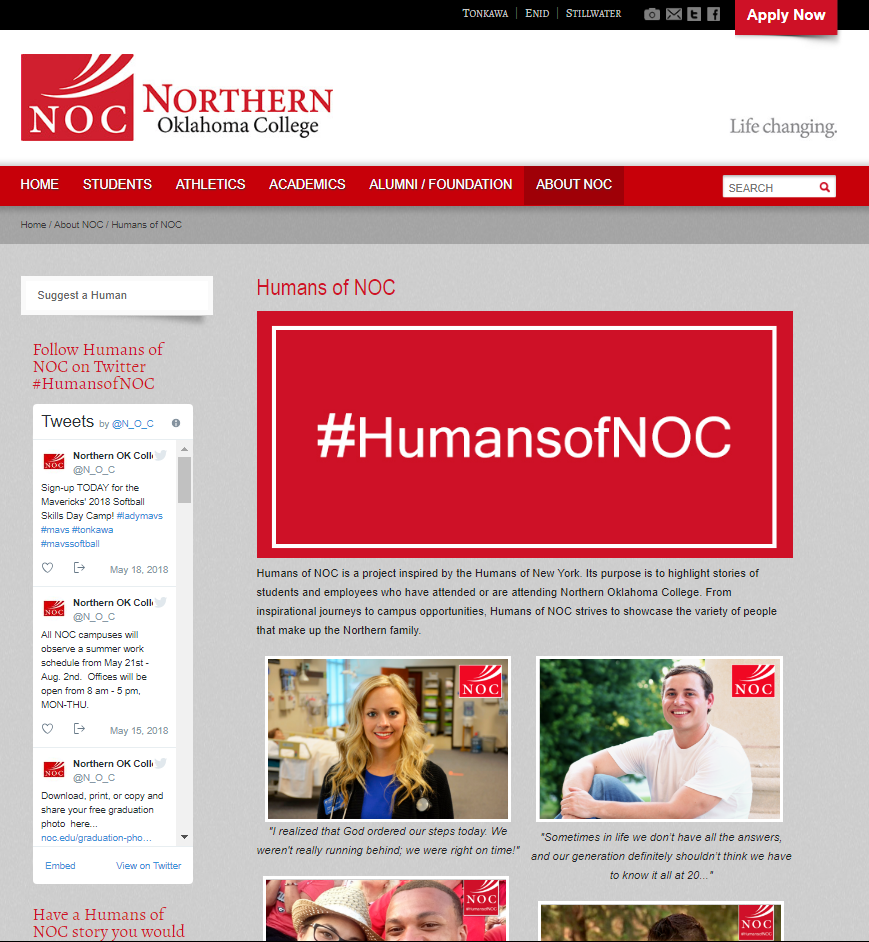 Inspired by the “Humans of New York” project, Northern Oklahoma College (NOC) created their own version titled, “Humans of NOC,” which highlights students, alumni and faculty. Presenting a positive and productive community, #HumansofNOC shows how individuals of all ages, genders and backgrounds mature and prosper at their college. From Senegal to Kosovo, students of NOC are made to feel at home in an environment that encourages learning and personal growth. Alumni attribute their success to the school, with Jeremy Fisher citing, “All of my accomplishments wouldn’t have been possible without the education I received at Northern Oklahoma College.”

Located in Oneonta, NY, Hartwick College promotes its gorgeous location, with immense greenery and rolling hills, in their latest marketing video. In “This Place,” one component of their three-part campaign, students discuss what their college means to them. From clubs and organizations to courses and majors, the experiences and relationships built at Hartwick are unmatched. As one student says, “These people, you know, pushed me to be the best me.” Hartwick concludes the video with the quote, “Not just any college. This college. Hartwick college,” to promote the passion for their campus and stay on brand for their marketing campaign. 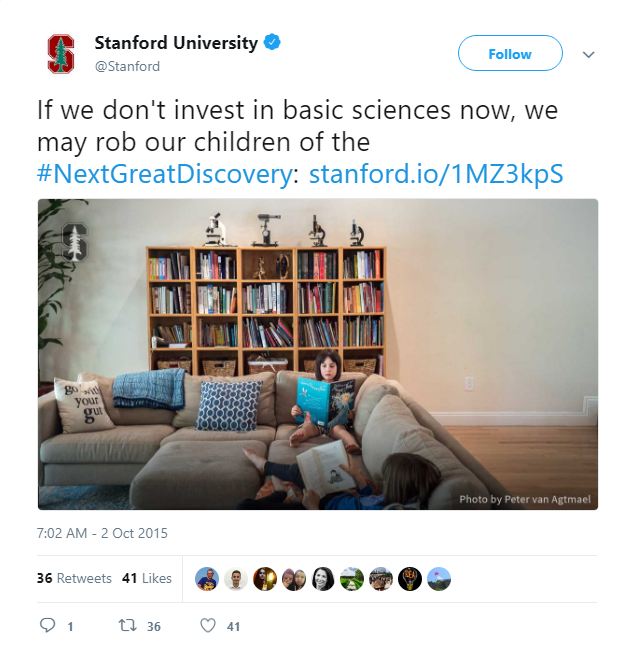 In Stanford University’s 30-second video, students work tirelessly to crack the code on the next innovation. Part of the original #NextGreatDiscovery campaign that launched in 2015, this 2017 video incorporates an empowering beat and dedicated voiceover.

With echoes of perseverance and the mentorships of faculty and professors, Stanford knows their students will reach breakthroughs to better the greater good. The #NextGreatDiscovery campaign shows the Stanford community’s need for continual innovation and their belief that education is the tool to power student discoveries. 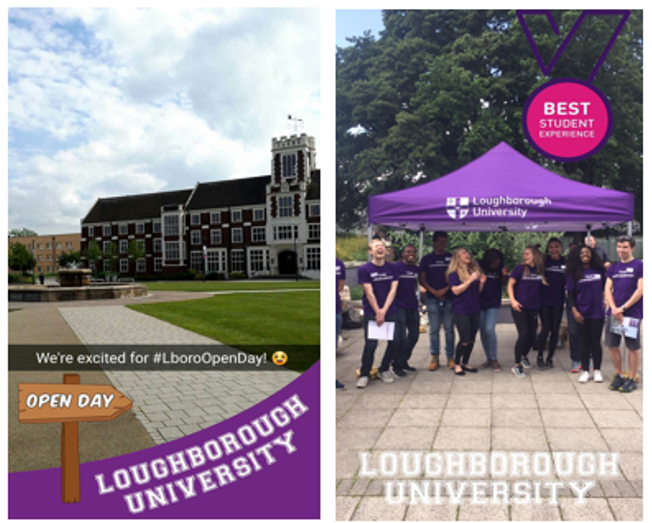 Loughborough University (LBoro) in the U.K. used Snapchat geofilters to promote #LBoroOpenDay, their open house day. Available within physical range of the higher education institution, the LBoro filters were branded with college fonts and colors and were intended to generate excitement about academic programs, clubs, organizations and the college’s general lifestyle. As the filter was used, the university expanded its reach across Snapchat users.

Last year, the University of Tennessee, Knoxville (UT Knoxville) published an article in their Torchbearer magazine summarizing a course that approached Appalachian history through the eyes of Dolly Parton. When UT Knoxville publicized the article on Twitter, Parton, an eastern Tennessee native, proudly retweeted the promotion to her 4.8 million followers.

The University of Georgia (UGA) released an inspirational marketing video titled “Commit to Georgia” that features an uplifting poem paired with shots of the campus. With a commitment to making a difference, UGA’s video portrays their students’ hard work, motivation and humility. An ad in the corner of the video links directly to the UGA charitable giving page so viewers can give to the institution or learn more about their programs.

University of California, Los Angeles (UCLA) pushes students to achieve their greatest potential. Their 2017 video “Optimists on Optimism” explains how UCLA believes “everyone has a role” in society, and their students will be the individuals to make a difference. At the forefront of innovation, UCLA provides the resources and power. It’s up to the students to decide how to lead the revolution.

In the video “Why I Love Yale?” the class of 2021 is asked one simple question: Why do you love Yale? Filmed in multiple Yale University locations and throughout the seasons, the video highlights the diversity that creates a community welcoming of different perspectives. During an interview, one student remarks, “The friendships you make here are one of a kind, and I wouldn’t trade that for anything.”

Oregon State University (OSU) highlighted their state’s incredible landscapes (similarly to how Oregon tourism did earlier this year) with an artistic marketing video. With a Morgan Freeman-esque voiceover, the film’s uplifting script and cinematic background music make for an inspirational project that highlights the college’s new logo. The launch of the new logo “tells the story of the university’s legacy,” with a beaver representing the state animal and school mascot, and the tree and book representing knowledge. The three stars in the top right-hand corner portray the school’s three campuses and its recognition as the 33rd state in the union. From scientific innovations to business meetings, OSU prepares their students for everything their industries may throw at them.

Set in the middle of New York City, Columbia University manages to give its students a campus and community feel. The university released a 10-minute marketing video titled, “Into the Columbia Blue.” Aside from their world-renowned professors and incredible location, Columbia offers students a learning environment that encourages growth in all aspects whether it be academic, philosophical or another. The prestige of this university is palpable through this admissions video as students rave about the school. “You’re part of a university that has had so many incredible people come before you,” explains one student, “and all of a sudden, you’re part of that as well.”

DMS Education can help you maximize your media investments and get you on next year’s list of the top education-related campaigns. Contact DMS today to get started.