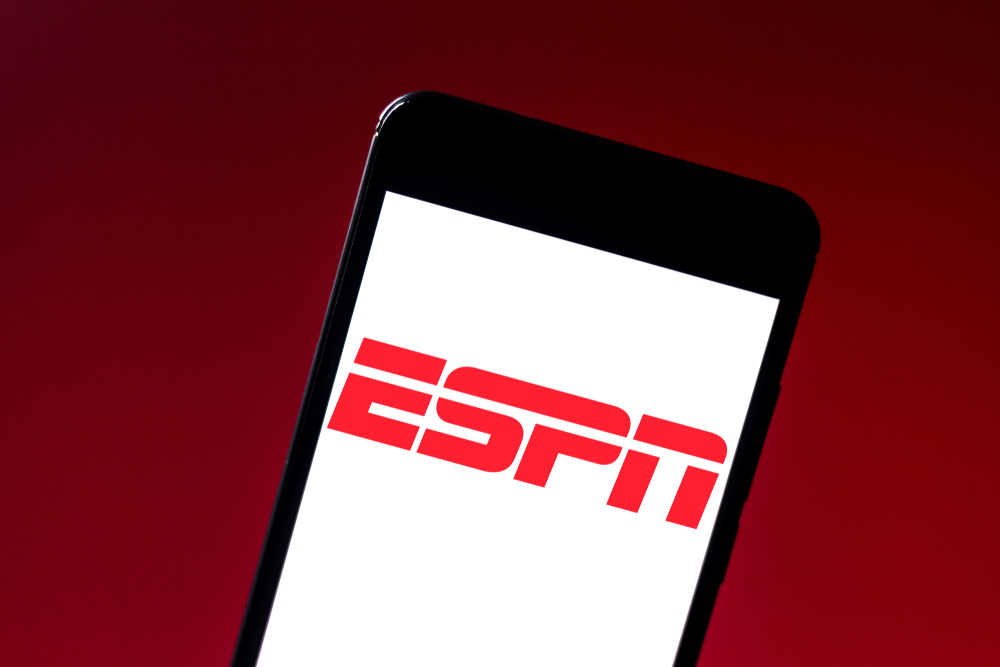 Since mid-March, professional sports have been on an indefinite hiatus because of the coronavirus pandemic. So what’s a sports network, athlete or sports fan to do? Get creative. ESPN is relying on creative content from fans and players to keep engagement up, and athletes from every sport have taken to Instagram and other outlets to share their experiences in self-isolation.

ESPN Plays HORSE With The NBA And Taps Facebook For UGC

Although it wasn’t the success the network likely hoped for, ESPN tapped professional NBA and WNBA players for a round of HORSE, which aired on ESPN with Utah Jazz point guard Mike Conley Jr. the eventual winner. ESPN has since announced a partnership with Facebook that will focus on fans in an effort to leverage the ESPN viewing community and continue brand engagement throughout self-isolation.

For the next 10 weeks, the Top 10 segment on “SportsCenter” will highlight videos from everyday people around the world. According to AdAge, “The trick shots, quarantine dances and fitness hacks will be sponsored by Facebook, and submitted via Facebook and Instagram.” TV viewership and web traffic for ESPN are down since live sports were suspended, but social media activity has been way up, according to Ryan Spoon, ESPN’s SVP of Digital and Social content.

Although ESPN has courted participation from their community for user generated content (UGC) prior to COVID-19, this latest strategy is aimed at keeping fans engaged while there are no actual sports happening. Odds are, sports fans will flock back to their favorite networks when live events return, but the timeline for that is unknown and ESPN wants to stay culturally relevant to their community of viewers. In addition to the HORSE competition and partnership with Facebook, ESPN pushed up the launch of the Michael Jordan documentary The Last Dance, which has done very well, averaging more than 5 million viewers and generating a lot of chatter on Twitter. The network is also relying on esports, classic games and famous sports movies to keep loyal viewers entertained. 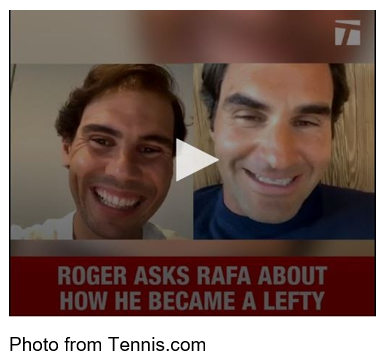 The blank stare of Rafael Nadal, one of the world’s all-time greatest tennis players, staring into his Zoom call, wondering when Roger Federer, the other all-time greatest tennis player, will show up is highly relatable content. Technical difficulties aside, the chat between the two champions, shared on Instagram, was strangely informal, untethered from the usual managed sound-bites and structures of interviews.

Instagram and Twitter have offered personal views into the lives of famous athletes, even before coronavirus. But since social distancing took effect, athletes are letting fans into their daily routines more than ever. Athletes have shared everything from calls with fellow players to work-out routines and their own homeschool struggles, using social media to give fans glimpses of what they’re missing since sporting events were canceled or delayed.

Many athletes are also using Instagram to announce their donations and philanthropic endeavors during COVID-19, like Zion Williamson of the New Orleans Pelicans announcing his pledge to cover the salaries of those employees at the Smoothie King Center, where the Pelicans play, displaced by the cancellation of the NBA season.

Marble Races And Labradors Capture The Attention Of Sports Fans

Being stuck at home can lead to new habits and hobbies, including following unusual sports or, in the case of British broadcaster Andrew Cotter, creating them. Cotter, who usually provides commentary for golf, rugby and tennis, decided that he would use his skills to narrate competitions between his two labradors, Olive and Mabel. The cheeky and charming videos were watched by more than 10 million people on Twitter. Cotter’s soothing, commentator voice and the exciting last-minute grab of the toy by Mabel was a sweet and funny distraction during self-isolation.

Another strange development in the world of competition is marble racing, which has seen a huge uptick in popularity during self-isolation. A popular YouTube channel called Jelle's Marble Runs (JMR) has garnered millions of views, earned 150,000 new subscribers, doubled their Twitter following and tripled their Instagram following since quarantines began around the world. In addition to their usual racing videos, JMR has launched Marbula One, featuring teams from the Marble League competing in races inspired by Formula 1. A Marbula race from April 18 already has more than 380,000 views on YouTube.

According to The New York Times, “Greg Woods, 31, of Iowa, a commentator for Jelle’s Marble Runs, said the races provide the same emotional experience as sports with human players. ‘There are still underdogs and upsets — something to cheer about,’” Adding, “I don’t think we totally realized the role sports played in our lives until it was gone, and what that meant emotionally. When you don’t have that outlet, I do wonder if it’s something that people look for: the thrill of victory and the agony of defeat.”

Whether it’s average Americans trying their best jump shots, bored athletes sharing their routines, labradors in food-eating battles or gripping marble races, the public is embracing the world of competition in whatever ways they can, searching for normalcy and enjoyable distractions. For ESPN, keeping fans excited and engaged is integral to community building and maintaining loyalty throughout this unprecedented time in sports.