Celebrity endorsement marketing strategies go back as far as the concept of celebrities. In the early 1900s Mark Twain co-branded pens and Ty Cobb had his own tobacco. The allure of a product endorsed by a famous person was powerful then, and that attraction continues today. 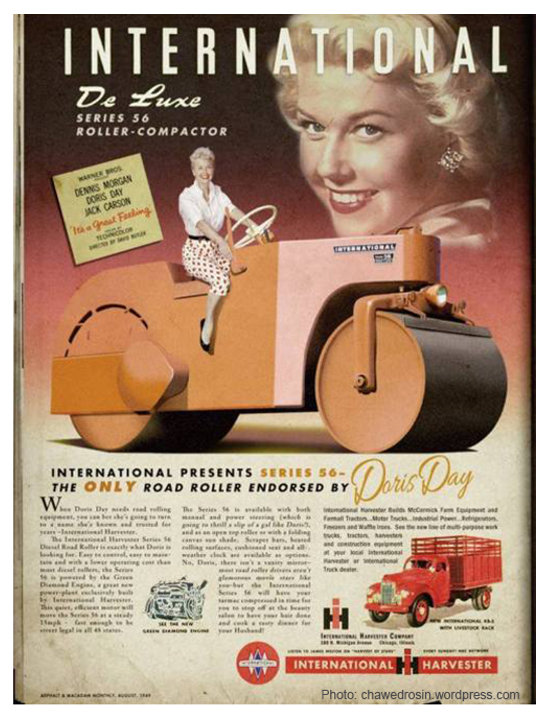 The benefit of a celebrity starring in a commercial or print ad has changed over time, for both the brand and the celebrity. In the 1950s, Doris Day shilled for Harvester road rolling equipment (“a name she’s known and trusted for years!”), hardly a match of product and star most would expect. The 1990s and 2000s ushered in the era of mutually beneficial joint marketing deals, product creation and co-ownership, with celebrities at the forefront of these branding decisions.

The recent release stateside of several new Nespresso commercials starring George Clooney, who previously kept his association with the coffee company primarily overseas, may indicate celebrity endorsements have entered yet another era. The accessibility of celebrities through social media, the rise of branded philanthropy and the fluid nature of television, film and streaming have changed how celebrity endorsements are perceived.

In the 1950s, Endorsements Were Marketing Tools for Advertisers and Celebrities Alike 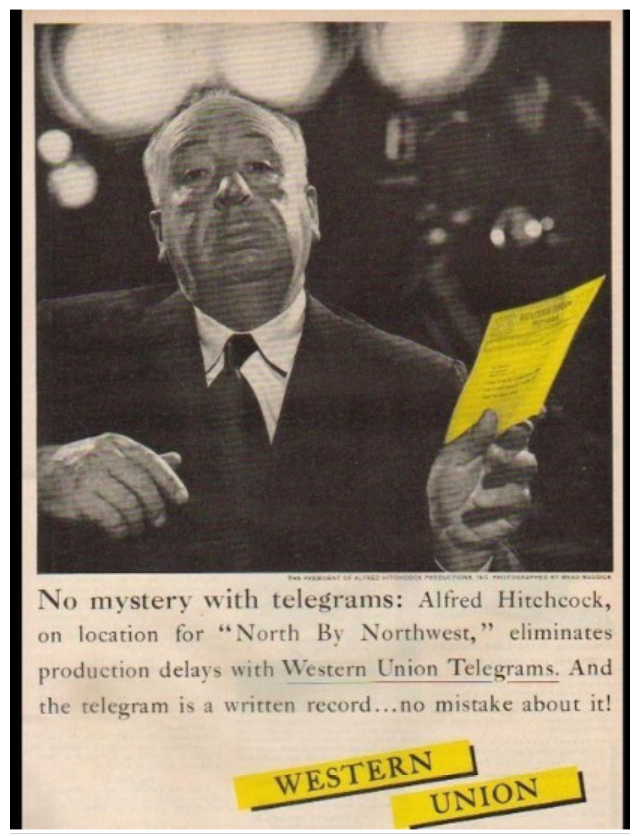 The 1950s saw endorsements of every type of product from huge stars. The chocolate company Whitman’s recruited spokespeople as well-known as Humphrey Bogart, Elizabeth Taylor and John Wayne to appear in ads for their famous Whitman’s Sampler. The stars were paid with free chocolates and an agreement to mention their latest films in the advertisements. It’s hard to imagine a movie star doing that today, when Brad Pitt supposedly earned $4 million dollars for one Super Bowl commercial a few years ago. But in the 1950s, endorsements were an effective strategy to reach additional markets while increasing celebrity profiles. Without social media and a proliferation of celebrity news, stars had to choose alternative avenues to promote their brands.

The endorsements of the 1950s often had little connection to the actual personality or interests of the celebrities, and ads were often accompanied with awkward taglines that somewhat painfully tried to integrate the products and stars. For example, Alfred Hitchcock promised there was no “mystery” to sending a Western Union telegram. However, in addition to notoriety, additional income or new niches granted to stars from endorsements, the brands garnered associations linked to the stars’ credibility and trustworthiness.

The proliferation of television sets led to a massive increase in advertising expenditures by 1960. Advertising agency J. Walter Thompson Co., saw its billings increase from $78 million in 1945 to $172 million in 1955 and $250 million by 1960. The 1960s are considered the decade when TV came of age and figured out advertising for the masses. It was also a time of great creativity and artistic expression in the advertising and marketing world.

“Advertising provided the information and incentive to keep [consumer] consumption at an all-time high, but it was perhaps best known during this decade for its ‘creative revolution’— in which traditional styles and formats were discarded in favor of the ‘new advertising,’ characterized as irreverent, humorous, self-deprecating, ironic and resonant,” according to an analysis by Ad Age of this time in advertising. Appealing to young buyers was a key component of this innovative marketing approach. The counterculture movement of the 1960s brought distrust of many corporations, so agencies attempted to counter that cynicism with humor, like in the Woody Allen Smirnoff ads, which featured the geeky new-to-the-scene comic in a series of silly set-ups promoting the vodka company.

Despite the rise of commercials, most celebrity endorsements were still only in print ads in the 1960s. A common exception were integrated advertisements, facilitated by brand sponsorships of TV shows and often featuring actors in character, like this spot with Andy Griffith and Ron Howard.

In the 1970s, Brands Used Market Positioning and Athlete Endorsements to Find Success

The 1970s were more systematic in their advertising. A recession, government regulations requiring stricter adherence to truth and fierce competition from foreign markets created an environment where market positioning became the norm.

This move toward brands amplifying market position was most famously on display with the cola wars, launched in 1975 with the Pepsi Challenge. The battle lasted decades and featured many celebrity endorsements. The most famous of the 1970s, featuring football star Mean Joe Greene, illustrated both the athlete as pitchman and the marketing style that defined the time period. 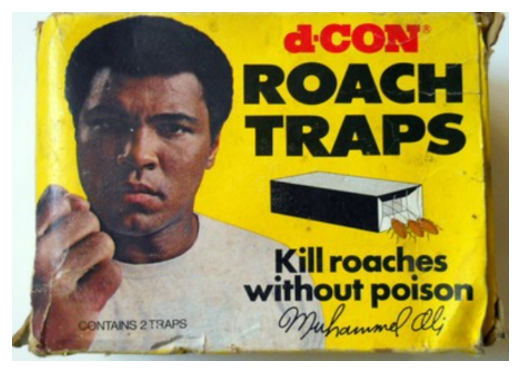 While Mean Joe Green’s Coke ad was an effective pairing of star and product, the 1970s also included a rash of seemingly misaligned endorsements from athletes ranging from Muhammad Ali pitching roach traps (his picture was on the box!) to the famous commercial featuring Joe Namath’s legs in a pair of Ultramist pantyhose. Ask any person of a certain age from Baltimore, and they’ll likely remember Jim Palmer as a Jockey underwear pitchman.

Money. Cheddar. Scratch. Benjamins. The 1980s was all about cold hard cash. Unprecedented mergers of advertising agencies created massive international reach for brands, while brands were also acquired in huge deals. By 1990, two-thirds of the 100 largest advertisers had new ownership. Ad Age called it “the decade of the deal” with good reason.

All this money brought celebrities to the table in the form of large sponsorship deals. Pepsi launched their New Generation campaign with Michael Jackson. He signed two separate deals with Pepsi in the 1980s, totaling more than $20 million and fully integrating the Pepsi brand into the Michael Jackson brand. “It was definitely game-changing,” says Brian J. Murphy, Executive VP of Branded Entertainment at TBA Global. “You couldn't separate the tour from the endorsement from the licensing of the music, and then the integration of the music into the Pepsi fabric. If you pulled any one of those pieces apart, it really took away from what the campaign was all about.” It was the beginning of the star driving the campaign in a way that had never been seen before.

Another example of co-branding and integrated marketing involved a young athlete named Michael Jordan. His $2.5 million dollar endorsement deal with Nike in 1984 included custom-designed Air Jordans, the first branded shoe that incorporated an athlete’s specifications. At $65 a pair, the shoes were very pricey at the time, but Nike moved $70 million dollars’ worth the first year of their release. 34 years later Jordan regularly clears $100 million dollars annually from sneaker royalties.

The era of doing a commercial for a lark, or a little bit of extra money or exposure, was over. Celebrities were big business, and marketers were cashing in.

The 1990s was a time of fragmentation in the buyer’s market, due to the growing power of immigrant and minority communities and the opportunities that new technologies presented to marketers. According to an AdAge article about the era, “Specialized consultants began to insert themselves into the traditional relationship between agency and client. Experts appeared in database marketing, interactive media and all areas of market segments defined by race, ethnicity and values. They offered assistance to marketers unhappy with the services they were getting from large agency holding companies, which began to be perceived as aloof and unresponsive.”

A more diverse consumer base led to niche markets and targeted campaigns. Simultaneously, agencies looking to garner trust and more complex deals incorporated marketing communications services into their pitches to advertisers. Multi-faceted campaigns offering PR, promotions and online advertising, created a platform for the wide-reaching brand ambassador roles that would grow throughout the next 20 years.

The symbiotic relationship between star, brand and marketing campaign has some of its roots in the world of hip hop — a powerful coalition of performers who could sell everything from fashion to expensive champagne. “Hip-hop completely opened the eyes of other music genres as to how to relate to corporations and not be seen as sellouts,” says Steve Stoute, an ad executive who has matched celebrities and brands including Justin Timberlake with McDonald’s, Gwen Stefani with Hewlett-Packard, and Jay-Z with Reebok.

Sprite represents one of the most enduring examples of the relationship between hip hop stars and brands. The cola brand curated the market that listened to rap and drank Sprite, by seeking out artists that were more underground. This helped Sprite establish credibility in the hip hop community. A Tribe Called Quest, considered pioneers of the alternative hip hop movement, were beneficiaries of this niche approach.

It wasn’t just Mr. Clooney working his magic overseas. Many A-listers regularly represented brands in Europe and Asia in the early 2000s, including Angelina Jolie and Leonard DiCaprio. These endorsements were very lucrative for them personally and for their brands internationally. It remains relatively uncommon however, for stars of a certain stature to do television commercials in America.

Conversely, print ads feature many top celebrities. From perfume to fashion and water, print campaigns are part of an integrative marketing approach, calling their stars brand ambassadors and linking the products to their lifestyles, or at least their perceived lifestyles, as in the case of Jennifer Aniston and Smartwater.

Following the explosion of social media, and its role as advertising game changer, differentiating between influencer marketing and celebrity endorsements is tricky business. Millennials often trust influencers they consider peers and thought leaders more than celebrities. For example, a teenager today is far more likely to know and trust Liza Koshy, a YouTuber with 45 million followers, than any particular movie star.

So, why did George Clooney finally bring his commercials to the U.S.? His role as Global Ambassador for Nespresso allows him to use his star power to impact their sustainability efforts, improve the lives of coffee farmers and work closely with the brand as an influencer. His decision was also likely a result of marketing and advertising adapting to new buyers, who expect more from their brands and less from their stars. For Nespresso, as with any brand looking for the best use of their marketing bandwidth, the deal to bring Clooney stateside created a potentially lucrative media moment, and that’s worth its weight in espresso.