To promote their Famous Bowls, which include fried chicken, corn, cheese and mashed potatoes and are, for a limited time, priced at $3 per bowl, KFC gave consumers free bowl haircuts at salon Ludlow Blunt in Brooklyn on January 10. Instead of “FCK,” KFC’s apology campaign, we’re saying FCK yeah! 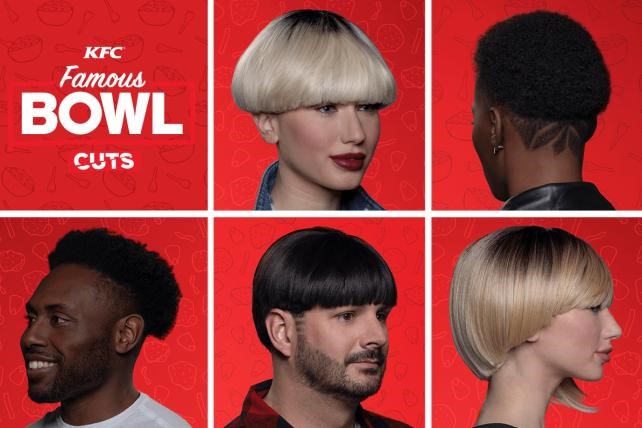 Consumers chose from a variety of styles:

We asked digital marketers in our office how they felt about a free bowl cut from KFC:

Reaction from a woman in her 20s:

It’s absurd and I would never do it. It’s creative on KFC’s part, but no.

Reaction from a woman in her 40s:

I think it’s ridiculous. I like the audacity of KFC’s marketing strategy. But I think this is a little silly, because I’m not sure anyone will do it. Also, the haircuts are hideous. 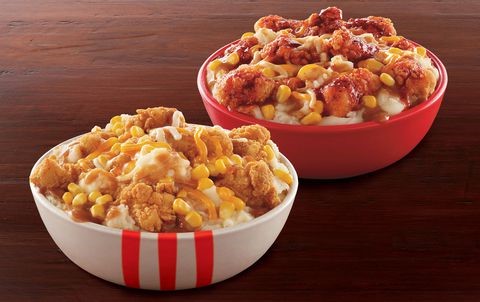 Reaction from a woman in her 40s:

Reaction from a man in his 20s:

I’ve got bills. A free haircut sounds good. Plus, Oliver Tree [American vocalist] is definitely bringing the bowl cut back. It’s a look.

Reaction from a man in his 20s:

Are bowl cuts coming back? Maybe I’d do it if I were going to get a buzz cut right after. It’s an engaging tactic, but it’s not for me.

Reaction from a man in his 40s:

I’m surprised KFC is venturing out into bowls. The haircut is a gimmick and will probably get great interaction. I wouldn’t get the haircut, but maybe someone will. ­

We don’t think KFC expected many consumers to take advantage of a free bowl cut, but rather, it appears this was stunt to garner buzz. And they’ve succeeded. KFC’s bowl haircuts were reported on by notable food-focused publications like Delish and Food & Wine and by several marketing news sources like Ad Age, QSR magazine, Forbes and you’re reading about it in DMS Insights now. Plus, the hype has built desired awareness for their Famous Bowls. KFC prides themselves in quality fried chicken and now, in five “stylish, modern-day” bowl cuts.