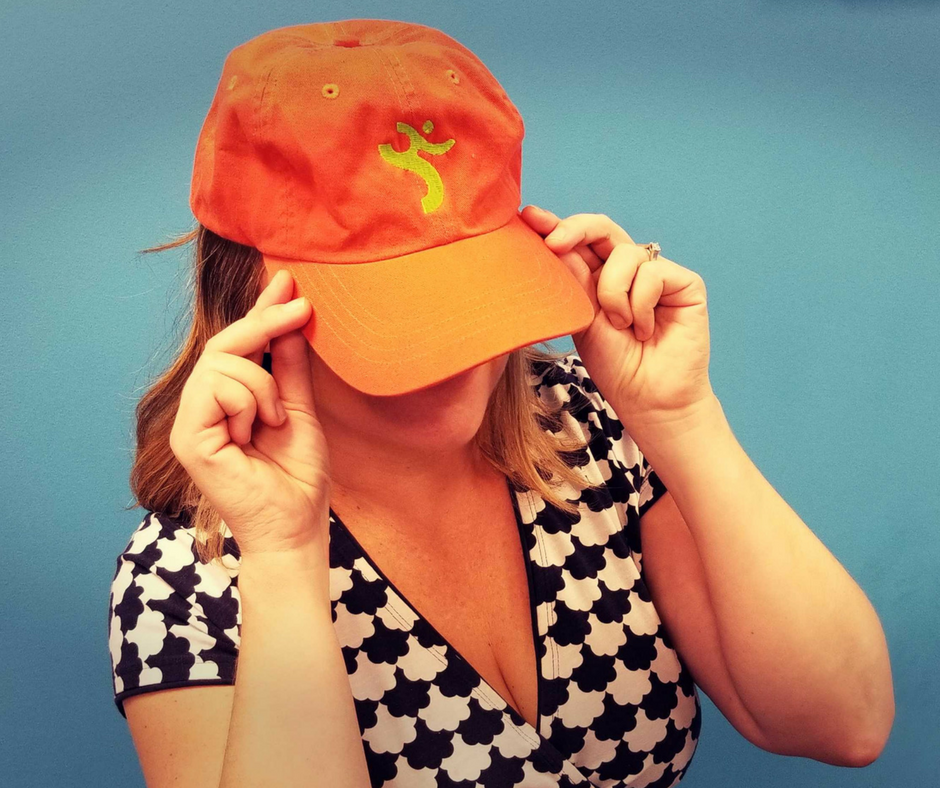 As a 20-something living in Washington, DC, Kozmo.com was a little bit of magic in my life. On a hot summer day, at 2pm I could order a pint of Ben & Jerry’s and it would be delivered to me by 3pm for $3.69 with no delivery charge and no tipping allowed. On the release day for Madonna’s album Music in 2000, I was listening to the new tracks by 10:00am, thanks to Kozmo.

Although I used the Kozmo.com service regularly, I knew it was too good to be true. I was paying retail prices with no upcharge, no delivery fee and no tip. I feared my every purchase was bringing them closer to their demise. I was right. 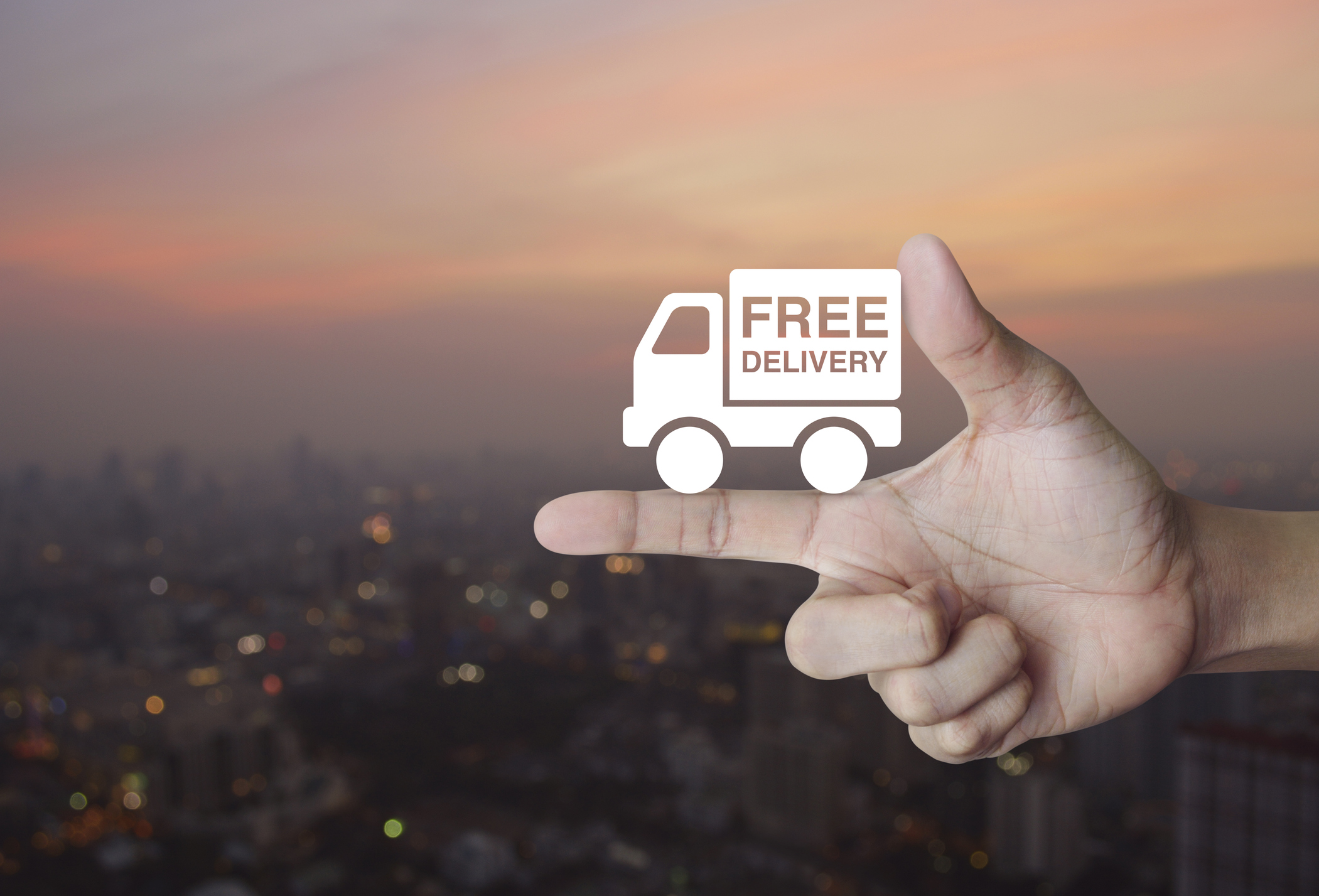 Launched in 1998 by New York City-based investment bankers Joseph Park and Yong Kang, Kozmo.com was venture-capital funded with $250 million in investments coming from companies including Flatiron, Chase and Amazon.

When Kozmo launched, there were no minimum purchase requirements and no delivery fees. Bicycle messengers clad in Kozmo-branded helmets handled most of the deliveries. Immediately, the Kozmo business model was criticized, as many business analysts questioned how Kozmo would ever make a profit.

At their height, Kozmo employed 3,300 people and delivered to urban locations with high internet penetration rates, including Atlanta, Boston, Chicago, Houston, Los Angeles, New York City, Portland, San Diego, San Francisco, Seattle and Washington, DC (my home during the Kozmo era). Their target audience was focused on people in their early 20s (like me). We represented the generation that spent the most time online and was the most comfortable with online shopping, but most of us were still years away from high-paying jobs that would put disposable income in our wallets. 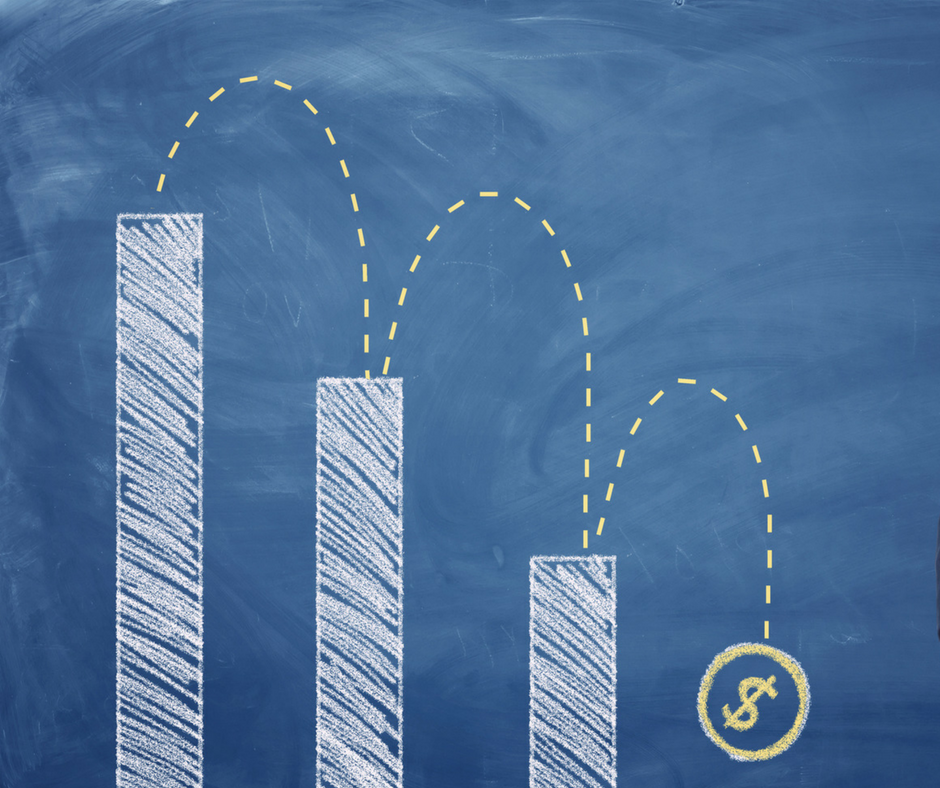 According to the 1999 Kozmo SEC filing, Kozmo achieved $3.5 million in revenue that year and $1.5 million in gross profit. But they didn’t calculate delivery in their cost of goods sold. With delivery costs extracted from their gross profits, the 1999 gross profit for Kozmo dropped from 43% to -50%. Ouch. Each purchase depleted their bank account more.

After the dot.com bust of 2000, capital dried up and the willingness to invest in online-based companies waned. Kozmo was bleeding cash and struggling to survive. As they searched for investors (and filed an IPO and attempted to merge with L.A.-based grocery delivery service PDQuick), Kozmo laid off staff, reduced delivery locations, added items with higher margins and implemented delivery charges. Kozmo also tried to expand their target audience to older, more affluent individuals and customers less likely to shop online. The company once focused on innovating online shopping actually mailed out catalogs and encouraged recipients to place orders by phone.

At the time, Kozmo’s business plan seemed incomprehensible with failure inevitable to many business analysts and professionals, as shown by a statement made by Michael Drapkin, Founder and Principal of Drapkin Technology Corporation, an e-commerce consulting firm, shortly after Kozmo shut down: “The whole thing about same-day delivery is that they run ultra-efficient operations on paper-thin margins. Even if you could corner the entire market, you could never get enough to be able to get a return on investment of $280 million.”

Gerry Burdo, President and CEO of Kozmo in 2001, disagreed. During the period after Kozmo ceased business operations, Burdo explained their downfall as the result of market conditions and timing: “Given more time and more hospitable market conditions, Kozmo would have succeeded in rounding the corner and would have continued to grow… Some decisions made early in the company’s development combined with current market challenges prevented Kozmo from overcoming the challenges.” 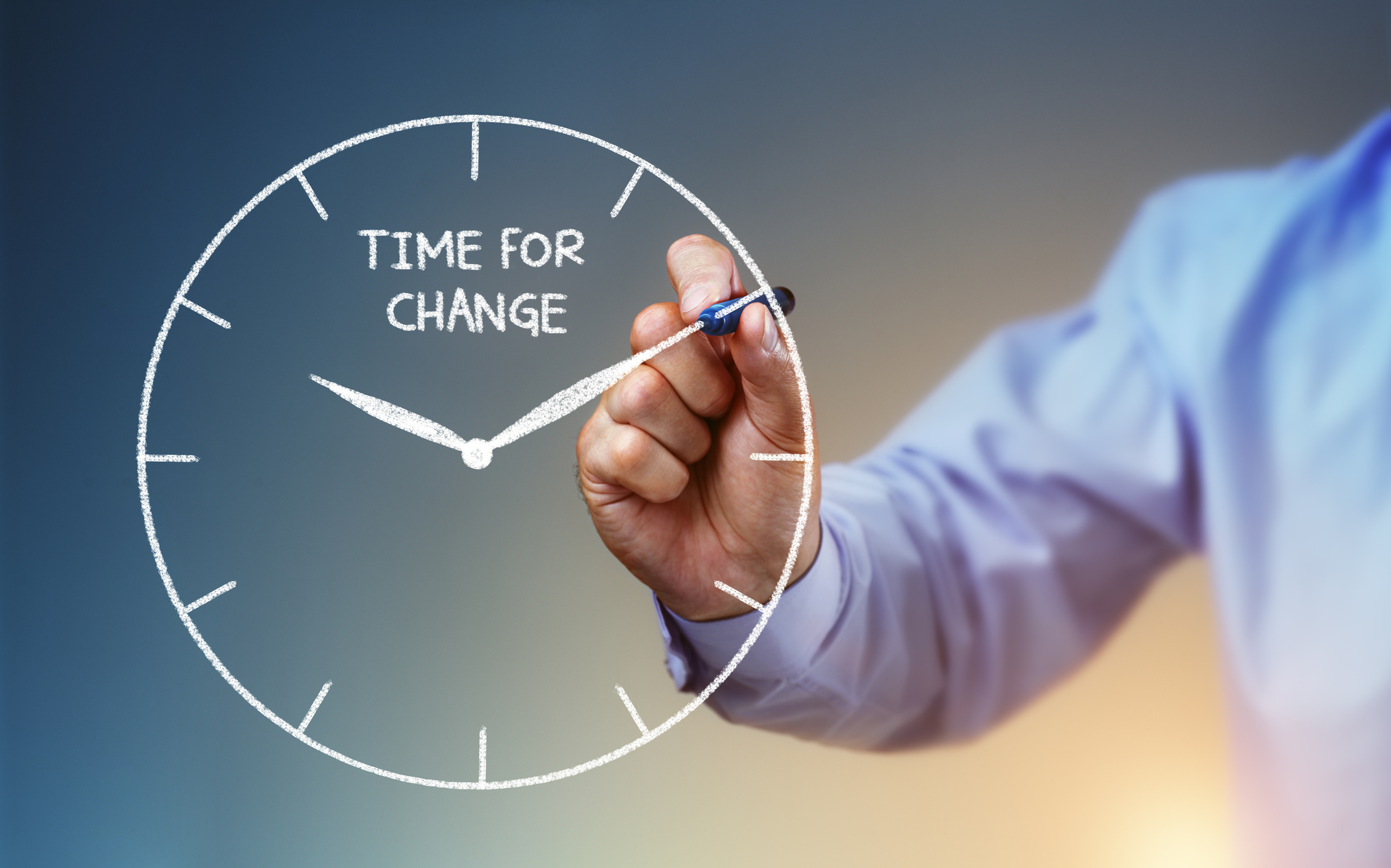 Seeing value in the Kozmo brand, Yummy.com purchased it in 2013. Earlier this year after watching the success of other last-mile companies including Amazon, Yummy relaunched Kozmo.com as an online warehouse club. “Kozmo.com is an iconic brand that millions of people remember,” stated Barnaby Montgomery, CEO of Kozmo and Yummy, an L.A.-based online grocery store with six retail locations. “In addition, it’s synonymous with convenience, so we felt that keeping the name with our updated offering was the perfect fit.”

Kozmo.com launched as a subscription-free warehouse club competing with the likes of Costco and Jet.com. Initially the new Kozmo.com provided next-day delivery in the L.A. area for bulk orders of limited grocery SKUs. Approximately a month later, Kozmo.com offered free two-hour delivery with a minimum $50 purchase. Kozmo.com is still exclusive to the L.A. area, but expansion is in its future.

Although none of the existing Kozmo leadership is part of the Kozmo.com 2.0 team, it’s easy to imagine the new Kozmo as a matured version of the original with monetization and patience built into the business plans.

In 1998, Kozmo was on the bleeding edge of e-commerce. Internet penetration rates were low, high-speed internet was slow, most consumers feared online shopping and quick delivery was novel. 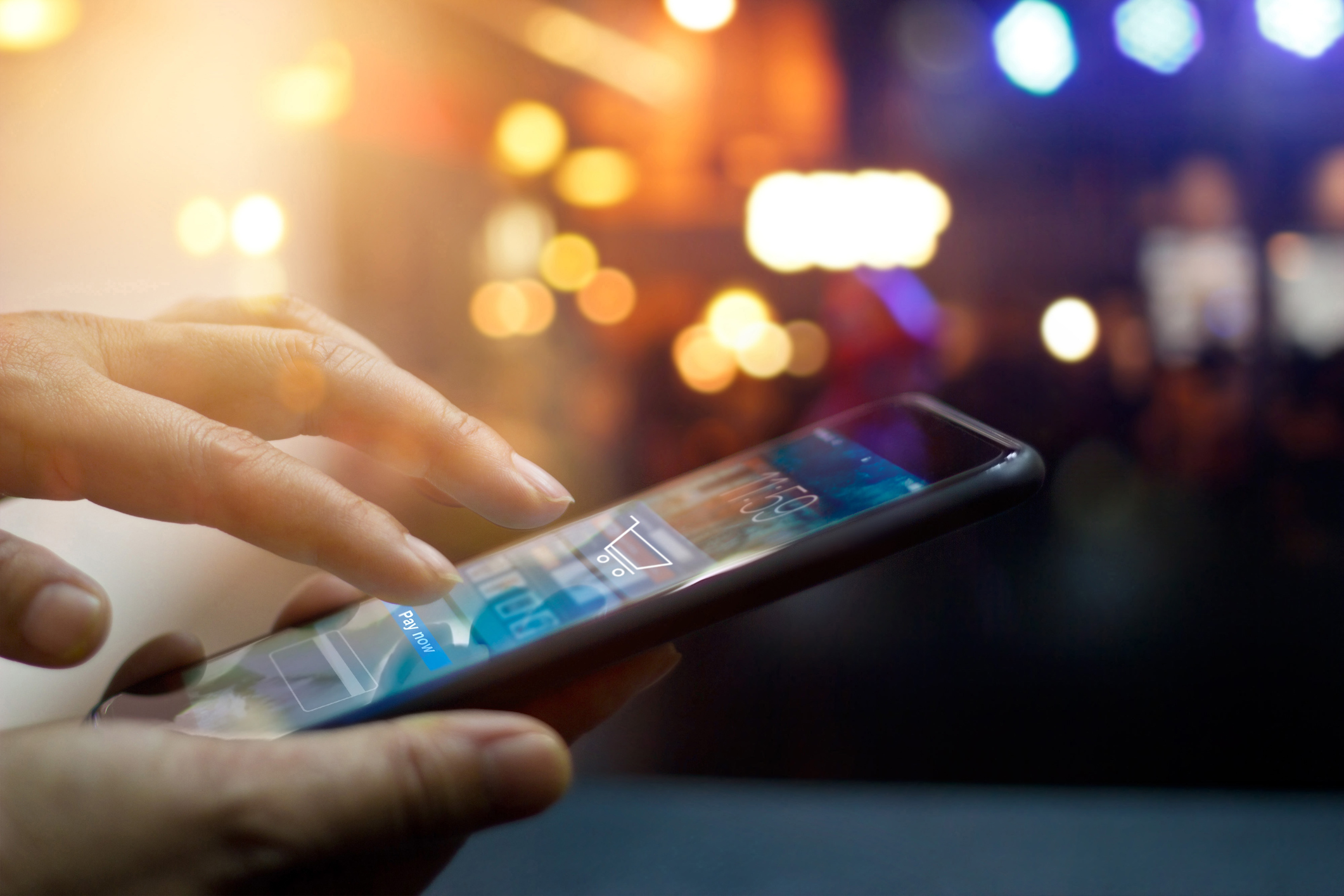 Twenty years later, 69% of U.S. consumers hold the internet in their hands with high-speed connections on their smartphones, and the U.S. e-commerce industry has grown to $461.6 billion. Shopping online is now easy and comfortable, online grocery shopping has started to take off in the U.S. and almost-instant delivery of goods purchased online is expected.

Anticipating Kozmo.com 2.0 shortly after Yummy purchased the brand, in a 2014 Wired article, reporter Robert McMillan summed up Kozmo’s potential in the new connected world of online shoppers: “Now that the internet has become a much bigger part of our lives, now that we have mobile phones that make using the net so much easier, now that the Googles and the Amazons have built the digital infrastructure needed to support online services on a massive scale, now that a new breed of coding tools has made it easier for people to turn their business plans into reality, now that Amazon and others have streamlined the shipping infrastructure needed to inexpensively get stuff to your door, now that we’ve shed at least some of that irrational exuberance, the world is ready to cash in on the worst ideas of the ‘90s.”

Many people believe there are no new ideas, that everything new is really a reformulation of something that existed already. If that’s true, all you need to do for innovation is look to the past.

Outside the box ideas can start from inside the box. Don’t be shy when seeking inspiration. Go wide and go deep. Study business successes and disasters. Look outside marketing. Talk to friends and competitors. Survey your customers and those who have yet to convert. Be patient. Go bold. Have fun. Work hard. Most of all, never be afraid failure. Unless you fail to learn, you’ll always be moving forward.

Looking for more inspiration? Subscribe to DMS Insights and get inspired to reimagine the win, visualize your victory and elevate your marketing performance.

Do you have a story of business or marketing innovation you’d like to share? Email marketing@thedmsgrp.com to give us some details, and we’ll reach out to learn more.