Over the past 10 years, luxury item demand has increased exponentially as the number of wealthy individuals has increased.

The Meaning Of Wealth In The United States

The U.S. has by far the highest combined volume of high net-worth individuals and holds some of the most prominent buying power in the world. According to Statista, a YouGov survey concluded that the American public deems an individual as rich if they make $90,000 or more a year. 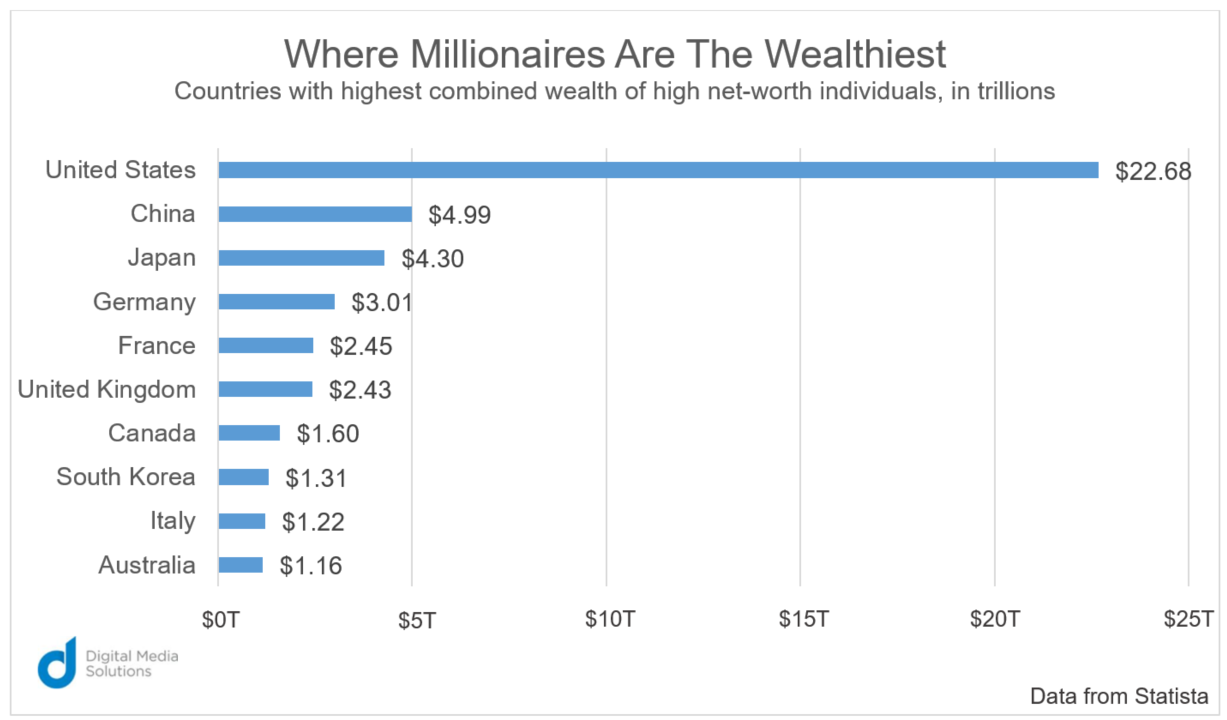 Who Is Buying Luxury Goods

A common misconception is that luxury good buyers are all wealthy, white and female. But more than half of luxury item shoppers are male, according to a new study by Epsilon and the Luxury Institute, and many luxury product buyers aren’t wealthy. Plus, many of these shoppers are of Asian and Middle Eastern descent. Many luxury brands poorly market their products and therefore, lose 50% of their top consumers, according to the Epsilon and the Luxury Institute study.

Plus, according to a study from the Proceedings of the National Academy of Sciences (PNAS), many consumers equate a product’s price tag to its quality, assuming the two come hand-in-hand, which is not always true.

But aside from the products themselves, the demand of luxury items is driven directly by consumers’ emotional needs. Psychology Today reported, “Consumer purchase of luxury brands frequently is driven by perceptions about self-identity, ideal self, social comparison and other ‘self’ motivations.” For some consumers, purchasing luxury goods aids self-esteem and provides a feeling of power.

Psychology Today also noted that for some, “luxury is an integral part of their lifestyle,” as it evokes “perceptions of authenticity and timelessness,” perhaps a need developed in part from the prominence of wealthy lifestyles displayed on social media.

The Demand For Luxury

The most popular luxury items that have seen dramatic increase over the past 10 years are rare whiskeys at a 582% increase and cars at a 258% increase. Rounding out the top luxury items are jewelry (112%) and watches (73%). 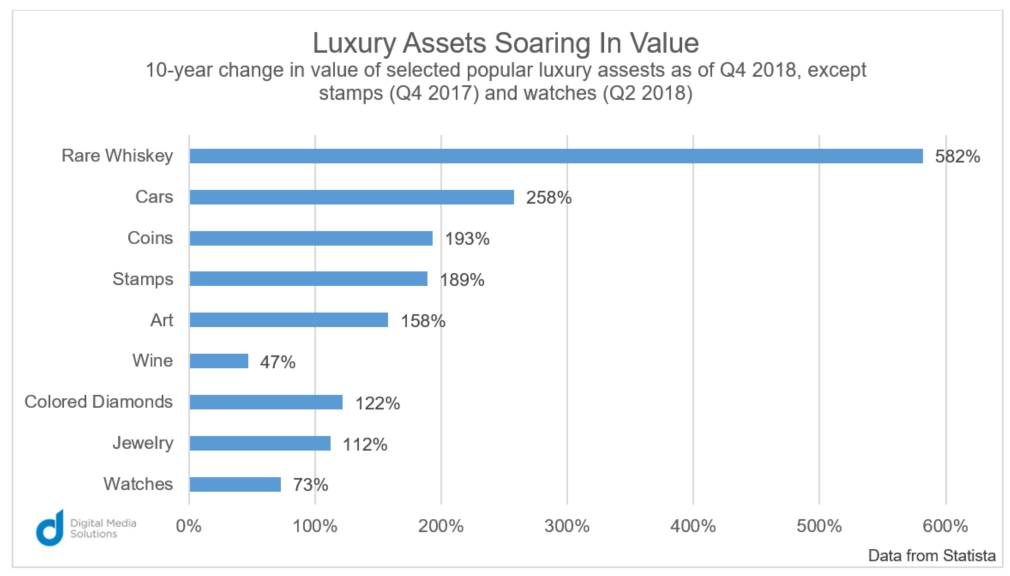 While wealth has risen and is prominent in the U.S., marketing has most definitely played a role in the desire for luxury items.

French luxury retailer Louis Vuitton (LV) debuted their Spring Summer collection, featuring loud prints and boxy cuts. Some of their bags retail for upwards of $5,000, like their Twist PM purse, for example, while a bag from ALDO costs $50.

In the Spring Summer campaign video, LV uses models who are thin, serious and most importantly, high fashion. The LV brand is exclusive and their products are status pieces, which are intended to empower LV connoisseurs, making them more confident with LV bags on their shoulders.

Jaguar: Good To Be Bad

Jaguar, the British luxury car manufacturer, released a short film for their vehicles, promoting the high-end cars as the perfect addition to lavish lifestyles. The 2019 XJ base model starts at $76,000 while a four-door sedan from Kia, for example, starts at $22,990.

Jaguars, all with sleek bodies and stately interiors, are promoted as dangerous and sly, encouraging consumer desirability. The car brand’s short film radiates their extravagance and status. With a Jaguar, we’re told, any consumer can feel like a king.

Rolex: The Ultimate Accessory For A Posh Lifestyle

Rolex, the Swiss watch maker, positions their products as opulent accessories to the already posh individual’s life. A men’s watch at Walmart may only cost as little as $9.99 while a Rolex watch may start at $8,200 and can cost upwards of $56,000. But with a statement Rolex on his wrist, a consumer can take on anything, or so he believes.

Rolex’s latest advertisement for their Oyster Perpetual Yacht-Master 42 watch features an intense soundtrack and dramatic lighting, proving the watch to be more than a watch and more like a chance for an action-packed life.

Marketing luxury products often comes with the image of the perfect life, as brands shape what consumers desire. So long as there is money (or credit) to purchase luxury items, luxury brands will produce engaging campaigns that influence consumers’ financial decisions.