The role of first lady has evolved in many ways and adhered to tradition in others. As the spouse of the President of the United States, the first lady is expected to host state dinners and wave from porticos. But, as it is an unpaid role with no specific requirements, the rest of the job is open to interpretation. In the modern era, ambiguous job responsibilities have led many first ladies to use their positions to raise awareness about causes special to them.

Nancy Reagan, Laura Bush and Michelle Obama are well-known for creating foundations that aligned with their charitable aspirations. The marketing strategies they used, ranging from strategic personal appearances to robust social media campaigns, evolved over time but were always integral in launching and implementing the altruistic goals of the first ladies. And, of course, the powerful women at the helm of these foundations were pivotal to the successful growth of these causes so close to their hearts. 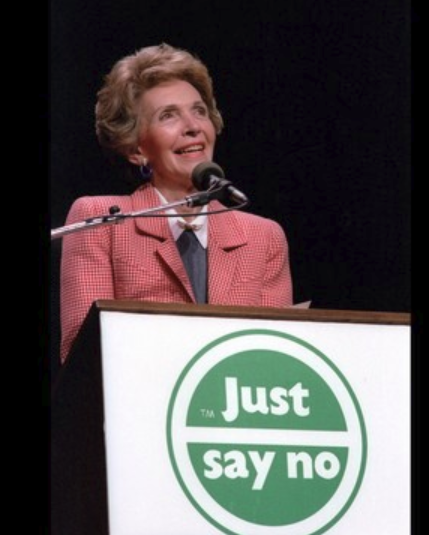 Launched in the early 1980s, Nancy Reagan’s Just Say No anti-drug campaign became her signature cause throughout her husband’s administration. Her dedication to this message took her on trips around the world, including to the UN, where she addressed the assembly — at the time the only first lady to have ever done so. In the pre-internet era, Nancy Reagan used television and her personal brand to promote the initiative.

The “Just Say No” phrase was created by a team of University of Florida students participating in a contest sponsored by the National Institute on Drug Abuse and was allegedly inspired by an off-the-cuff remark made by the first lady at an event with schoolchildren. “Just Say No” came to represent the central message behind the anti-drug campaign, namely how to fend off peer pressure and make better choices. Once successfully armed with a buzzy tagline, the first lady began promotional efforts that relied heavily on public service announcements (PSAs) and personal appearances.

Prior to the proliferation of channels and viewing options, PSAs were an effective way to reach a rapt audience and were therefore widely used as a cause-marketing strategy in the 1980s. Just Say No PSAs hit the airwaves hard, some featuring the first lady herself with celebrities like Clint Eastwood, while others included Magic Johnson, the Flintstones and Michael Jackson. Nancy Reagan also visited drug rehabilitation facilities, schools and professional sporting events, and she held rallies at the White House promoting her “Just Say No” message. As with future first ladies and their foundations, Nancy Reagan’s personal brand and connection with the public became the most useful tool for Just Say No, gaining popularity worldwide and creating a cultural phenomenon. 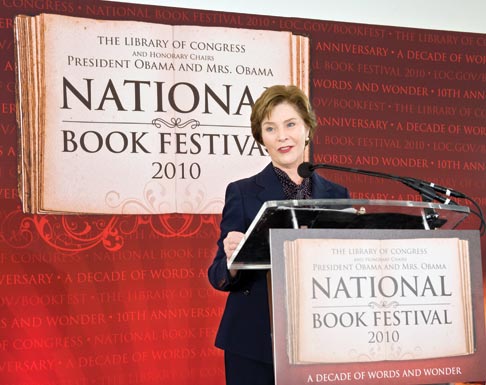 As a former librarian, Laura Bush championed literacy, the needs of students and educators, and access to schooling across the globe throughout her time as first lady of Texas and the United States. Her first major initiative involved public outreach, when she partnered with the Library of Congress to create the National Book Festival. Now entering its 19th year, this event is a major gathering of authors and over 120,000 book fans on the National Mall in Washington, DC. Ready to Read Ready to Learn and The Laura Bush Foundation for America’s Libraries also flourished under the first lady’s hands-on management and by aligning with one of her husband’s largest pieces of legislation: No Child Left Behind.

By choosing children as her niche market, Laura Bush was able to keep the branding of her message concise and her outreach focused. As an ambassador for her cause, Laura Bush traveled to schools, appeared on children’s television shows like Sesame Street and used the power of her position to assemble other thought leaders, motivating them to embrace her causes. After she became Honorary Ambassador for the Decade of Literacy at UNESCO, global outreach and education issues impacting women and girls in Afghanistan were incorporated into her platform. When Laura Bush branched out into women’s health issues, she partnered with existing foundations, including The Heart Truth and National Wear Red Day, to capitalize on their existing audience and provide her own notoriety to their efforts. 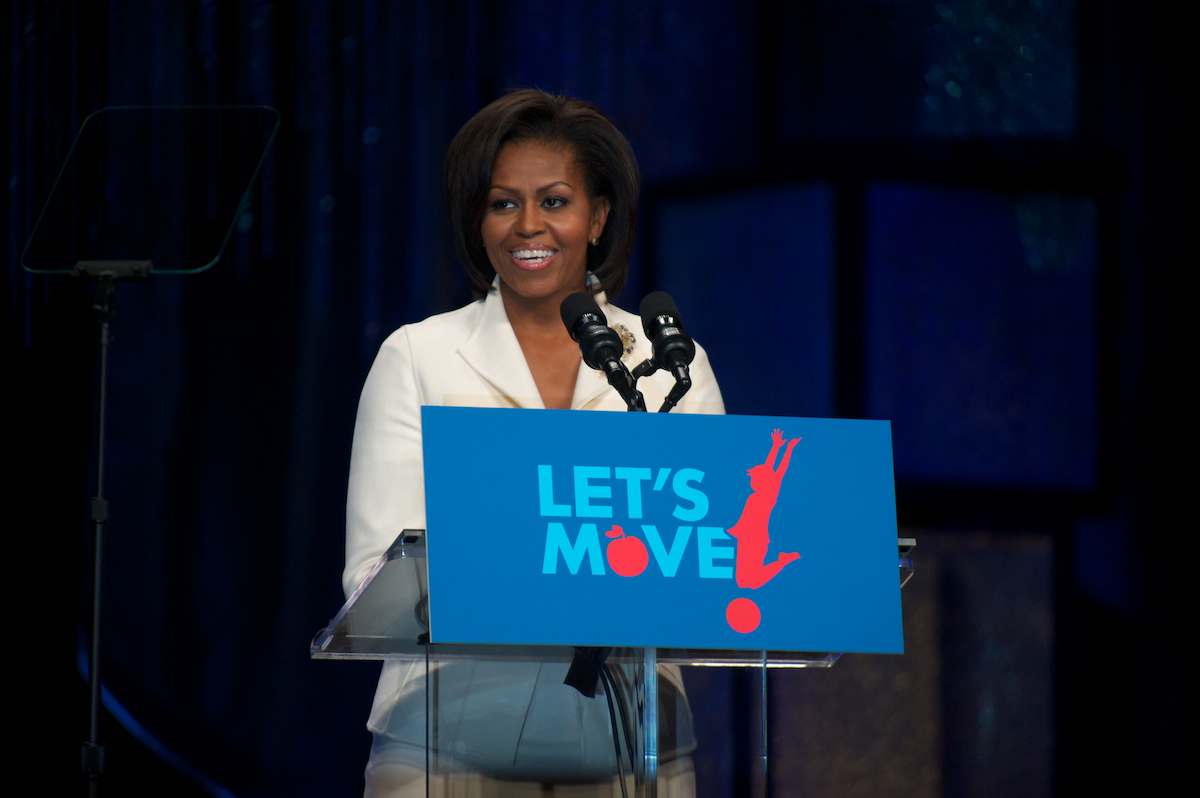 Prior to her husband becoming President in 2008, Michelle Obama found herself spending hours on the campaign trail, talking to people of every background. Of particular appeal to Michelle Obama was helping military families, which led to the creation, with Jill Biden, of Joining Forces. Once established in her role as first lady, and after assembling teams that could provide her with data, offer strategies and help develop effective short- and long-term goals, Michelle Obama also created Let’s Move, the Reach Higher Initiative and Let Girls Learn.

All the available resources of social media and the internet were deployed for Barack Obama’s 2008 election, ushering in a new era of multichannel political campaigns. This same comprehensive strategy was used for the many initiatives of Michelle Obama. In addition to the tried-and-true first lady methods, including personal appearances, White House events and television interviews, each of Michelle Obama‘s foundations was individually branded, had an active website and deployed dedicated Twitter and Facebook feeds.

The launch of Let’s Move included politicians, athletes and the local students who had previously helped the first lady plant the White House garden. And that was just the beginning of an inclusive, wide-ranging marketing strategy. The first lady attended many events in support of Let’s Move, exercising with school children, hosting a camp-out with Girl Scouts at the White House and working with health-minded organizations all over the country to further the goals of the cause.

With the Launch of Be Best, Melania Trump Continues the First Lady Tradition of Advocating for Children with a Hands-On Approach 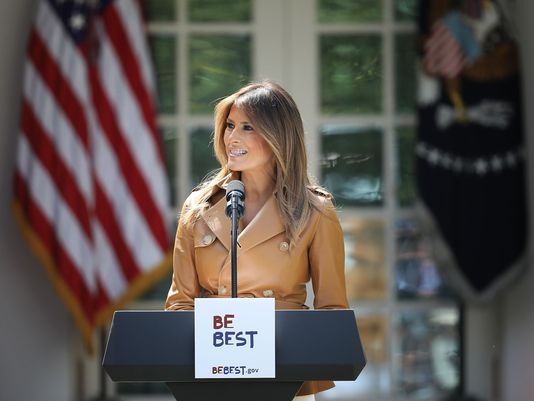 Melania Trump’s foundation Be Best also has children at the forefront. Though it is still a new initiative, the first lady has visited schools and hospitals around the world to advance a series of goals aimed at improving lives for children. As her foundation grows, so too should the marketing and branding tactics she uses.

For marketers working for nonprofits and other charitable endeavors – with or without famous people at the helm – optimizing new branding strategies can allow for a robust cause marketing campaign that highlights foundational goals, increases audience awareness and creates fundraising streams.