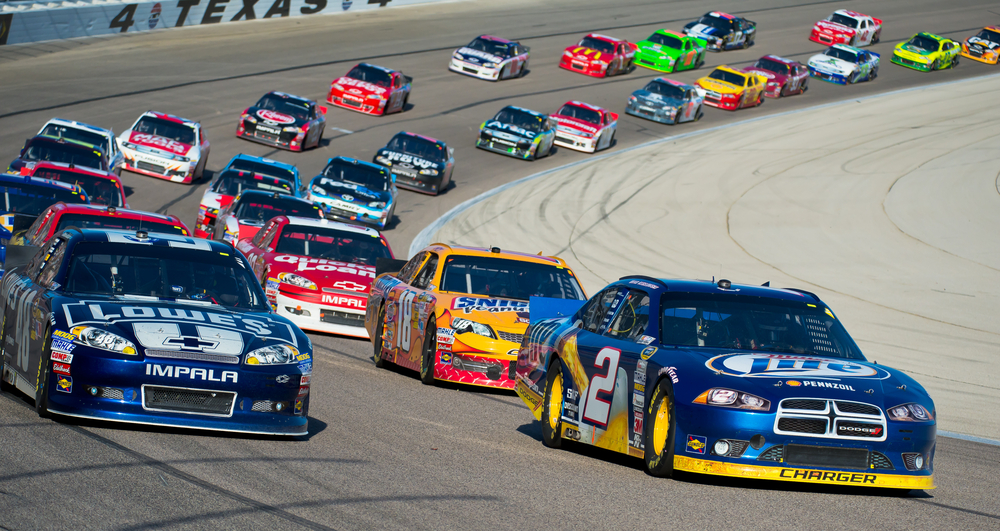 Between February and November of every year, NASCAR fans sit on the edges of their stadium seats and home couches, watching points rack up race after race. After nine months of watching logo-filled stock cars turn left, fans have finally crowned a 2018 Monster Energy NASCAR Cup Series Champion: Joey Logano.

The branding space on stock cars is especially valuable. After all, it’s what fans stare at for hours at a time.

Logano’s car spent 13.5 hours on screen during the 2018 season, an average of about 23 minutes per race.

Rounding out the “Champion 4,” or top four finishers in the Cup Series, were racers Martin Truex, Jr., Kevin Harvick and Kyle Busch. According to Nielsen Sport24, Harvick accumulated the most screen time of any car competing. 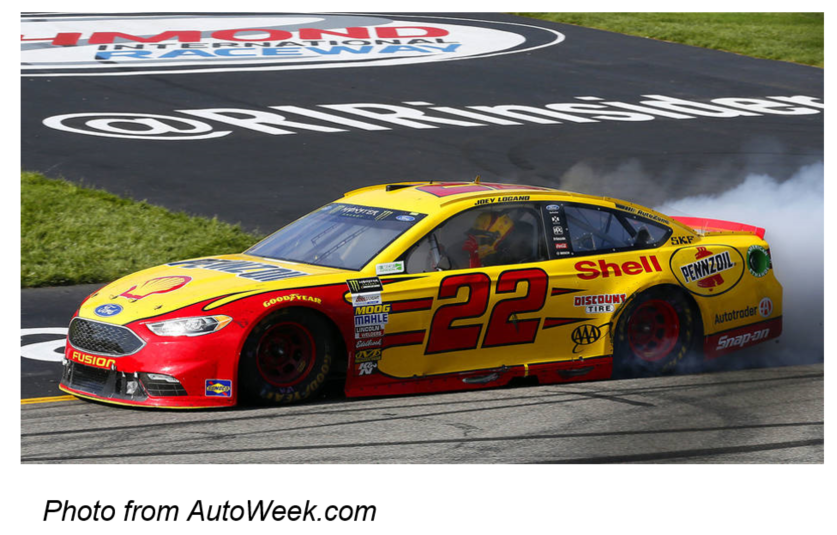 Nielsen found that 92% of devoted NASCAR fans are “likely to consider a company’s branding, product or service” based on sponsorship. While this number is significantly higher than the average population’s willingness to consider products based off of sponsorships (75%), it might not be surprising that NASCAR fans are so keen on endorsed services. Just take a look at champion Logano’s Ford Fusion stock car:

These logos establish familiarity and trust. If consumers recognize a brand’s logo and relate it to a positive experience, like watching a race, they may – consciously or subconsciously – be more inclined to support the brand by purchasing products or services.

The bigger following a driver has, the more potential consumers a brand can reach by endorsing the driver. Nielsen reports that NASCAR drivers generate an average of 14% extra exposure on top of broadcast values, proving driver reputation and their social followings are important factors for sponsorship value calculations.

Nielsen crafted an N-Score to calculate fans’ perception of public figures for each of the Champion 4 drivers. N-Score factors includes metrics like likability, awareness and success. Despite being the champion race, Logano’s N-Score lags behind the others in the Champion 4 group. 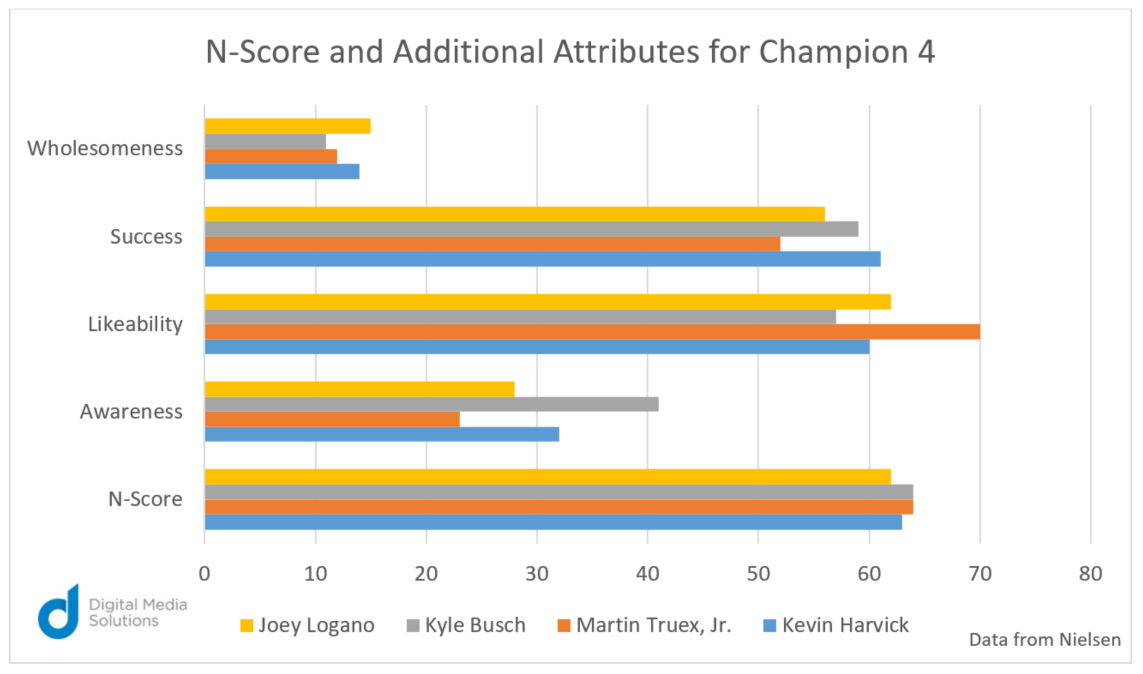 The Monster Energy NASCAR Cup Series viewership peaked at 5.8 million in the final quarter of the race. Despite declining numbers, NASCAR’s fan base is estimated to include 75 million consumers.

The NASCAR fan base makes up a diverse audience:

Marketing to NASCAR Consumers Doesn’t Have to be Pricey

Focus on the NASCAR experience. Consider fan micro-moments that occur while watching the races:

Take time to understand NASCAR fans and mull over their micro-moments. Recognize the needs and desires that come with these experiences. Then, position your brand in the right place – whether through social media, paid search or digital advertising – with messages that connect with NASCAR fans. Make your brand the solution consumers are looking for during their micro-moments.

Looking For Innovative Ways To Reach Your Target Audience?