“Part of being patriotic is being seen as successful, and to do that you’ve got to be authentic and effective,” said Brand Keys President Robert Passikoff.

Jeep Retains The Top Spot For the 17th Year 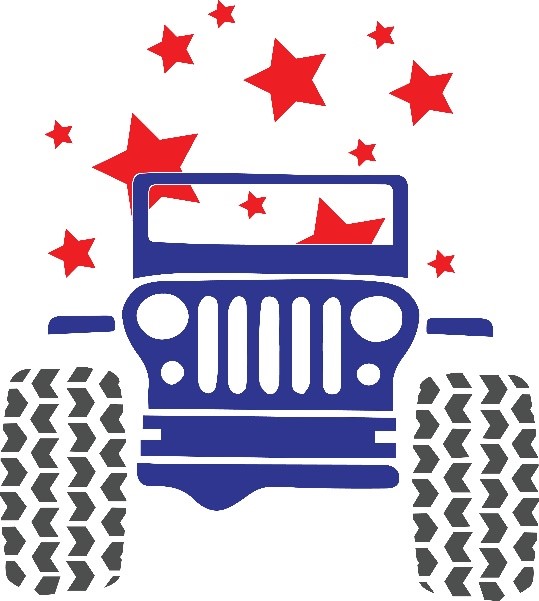 Perhaps it’s Jeep’s association with the military – Jeeps date back to the start of WWII in the 1940s, when the all-terrain vehicles were used by the Army – or the fact that most Jeeps are made in the U.S.A., but Jeep holds fast as a patriotic brand in the minds of the cross section of consumers surveyed by Brand Keys.

Jeep has certainly capitalized on their image as a trusted, heritage brand representing rugged American individualism and adventure. The company’s 2019 commercial “Big Game Blitz” featured the band One Republic singing the national anthem while iconic images of Americana (and Jeeps) play throughout the commercial. The spot feels authentic and positive, important factors when connecting with modern audiences.

“Where a brand can establish emotional connections with a value as powerful as ‘patriotism,’ consumers will engage more strongly, believe more about the brand and behave more positively toward the brand,” said Passikoff. “In most cases six times more.”

Other brands perceived as patriotic include Coca-Cola, Disney and Ford.

In 2018, Fox and MSNBC tied for fourteenth, marking the first appearance of news organizations in the survey results. This year the networks were joined by newspapers The New York Times and The Washington Post. It’s an interesting time for the news, culturally and in the evolution of the news business, so the appearance of newspapers on this list could be seen as a statement of support, particularly with digital media like Facebook dropping off the list.

“Brands always have to compete within category frameworks. They still do, but now they must also compete in socio-political contexts,” said Passikoff. “The challenge is to recognize that ‘patriotism’ isn’t just about ad campaigns and marketing surrounded by flags and fireworks. The new challenge is to build a brand where customers recognize a steady dedication of a brand’s state and stature among its competitors.”

Americans Are More Patriotic Than In Prior Years, Including Millennials 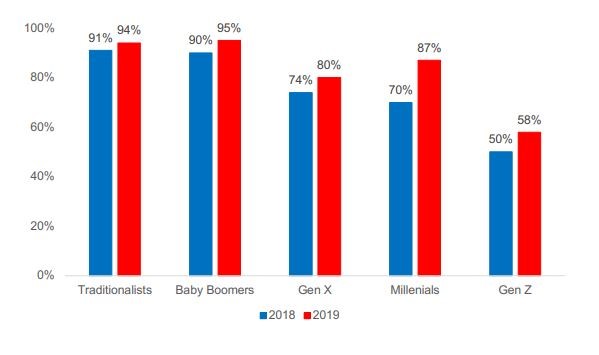 Across generations and political affiliation patriotism increased since 2018, with the biggest jump of 17% among Millennials. This increase in patriotism could change how consumers relate to brands who tap into the patriotic mindset.

For marketers, understanding the different motivations of consumers can be beneficial when trying to craft an image around patriotism. July 4th imagery isn’t a marketing plan, it’s a promotion, and consumers will be able to tell if a brand is pandering to them. Steady, commitment to our country, like Jeep portrays, is clearly more effective than bursts of patriotic advertising. Company history, family appeal, positive engagement and dependability may also be hallmarks of how brands are perceived as patriotic.