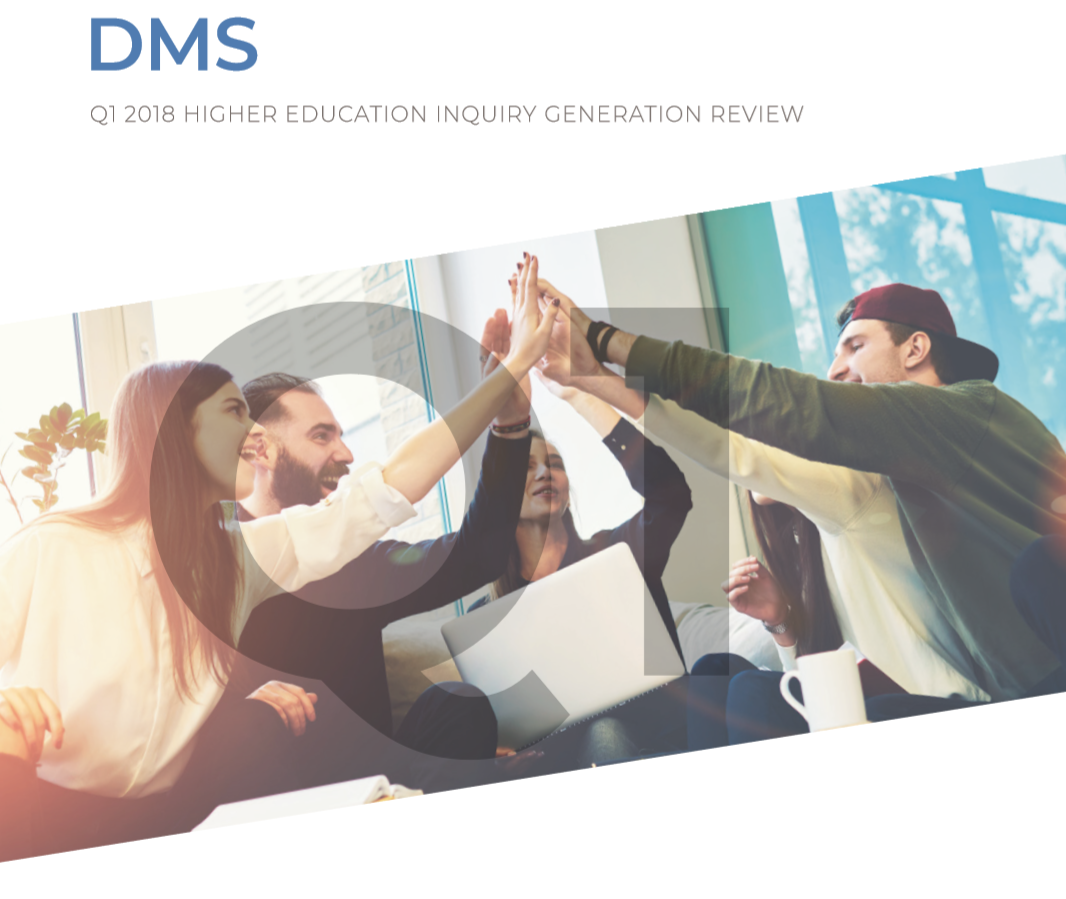 The Q1 2018 Higher Education Inquiry Generation Review, published by Digital Media Solutions (DMS), presents trends in inquiry generation and student acquisition activities of higher education institution. While our data discusses trends for the period of January 2016 through March 2018, we have placed an emphasis on reporting volume trends for January through March of this year.

The first quarter of this year saw a 13% rise in inquiry volume from last year’s first quarter and a 15% increase from 2017’s fourth quarter.

Throughout the first quarter of this year, and consistent with the first quarters of 2016 and 2017, third-party channels drove a little more than half of all inquiries. Third-party affiliate data lead volume was up nearly 15% year over year. 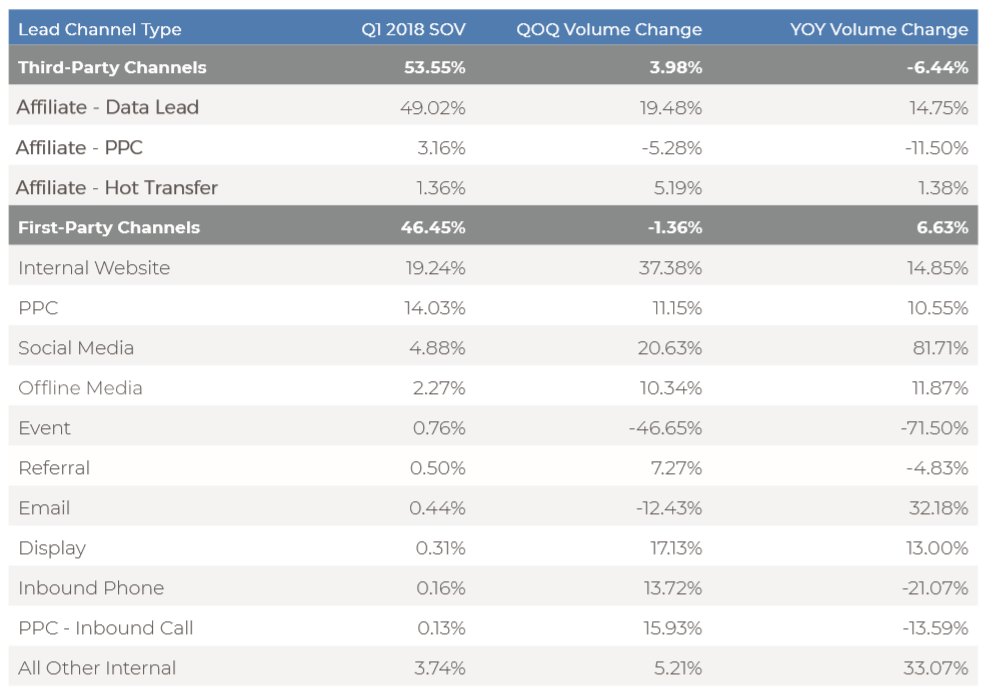 Internal website volume rose by more than one-third from Q4 2017 to Q1 2018 and delivered nearly one-fifth of all leads.

Unsurprisingly, the social media share of volume has been on an upward trend since the beginning of 2016.

Bachelor’s degrees accounted for more than one-third of all lead volume in Q1 of 2018, while associate programs brought in almost one-fifth of all leads.

Diploma-level programs were the most popular option for the campus-based format.

Health programs were extremely popular in Q1 of 2018, driving almost half of all campus-based program inquiries and about two-fifths of all online volume. Landing in second place across both formats, business programs were more popular in the online program category.