It’s almost time to cue up Christmas music, and this year the holiday tunes are definitely going to include 2018’s sleeper hit “All I Really Want for Christmas” featuring the iconic Kool-Aid Man and rapper Lil Jon. It isn’t every day a rapper sings with a giant pitcher, but partnerships between brands and rappers are quite common and have been a consistent go-to for a mix of brands since the eighties.

Run DMC Broke Ground With Adidas Sponsorship In The 80s

By the time Run DMC released their hit “My Adidas” in 1986, the groundbreaking rap group had already popularized street fashion, which included the classic Superstar Adidas sneakers.  Although  written in response to a novelty song slagging Superstars for being “felon shoes," "My Adidas" elicited such a response when performed live that one of Run DMC’s managers brought an Adidas executive to a Run DMC concert. The move ultimately landed the group a $1 million endorsement deal with the German shoe company.

It was unprecedented at the time for a non-athlete, especially a hip hop group, to get a sneaker deal. According to Mr. Porter, a luxury retailer website, “After Superstar sales hit close to half a million pairs in that same year, Adidas rolled out an entire Run DMC line, complete with sponsored tours. There were sweatshirts and tees dedicated to the Kings from Queens, plus leather tracksuits with eye-watering price tags.” The Adidas/Run DMC partnership brought a “rebel” vibe to the conservative German shoemaker and legitimized Run DMC, at a time when rap was still considered a fringe fad. 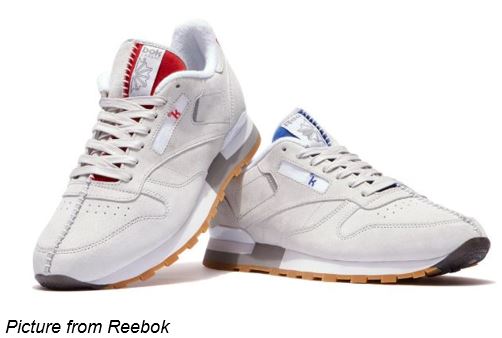 Since the eighties, many rap and hip hops acts have gone on to rep for sneaker companies. Reebok’s deal with Jay Z in 2002, a move the shoemaker made because they couldn’t land LeBron James, is considered a launch point for other popular rappers making names in the fashion business, including Kanye West and Kendrick Lamar whose collaborations with Adidas, Reebok and Nike have been mostly successful. Today, Jay Z’s business acumen is as much a part of his brand as his music, and his early brand partnerships played no small part in getting him the capital and reputation needed to scale his business growth.

Sprite And A Tribe Called Quest Brought Authenticity To Endorsements

According to a blog on Coca-Cola Australia, when Sprite hooked up with hip hop artists it was a part of Sprite’s effort to match their product to “a bold, youthful movement.” But as the Sprite partnerships with LL Cool J, Kris Kross and other performers progressed, they came to symbolize authenticity as well. Sprite recognized the stories behind the rap and sought out collaborations that valued the music, the people who made it and the community the music inspired.

Sprite’s deal with Kurtis Blow in 1986 was the first time a mainstream brand featured a rapper in a national commercial. By the nineties, Sprite was working with groups like A Tribe Called Quest, who trusted the affiliation and staked their reputation as a serious group on a spot in Sprite’s “Obey Your Thirst” campaign. “The thing Sprite did differently was that it didn't go after the most well-known artists or celebrities, they went to artists who had an appreciation of the culture, and the commercials had an authentic tone,” said Jamal Booker, Director of Customer Communications at Coca-Cola North America.  Other hip hop acts went on to be featured in soda commercials, including Busta Rhymes for Mountain Dew and Nicky Minaj and Ludacris for Pepsi, and many rappers continue to appear in Sprite spots.

Commercials featuring rappers are now more commonplace than ever, like Lil Yachty and Donny Osmond in a Chef Boyardee sing-along, Chance the Rapper excited about Doritos during the Super Bowl or Lil Jon caroling with the Kool Aid Man… or zip-lining for Hotels.com… or selling sandwiches for Jimmy John’s. (Clearly, Lil Jon has a nice side hustle going.) Rap and hip hop are mainstream now, and beyond just being featured in the commercials, many artists are sitting at the table for marketing pitches, collaborations and in-depth involvement with brands. Like any endorsement or partnership, an optimized marketing campaign must choose the right spokesperson and activation to support the brand. Hip hop artists often choose to be funny in commercials (see Lil Jon), but they can also bring authenticity, relatability and perspective to brands interested in attracting new markets or growing existing ones.

Are You Looking For Unique Opportunities To Optimize Your Marketing?