They’re crispy, coated in zesty Mexican seasoning and served with warm cheese sauce. You would think nacho fries would sell themselves, but Taco Bell continues to take the marketing of this breakthrough menu item to the next level. As with the previous launches (and re-launches) of nacho fries, Taco Bell uses cinematic spin in their nacho fries advertising. The release of the latest commercial, “Chasing Gold,” a movie-like faux trailer which embraces a delectable combination of parody and music in video marketing, effectively welcomes back (again) the beloved nacho fries.

Nacho fries were originally launched as part of a multi-item series of additions to the Mexican food chain’s dollar menus. Since the debut of nacho fries in January 2018, they have been the single most popular and profitable product launch in Taco Bell’s history. According to AdAge, since the item hit menus, one out of every four Taco Bell orders included nacho fries when the product was available. In the first two months of the nacho fries launch, fast food connoisseurs consumed more than 53 million orders of nacho fries across the U.S.

The initial launch of nacho fries was paired with the brand’s first faux trailer for “Web of Fries,” a 90-second spot featuring Josh Duhamel. This ad harnessed star power with engaging content encouraging viewers to think outside the bun. Nacho fries were re-launched in July 2018, accompanied by the trailer “Web of Fries II: Franchise Wars.” In January 2019, nacho fries were re-introduced a third time, but with a new cinematic adventure, a trailer starring James Marsden in a space odyssey-themed adventure titled, “Nacho Fries: Retrieval.”

Although welcome by many Taco Bell patrons, Taco Bell Chief Global Brand Officer Marisa Thalberg said the brand does not expect to make nacho fries a permanent part of the menu anytime soon. It is clear some of the appeal of nacho fries is the sense of urgency and temptation created by its spontaneous reappearance on the menu. “We know it works best for us as a limited-edition product,” said Thalberg.

“Chasing Gold” is an extended commercial featuring Emmy winner Darren Criss as a star on the rise. Disguised as a movie trailer, the spot portrays Criss as lead singer Zack Collins, an artist on the verge of his big break. Live Mas productions brings us movie magic as we follow Collins, an undiscovered sensation, whose star rises when he passionately belts lyrics like, “Cause you’re the love of my life/How can I find a way without your...Mexican Spice/ When maybe love only lasts for a limited time.” What is most distinctive about Taco Bell’s latest campaign for nacho fries is the addition of a soundtrack fit for a blockbuster hit in combination with a movie-like trailer and storyline. Also, the “Chasing Gold” song is fun and funny, which is relatable across generations of consumers.

Taco Bell is embracing a robust out-of-home (OOH) campaign approach in their promotion of “Chasing Gold.” The brand is pitching a potential live performance of the commercial’s headlining song, “Love of My Life” to the MTV Movie Awards. On June 11, Darren Criss introduced the three-minute ballad live on Z100’s Elvis Duran and the Morning Show, and the full song has subsequently played on various iHeartRadio channels since. The faux trailer is also scheduled to run in select movie theaters this summer.

“We’re excited to bring back such an adored menu item for our fans and, this time, fully immerse ourselves into the music space with ‘Chasing Gold.’ Our fans have come to expect these big-budget trailers with every Nacho Fries launch and this time, we wanted to surprise them, adding a song as good as our Nacho Fries that they soon won’t be able to forget,” said Thalberg. 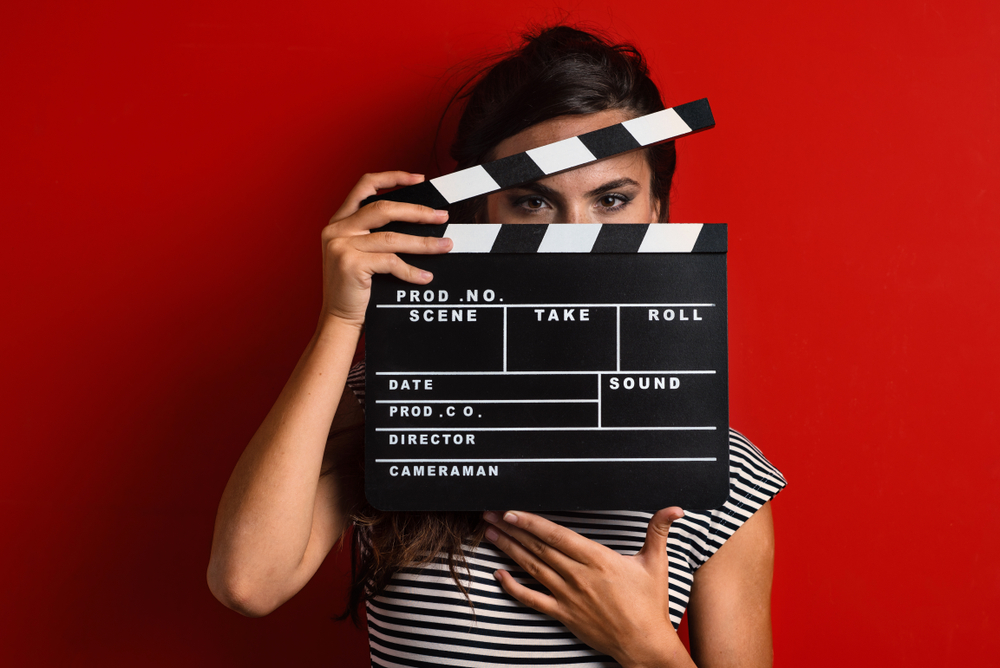 Big brands are taking cues from major film promotions and investing in high-quality videos to support product launches and activations. Taco Bell is a leading example of an established fast-food chain using digital video to connect with younger consumers. According to Statista, digital video ad spending in the U.S. is projected to grow from $108 to $201 billion during the period of 2018 to 2023.

Taco Bell is just one example of a brand who is going beyond traditional advertising to engage audiences. In May 2018, Spotify created two trailers, one action-packed and one horror inspired, both promoting a user’s ability to track down their favorite artists and discover new music with the streaming service. Sometimes a brand joins the storyline of an already existing movie. In April 2019, Audi released a commercial spotlighting Marvel’s latest hero, Captain Marvel. In true Marvel fashion, the spot played like an extra after-the-credit scene and teased the forthcoming teaming up of Captain Marvel with the Avengers, all in time for the release of “The Avengers: Endgame.”

Big Brands Are Inspired By The Big Screen

The TV commercial has been a longstanding marketing strategy for many brands. With the continued rise and success of streaming services like Netflix, Hulu and Amazon’s Prime Video enticing viewers with ad-free programming, TV advertisers have to be more creative than ever with their approach to broadcast ads. For commercials to be welcomed by consumers, the brief programming interruption viewers endure must be converted into an engaging experience. Taking a lesson from Taco Bell, marketers should examine the values and core elements of their marketing executions and hone in on the needs and interests of their target audiences. Prior to the most recent relaunch of nacho fries, Taco Bell knew it was winning with Millennials, but they wanted to grow sales among Gen Zers. Its movie-trailer style commercials have changed the way consumers view the brand. It’s time to go beyond the traditional and move towards innovation. Lights, camera, nacho fries!