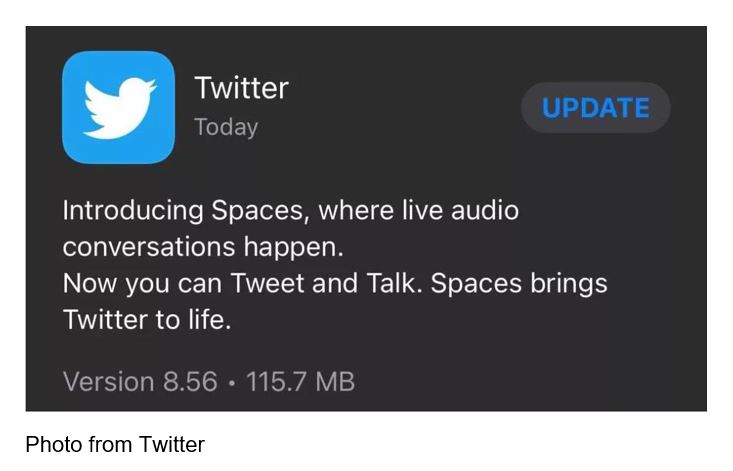 Twitter is continuing to evolve its consumer retention and monetization strategies with its latest feature rollout. Originally announced in December, Twitter has introduced Spaces to users across the platform. Twitter Spaces are audio chat rooms that are very similar to new social media platform Clubhouse. 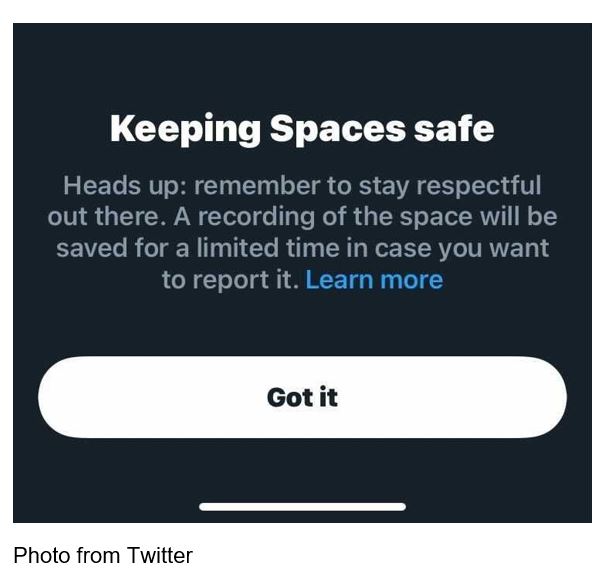 According to Twitter, “Spaces is a new way to have live audio conversations on Twitter.” With Spaces, Twitter users can join audio-only conversations that are started by other Twitter users called hosts. Hosts determine who can speak in their Space, choosing from “everyone, people you follow, or only people you invite to speak” at the outset and then managing each contributor’s mic throughout. Only 11 people can speak during a Space, but an unlimited number of users can listen in on conversations.

Although conversations on Spaces are not saved for users, Twitter holds onto them for review purposes, which is stated when users join a Space. It’s no surprise that safety and privacy are a priority for Twitter given all the recent scrutiny on big tech over managing abusive exchanges and misleading information. Users can see Spaces that are available to join at the top of their feed with Fleets.

“We are early in our launch but growing. Anyone on iOS and Android can join and listen in a Space and a small group of people on iOS are able to create a Space,” said Twitter. According to The Verge, Twitter planned to make it possible for anyone to start a Space sometime in April.

It’s clear Twitter created Spaces to compete with upstart Clubhouse and keep more users on the Twitter platform. This benefit also applies to advertisers, who can reach more users on Twitter if they aren’t going over to Clubhouse to have their “audio chats.” (Since Clubhouse currently doesn’t offer in-app advertising functionality, advertisers are limited when accessing the Clubhouse audience.) Plus, more people on Twitter, both new users trying out Spaces and existing users lingering longer in Spaces, means more ad impressions and conversions.

Twitter may also seek to differentiate Spaces from Clubhouse by encouraging Spaces’ hosts to create content that Mashable reports may be monetized — whether this materializes or offers opportunities for advertisers remains to be seen. With more than 353 million monthly active users (MAU), Twitter's expanded suite of features and in-app advertising presents a variety of opportunities to brands and advertisers.