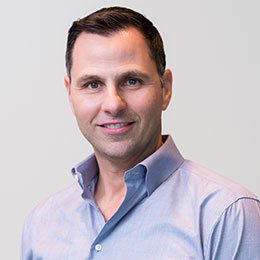 From his early years of “sweeping floors” at a TV production company, David learned that authentic conversations led to meaningful relationships which led to business opportunities. Often, business professionals would share their challenges with David , and David quickly pivoted to a career of formulating and executing solutions.

In addition to being a Co-Founder of DMS, a public company since 2020, David has launched and/or scaled and successfully exited five business ventures, including Revenue Enhancement Group, Media Trust / Ad Valiant, DM Buyers and Media Edge. Because of his early and continued success, David admits to having been “caught up in the new car smell” as his entrepreneurial career took off and believes better planning would have put him on an earlier path to greater achievements. Once David began working with a mentor – someone more successful than him who was able to demonstrate the next level of business – David realized filtering opportunities was as important as scaling his win volume.

Vowing to support entrepreneurs like him, David is now sharing his story and the lessons he’s learned throughout his career. Throughout everything he teaches, David emphasizes people and relationships. Although most professionals say “time is money,” David says that is a fallacy. “Relationships are money,” he argues. David encourages all prospective entrepreneurs – and all professionals – to prioritize relationships early and often.

In his current role, leading corporate development at DMS, David continues to grow his network. Through thought leadership content and one-to-one conversations, David is actively helping entrepreneurs and business owners move past their ceilings of complexity. People, funding and technology are hurdles for many scaling companies. With those common challenges in mind, David  is helping the owners of stalled companies determine the steps needed to invest in the futures of themselves and their businesses.