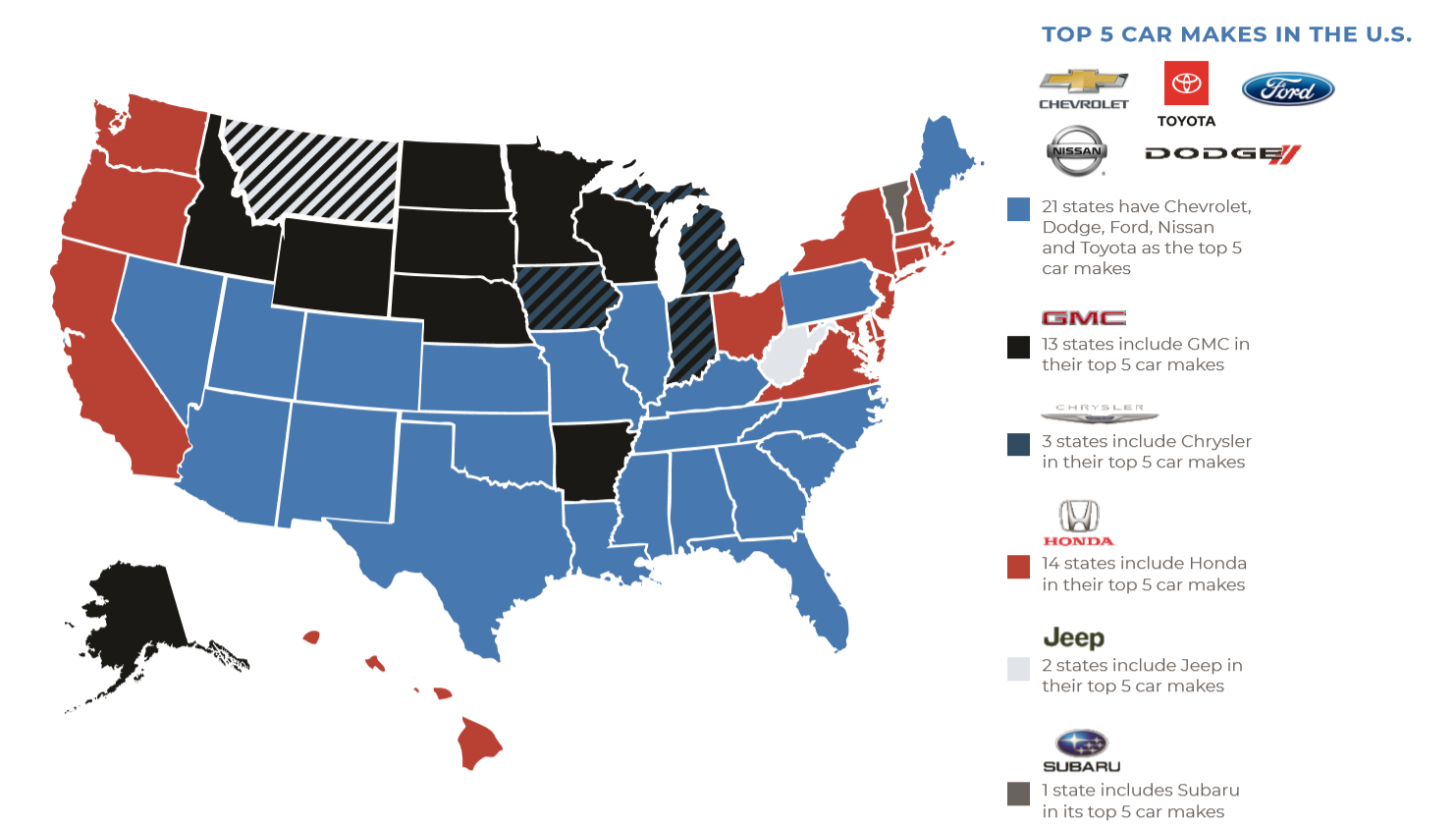 Regional tastes appear to be at play when it comes to top car makes across the country:

According to previously released data, the top 10 car makes on the road in the U.S. in 2018 included Chevrolet, Ford, Nissan, Dodge, Toyota, Honda, Hyundai, BMW, GMC and Chrysler.

Experts say the automotive industry in America has been shifting away from cars toward pickup trucks, sport utility vehicles and crossovers. Additionally, improving economic conditions for U.S. consumers have provided an uptick in sales of new vehicles.

The DMS Auto Insights: Top Car Makes By State snapshot covers trends for the period of January 2018-December 2018. The results provided are based on a DMS-created statistically relevant aggregate sampling of its owned-and-operated website data. Analyzed data did not contain personal identification information.