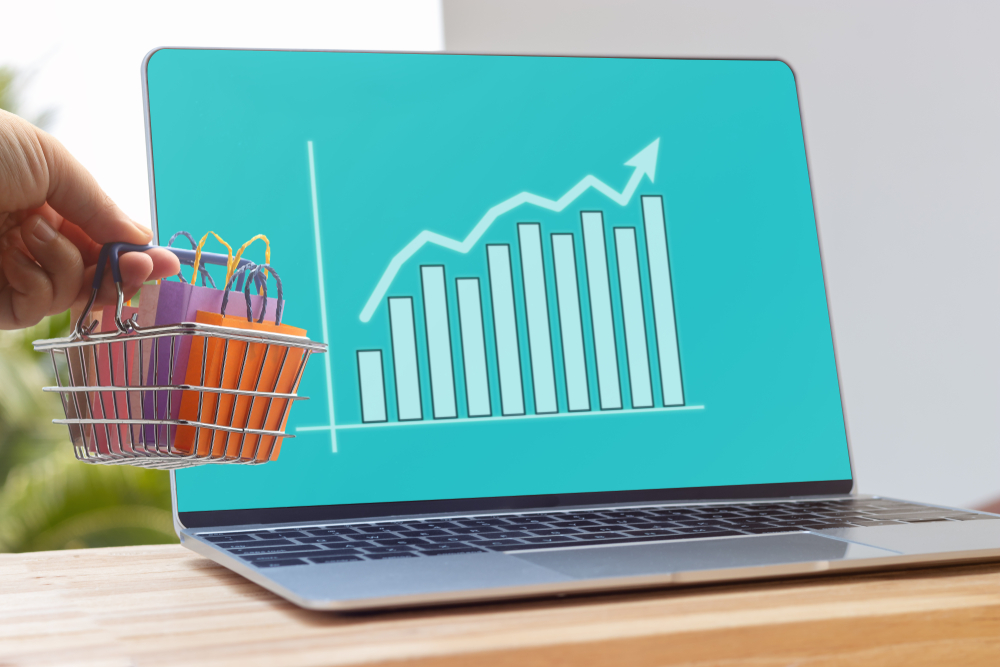 The accelerated growth of ecommerce in 2020 is having a major impact across the advertising industry. The surge in online shopping has led to significant revenue gains for ecommerce brands and retailers, brick-and-mortar stores adapting to new buying habits and advertisers increasing their digital spending. Additionally, eMarketer recently reported that many advertisers are increasing their ad buys on ecommerce websites and apps. “The trend [ecommerce channel advertising] has only accelerated during the pandemic as ecommerce accounts for a higher percentage of most brands’ and retailers’ sales,” said Andrew Lipsman, eMarketer principal analyst at Insider Intelligence.

Amazon Continues To Dominate The Ecommerce Universe, Including Revenue From Advertising

Other major ecommerce players are also seeing growth in revenue from ecommerce channel ads, including Walmart with more than 73% year-over-year (YOY) growth to advertising revenue of $849.4 million, and eBay, up more than 30% YOY for a total of $328.3 million in ecommerce channel ad revenue this year. “While Amazon has already proven itself as an ad platform, the next wave of ecommerce power players is now making more aggressive moves in the space,” said Lipsman.

Ecommerce Channel Ads Offers A Number Of Benefits For Advertisers 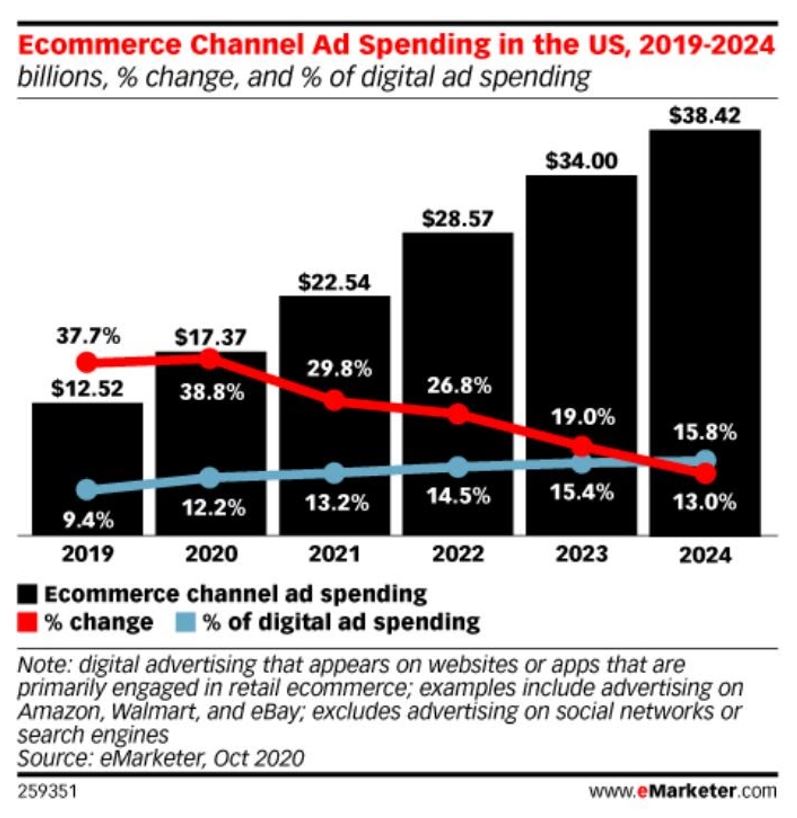 Changing consumer behaviors have shifted the ad spending priorities for brands to focus on more digital advertising, including advertising on ecommerce sites. Reaching consumers across all the channels on which they are researching and shopping – especially as 2020 closes out with a holiday retail season likely to be dominated by ecommerce – is going to be critically important for brands looking to make headway in a crowded marketplace.

Download 2020 Holiday Season: Consumer Mindsets & The Growth Of Ecommerce, a new ebook from DMS. A compilation of previously published articles, this ebook was published to help digital advertisers optimize their campaigns to align with evolving consumer expectations, behaviors and demands.