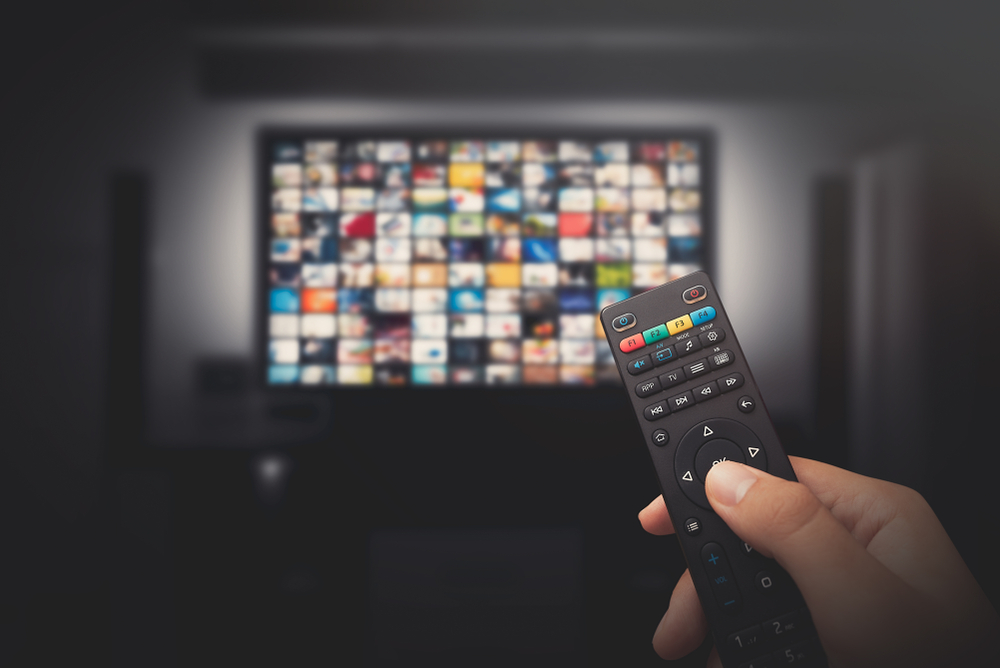 As of 2019, Netflix had more than 167 million subscribers worldwide. Anyone a little older than a Gen Zer probably remembers that Netflix’s original business model was mailing DVDs in red envelopes to subscribers’ homes. In 2013, Netflix launched House of Cards, its first original series, and streaming services would never be the same. House of Cards was only 13 episodes; it was TV, but with movie stars, and the content was considered sharper and better produced than what most traditional networks were providing. The biggest game changer? It could be binge watched. Even HBO and AMC, leaders in creating similar prestige programming, didn’t offer that.

Since 2013, Netflix has released hundreds of original series and aired countless others in content-sharing deals. The amount of Netflix subscribers since the launch of House of Cards has grown five-fold, and the streaming service has won 91 Emmys. Many cable networks and streaming services have copied the Netflix programming style, creating binge-able series with huge stars.

The streaming wars aren’t won yet, though. This past fall, with stock and subscriptions down, Netflix CEO Reed Hastings admitted the streaming service is undergoing a correction. The biggest difference between now and 2013, Hastings noted, is the rise of serious competition. In his words, “While we’ve been competing with many people in the last decade, it’s a whole new world starting in November…between Apple launching and Disney launching, and of course Amazon’s ramping up....It’ll be tough competition. Direct-to-consumer [customers] will have a lot of choice.” Netflix has contended with growing competition from Hulu, Amazon and a few others, but now that new big dogs have launched their subscription streaming services, the streaming wars are about to really heat up.

Apple TV+ Had A Successful Launch, But What Does The Future Hold?

Launched with a seven-day free trial and four original series that Apple said garnered millions of views, the launch of Apple TV+ has been a success for the world’s most famous technology company. According to a January article in The Wall Street Journal, Apple TV+ has more than 30 million subscribers, making it the third most popular streaming service in America, following Netflix and Amazon. Insiders are shocked the service scaled so quickly, particularly since Disney+ was pegged to be the big streaming news of 2020.

By following the Netflix formula of high-octane stars and huge publicity pushes for their original programming – not to mention massive brand name recognition – Apple+ was able to come out of the gate hot and build an audience already totally embedded with streaming services, and likely already Apple customers. Apple plans to offer Apple TV+ bundled with Apple News and Apple Music in the near future, at a price that will make it a no brainer for people who subscribe to Apple’s other services. The cost is already the lowest of all the streaming services at $4.99 per month, and the purchase of Apple devices or Apple TVs comes with free one-year Apple TV+ memberships – both of which offer a reliable subscriber boost. The tepid reviews of Apple TV+ new shows, plus the glut of TV offerings in general, could result in a slowdown in subscribers though, with Fast Company pointing out that retention will be critical once the free subscriptions are up for renewal.

In February, Disney CEO Bob Iger revealed Disney+ has racked up 28.6 million subscribers since launching in November. The streaming service was predicted to quickly pull ahead in the streaming wars with its arsenal of heavy hitters including Pixar, Marvel, Star Wars and all the princess movies from Snow White to Frozen. Parents quickly snapped up subscriptions to Disney+, especially when Disney offered “buy two years, get the third” free pre-order deals. Additionally, Disney offered one free year to Verizon Wireless Unlimited customers.

Both Apple and Disney were able to increase their number of subscribers with deep promotional offers, so corrections will likely occur when those deals conclude. Original content from Disney+ like The Mandalorian and High School Musical: The Series have been popular with viewers, and Disney+ plans to continue promoting both new and previously vaulted content.

Short-Form Video Is A Popular Streaming Option With Younger Consumers

Quibi, a short form video streaming service, is set to launch on April 6, and it hopes to quickly compete with other short-form video providers, like TikTok and YouTube. Gen Z and Millennials, in particular, like streaming short-form videos which range from 15 seconds to 10 minutes and longer, and that’s the audience Quibi will be focusing on when their pay service debuts in several weeks.

“The rise of short video hasn’t really disrupted other types of video, as consumption of long-form content is still prevalent. The short form, however, provides a new choice for users and fits a person’s quick pace of life,” said Annie He, Global PR Manager of Kuaishou Technology, a short-form video platform based in Beijing. While it’s unlikely short-form video streaming will replace long form, it will likely grow in popularity because it is watched almost exclusively on mobile and is favored by younger generations who will be the creators and decision makers in the future of streaming. Short-form videos are also highly shareable formats, with many users engaging through ratings and comments, making short-form video platforms favorable channels for advertisers. Quibi, although a subscription-based service, will have pre-roll ads that can’t be skipped.

The streaming wars are going to continue to evolve as new platforms – NBC’s Peacock streaming service and HBO Max are both on deck – and consumer preferences emerge. Many streaming services will be looking for ways to take on Netflix, while Netflix tangles with its own subscriber issues. And other streaming services, like Quibi, will be looking for innovative opportunities to capture audiences who like to stream. Conversely, the risk of streaming-subscription fatigue will likely lead to more bundled services and more carrots to keep viewers engaged and signed on.