Every year, one of the network channels runs a “best commercials of all times” special. With minor exceptions, the same commercials rank year after year. Coca-Cola’s Mean Joe Greene, Pepsi’s “Your Cheatin’ Heart,” one or another Budweiser Clydesdale commercial and the like.

This post is about the commercials that, for a variety of reasons, have resonated with us over the years. They’ve become part of our lives, part of our vernacular and part of how we think about things. These commercials have entered the zeitgeist and have become corner stones of our cultural experiences.

To populate this list, I polled people within and outside of our team. Admittedly, it wasn’t very scientific. It was also harder than I thought it would be. If you have commercials to add to the list, tweet your additions to @dmsgrp using the #bestcommercials hashtag.

Can You Hear Me Now?

When this campaign launched in 2002, Verizon was spending $1 billion every quarter to boost quality and expand their service footprint. Their competitors were winning the price war, and Verizon wanted to change the dialogue of the game to focus on reliability.

Which came first, the phrase or the commercial? I don’t know, but Verizon’s repeated use of “can you hear me now?” in their TV spots effectively gave them ownership of this phrase. And it quickly made them the top provider for people who wanted calls to go through and stay connected (which was pretty much everyone with a mobile phone).

The Verizon test guy, Paul Marcarelli, is now starring in a campaign for Sprint. He claims he switched because their reliability is now within 1% of Verizon’s but at a fraction of the price. Understanding the history of the original campaign makes this commercial more appealing. Even still, “traitor” is all I can think when I watch it.

The first in a series of Budweiser “Whassup!” commercials launched in 1999. Budweiser and Bud Light were the best-selling beers in the U.S., but they were trying to overcome a slump in sales by targeting the younger demographic (21 to 27 year olds) comprised of big beer drinkers that were typically not yet brand loyal.

Immediately after launch there were concerns that the spot might alienate existing Budweiser loyalists.

But performance data quickly showed the opposite. “Whassup!” was frequently parodied, garnered the attention of mainstream media and connected with people significantly outside the target audience.

Looking at the TV spot 17 years later, it’s interesting to see how the message of friendship and camaraderie still resonates even though the method of communication (by corded phones!) is clearly a thing of the past.

Today, when someone wants to know where an important part of something is, he or she is likely to use the meat-centric query, “Where’s the Beef?” Originally uttered by an aging senior, the phrase was meant to direct viewer attention to the large buns and small beef patties used by Wendy’s competitors.

The phrase quickly become so popular that it inspired a song, was riffed of in commercials for other brands and was even uttered by Democratic candidate Walter Mondale in the 1984 democratic primaries.

The actual line was supposed to be “Where’s all the beef?” But the actress misspoke, and they decided to keep it anyway. A good decision, as the longer version likely would not have had as much sticking power.

Mr. Whatever You Want to Make a Point about Right Now

Bud Light’s “Real Men of Genius” campaign launched on radio in 1998 and has since tallied up more than 200 installments across TV and radio.

This campaign has provided us with a new method to politely highlight something ridiculous or embarrassing about someone else ― in a way that almost feels like a compliment. (Or does it?)

As Jeff Meola, DMS team member and the person who added this commercial to the list, explained to me, “Okay, Ms. Overcomplicated Question Asker. You take a simple question and layer in more qualifications than needed for a college entrance exam…”

Here’s a bit of trivia: Dave Bickler, the lead singer of the band Survivor, is the voice singing within this campaign. Survivor is best known for their hit “Eye of the Tiger.”

I can’t find many people who remember this commercial, and I can’t find the video anywhere online. It’s for Lysol, and probably from the 1980s. To mask the smell of seafood in a house, a non-Lysol air freshener (that tried to cover the smell without killing the germs) was used.

“Now it smells like fish & roses,” was the reaction from a child in reply to the ineffectiveness of the spray. This phrase has been in my vernacular since I was a child, and I propose it is far superior to the much more commonly used “lipstick on a pig” expression. However, the looks I receive when making this statement tells me this phrase has not entered the vernacular of many.

While the initial response from the survey that led to this blog post was disappointing it, additional commercials and campaigns were suggested during the final review including:

Remember, if you have best commercials to add to the list, tweet your additions to @dmsgrp using the #bestcommercials hashtag. Or, if you just want to chat commercials for a bit, email marketing@thedmsgrp.com. We'd love to hear from you.

Note: In February of 2019, a reader found and shared the Lysol “Aunt Marge!” commercial with us. You can watch it below, and perhaps “now it smells like fish and roses” will enter your vernacular, too.

If you enjoyed this article, you can click here to check out even more best commercials. 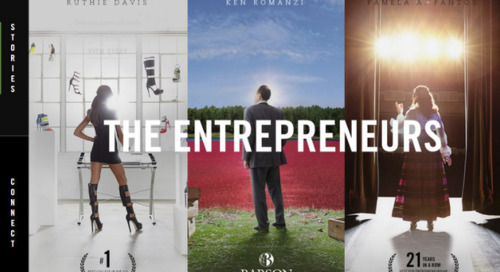 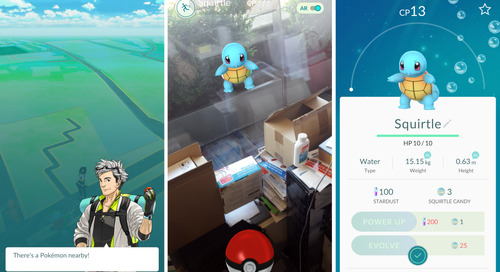 It’s no secret that Pokémon GO is a success. As of July 23, less than three weeks post-launch, this game ha...