Home » Digital Advertising News » Marketing During the Olympics: How 3 Brands Leveraged the Spirit of the Games to Win in Social Media
× Share this Article

Marketing During the Olympics: How 3 Brands Leveraged the Spirit of the Games to Win in Social Media

We regularly note on our blog how marketing is a competitive sport. This is even more so during highly publicized events such as the Super Bowl or the Olympics.

For marketers, making an impact during the Olympics represents a unique challenge. The goal of the Olympic Movement, according to the official website of the Olympic Games, “is to contribute to building a peaceful and better world by educating youth… in the Olympic spirit which requires mutual understanding with a spirit of friendship solidarity and fair play.” Successful sponsors of the Olympic Games, as well as those who leverage the event in other ways, are often those who balance the promotion of their brands with “feel good” messages.

By achieving an equilibrium, athletes and fans appear to welcome their messages and participate in the camaraderie and conviviality of the campaign. Here are three examples from the 2016 Summer Games.

During the 2016 Summer Olympics, Under Armour tweeted:

We all have rules we live by to keep inching towards our goals – what are yours? Share your rules across Twitter and Istagram with #RuleYourself and tag @UnderArmour

The Under Armour social media campaign was supported with multiple commercials starring Olympic athletes, including the USA Women’s Gymnastics team, Netherlands soccer star Memphis Depay and swimmer Michael Phelps. With a spotlight on training as the “focal point” of an athlete’s life, Under Armour motivated athletes and fans to share their personal rules.

Driving more than one million engagements across social media, the campaign built a repertoire of personal rules from famous athletes and Under Armour fans: 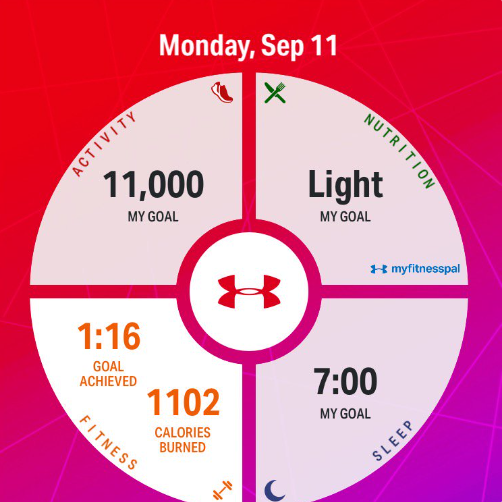 And #RuleYourself is still being used today.

Athletes around the world are tweeting about their workouts, many tagging Under Armour and using a metrics-focused image with the Under Armour logo included. 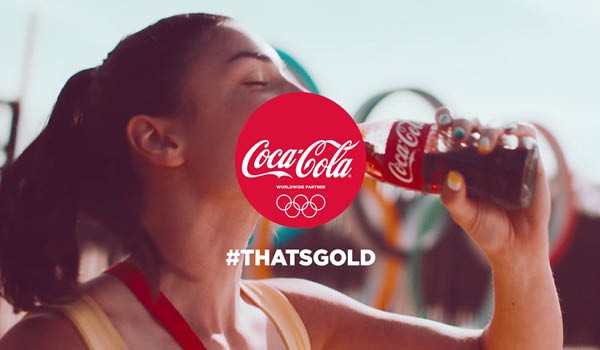 During the last “big games,” Coca-Cola launched a multi-channel campaign inclusive of TV, print, Olympic sponsorships, event activation and social media. Engaging 79 athletes around the world plus global influencers, they tied #thatsgold and the idea of an everyday win to the Coca-Cola brand.

According to Rodolfo Echeverria, Vice President of Global Creative for Coca-Cola, “While the gold medal is an icon of sporting success, Coca-Cola believes that gold moments can happen far beyond the podium. They can happen every day and all around the world.”

The #thatsgold campaign let the fans celebrate their wins while cheering on their favorite Olympic athletes. This balance and the strength of the #thatsgold message has kept the hashtag in use almost 18 months later (though it’s not always connected with the Coca-Cola brand anymore).

Recognizing the Commitments of Those Who Support Our Athletes

Originally launched for the 2010 Olympic Games in Vancouver, the Procter & Gamble (P&G) #ThankYouMom campaign continues to be a viral success. The message celebrates the success of Olympic athletes while recognizing the people who supported their dedication and achievement along the way to the world stage.

“It takes someone strong to make someone strong,” is the lesson imparted by P&G. And it’s been celebrated by both athletes and non-athletes as a story of motherhood.

For the 2018 Olympics in PyeongChang, P&G has extended the #ThankYouMom campaign with #LoveOverBias to celebrate acceptance. We’ll be watching during the next couple of weeks to see how well this message resonates.

Here’s a look at one of the #LoveOverBias commercials recently launched.

No matter the medium, successful marketing requires connecting with your audience. Understanding the geographic, psychographic and behavioral attributes of your audience is important. But recognizing the environment within which your message will be received matters as well. Brands that are successful during the Olympics have recognized the balance between competing and coming together.

Especially in today’s pay-to-play social media environment, engaging with your audience is essential to build the reach of your posts.

Do you want to learn more about how you can leverage social media for your marketing efforts? Click here to register for our upcoming webinar on February 15th. Or fill out this form to have someone from Team DMS reach out to you to chat about maximizing your social media efforts. 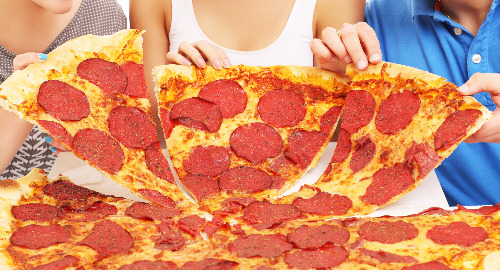 Battling for their slice of the market, the top 4 pizza chains are at the forefront of ecommerce, customer ... 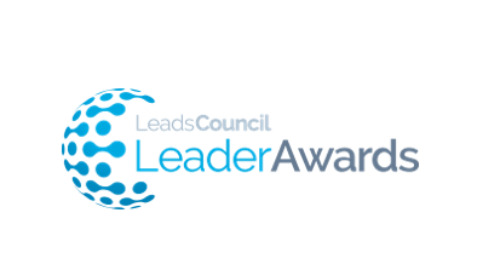