The recent release of a Burger King commercial focused on the bodily functions of cows, and their impact on global warming, is just the latest purpose-driven campaign from fast food and quick-service restaurants. When brands effectively incorporate social responsibility into their campaigns and messaging, it can have a lasting impact on how their brand is perceived and inspire allegiance from like-minded consumers.

There are 1.5 billion cows around the world, and the pollution from the belches and flatulence of an average cow are roughly the same per day as that of a car. This release of methane is a problem that Burger King is trying to tackle with their new Cows Menu, debuting in five Burger King restaurants. The Cows Menu features the new Whopper with Reduced Methane Emissions Beef and several other burgers using reduced methane beef. The beef is produced from cows with lemongrass added to their diet, which reduces the amount of methane in a cow’s output.

Burger King worked with a team of scientists to confirm the effectiveness of the dietary changes and is making their findings available across the industry. “We believe there is significant potential for Cows Menu to drive wider industry improvement, so we are making our scientific research, learnings and protocol formula publicly available in an open source manner to support this,” said Fernando Machado, Global CMO for Restaurant Brands International, parent company of Burger King.

The Burger King Cows Menu marketing campaign includes a cheeky commercial featuring Mason Ramsey — famous for his yodeling Walmart commercial — singing about all the ways cow emissions impact the environment. The Cow Menu campaign has also been promoted on Burger King’s lively Twitter account. This isn’t the first time Burger King has tackled social responsibility, the brand’s Whopper Loans and its introduction of the Whopper Impossible burger are two other instances of the brand integrating marketing and social responsibility.

Chipotle entered the country’s collective consciousness in 2012 with its first national campaign, “Back to the Start,” which promoted sustainable farming. Coldplay tune “The Scientist” is warbled by Willie Nelson in the animated spot, which shows a farmer opting for sustainable farming practices after trying factory farming. Despite the heavy subject, the commercial is charming and upbeat and feels like an animated short film, more than a corporate ad campaign. The Back to the Start commercial could be downloaded on iTunes with proceeds benefiting the Chipotle Cultivate Foundation, which promotes sustainable agriculture. At the time of the commercial, Chipotle was a 19-year old company, with more than $2 billion in sales, but its marketing strategy to date had been primarily focused on billboards and smaller campaigns.

The Chipotle Back to the Start commercial was watched more than 4 million times on YouTube and shown on 10,000 movie screens, and Nelson’s version of “The Scientist” was a frequent download. Ultimately, Chipotle’s purpose-driven campaign allowed the brand to donate millions in proceeds while aligning their brand with sustainability and a commitment to ethical farming practices, which has remained a part of Chipotle’s image ever since. 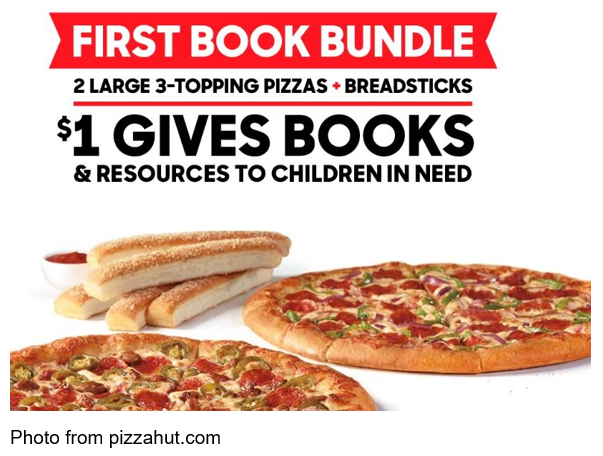 Pizza Hut has a robust social responsibility mission that includes everything from fighting hunger to fighting the gender wage gap. Since launching in 2016 on International Literacy Day, Project Literacy has been an ongoing initiative at Pizza Hut. According to the popular pizza brand, Project Literacy has so far impacted 22 million lives and served more than 3,000 communities, with the intention of inspiring 100 million people by the 10-year mark. The Pizza Hut Project Literacy campaign includes sales promotions and strategic partnerships, like the one Project Literacy has with First Book, a nonprofit that provides children in need with books and other essentials.

Promoting literacy has long been a part of Pizza Hut’s corporate social responsibility, beginning in 1984 with the Pizza Hut BOOK IT! Program, which is the “longest-running, corporate-supported literacy program in the country.”

Brands that effectively launch purpose-driven campaigns or authentically incorporate social responsibility into their marketing can often find affinity with new audiences while also creating loyalty with existing customers. Corporate social responsibility is a meaningful way to differentiate from competitors and is particularly effective, when done correctly, with younger audiences who are increasingly interested in brands that take a stand or lend a hand. 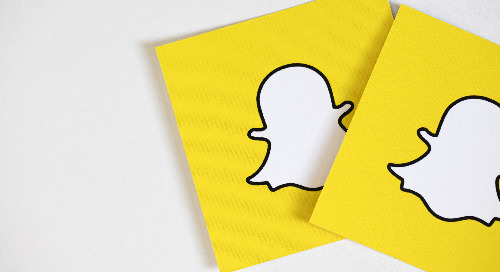 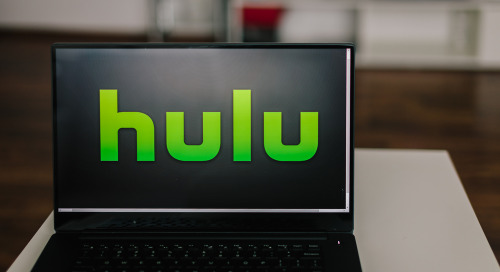 Hulu has developed an interactive way for consumers to connect with brands through its streaming service.