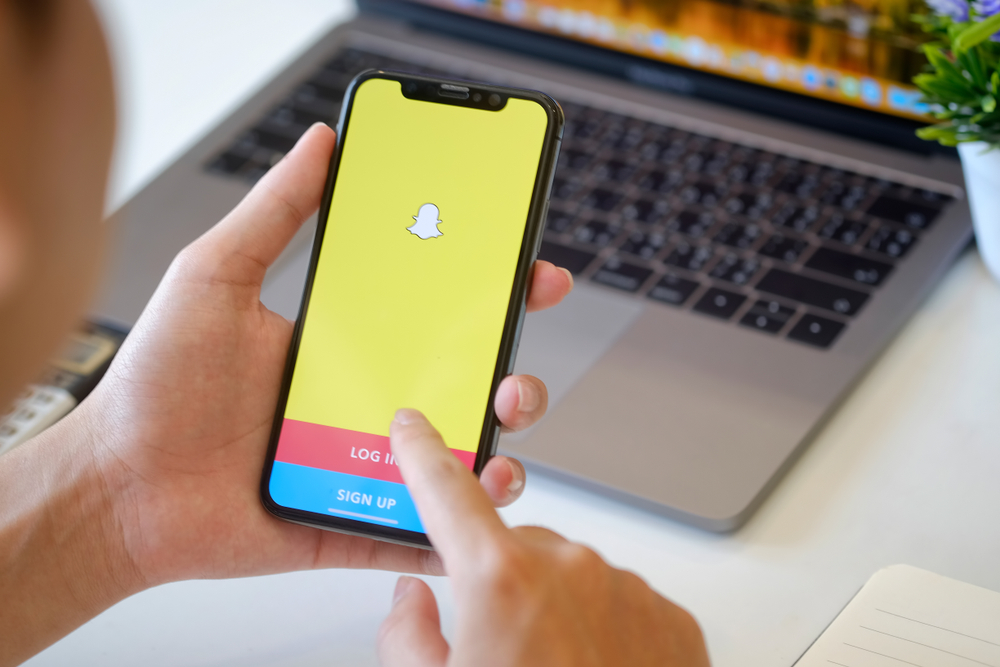 Snapchat recently shared it is testing a new vertical swiping feature, similar to that of TikTok, for users browsing through public content shown on Snapchat’s Discover page. The update to vertical navigation allows users to easily swipe through content on the Snapchat platform in the same way users swipe through the TikTok platform, with a vertical swiping motion, rather than horizontal. “TikTok’s navigation style is vertical, and some users consider it a more natural and engaging way to view videos on a smartphone,” noted eMarketer reporter, Jasmine Enberg. The new feature is currently being tested only on public content, as opposed to private stories shared by a user’s Snapchat friend.

Snapchat has shared limited details on the new vertical navigation feature, noting the updated layout is still very much in the early testing stages and only available to select users. The social platform did, however, note the latest feature is part of Snapchat’s continued investment in expanding its content offerings to users, with a Snapchat spokesperson stating, “We’re always experimenting with new ways to bring immersive and engaging content to our mobile-first Snapchat community.”

As rumors continue to swirl about the future of TikTok, competing social platforms are looking to take advantage of the potential opportunity to fill a major void among social media users should TikTok be removed. Instagram, for example, recently introduced Instagram Reels, a new video feature for users looking to create quick, “easily digestible” videos. Similarly, YouTube also created a TikTok-like experience, where users can record and share short-form videos to the platform. Now, Snapchat has entered the ring, and is enticing its substantial user base with features reminiscent of the popular TikTok app. In addition to the testing of vertical navigation, Snapchat has added a variety of new updates to its app that are similar to the TikTok experience, including:

While the future of TikTok remains to be seen, the significant investments Snapchat has made in order to improve its user experience and attract a wider audience to join its growing platform will likely benefit digital advertisers and the app itself.

There has been a continued gravitation, especially among younger consumers, toward social platforms as a main source of news, storytelling, entertainment and a place to create shareable content. Snapchat, in particular, continues to become more relevant for digital advertisers, with the platform experiencing impressive growth over the past year.

A recent survey from Piper Sandler (a research firm) spotlighted Snapchat’s growing popularity among consumers, with 34% of survey respondents sharing Snapchat is their “top preference” among all social media platforms. Snapchat’s latest earnings report also showed signs of continued growth in regards to both user count and overall revenue. As of Q3 2020, Snapchat held 249 million daily active users, with the platform gaining an impressive 20 million daily active users in 2020 alone. The time users are spending on Snapchat watching shows has also improved, increasing by more than 50% year-over-year (YOY). Additionally, Snapchat saw a 52% spike in revenue YOY, bringing its total to $679 million in Q3 2020.

Needless to say, Snapchat is solidifying its position as a major competitor among social platforms and represents a growing opportunity for digital advertisers looking to reach younger audiences and broaden their brand presence. As the platform continues to invest in its user experience and ability to resonate with consumers, advertisers should look to Snapchat for promotional opportunities and audience expansion, particularly among younger and engaged consumers that gravitate toward these social platforms.