The Monday morning quarterbacking starts early the day after the Super Bowl, and it isn’t usually the game on everyone’s social media feeds — it’s the commercials. Winners, losers and in-betweens, which ads viewers preferred is a hot topic. This year, as usual, there was an effective mix of star-studded, funny and moving spots that showed the creativity and no-holds-barred spirit of brands who want to impress during the Super Bowl. Brands are paying more than $5.5 million for a 30-second spot, so making the right impression – and the top 10 lists the next day – is a priority. Google, Jeep, Olay and Tide were among the big brand winners on America’s favorite night of football.

As is often the case with Super Bowl commercials, opinions can vary widely, like Google’s “Loretta” commercial, which definitely split audience opinion. Some social media users admitted the commercial about an older man losing his memory and asking Google for help remembering his late wife made them cry, while other viewers were annoyed at Google for being a downer and for highlighting the fact that Google knows everything about its users. The mixed feelings made “Loretta” one of the buzziest spots of the night.

For their first time advertising during the big game, Little Caesars enlisted Rainn Wilson from The Office as a panicked “sliced bread” CEO who realizes that pizza delivery might be as easy as, well, sliced bread. Wilson goes from a breezy, video-game playing CEO to a bearded madman whose office has been overrun by emus and fire. And yes, he ends up the pizza delivery guy in the end. The Little Caesar’s Super Bowl ad checks all the boxes for a successful commercial — memorable, funny enough and effectively leveraging Rainn Wilson’s star power.

Olay, inspired by the first all-female spacewalk in October, created a Super Bowl ad asking, “Is there enough space in space for women?” The question is asked by an incredulous Katie Couric and shows TV star Busy Phillips, YouTuber Lilly Singh and astronaut Nicole Stott blasting off into space, where they discover just how much space there really is. Taraji P. Henson, who starred as physicist and NASA hero Katherine Johnson in Hidden Figures, chimes in, “When we make space for women, we make space for everyone.” The Olay commercial then encouraged viewers to Tweet #MakeSpaceForWomen, with a promise to donate to Girls Who Code every time the hashtag is used on Twitter, up to $500K.

Jeep, Hyundai And Genesis Struck A Chord With Nostalgia And Celebrities

Although it was made in 1993, Groundhog Day has remained a cult classic, and Jeep very successfully exploited that fandom with a Super Bowl commercial featuring the film’s original star Bill Murray. In the spot, Murray used the fun of his Jeep to break up the monotony of reliving the same day over and over again, and an adorable groundhog joins in, even driving sometimes. Animals, celebrities and nostalgia are a winning trifecta during the Super Bowl.

Real life Bostonians, Rachel Dratch, Chris Evans and John Krasinksi starred in the new spot for the Hyundai Sonata’s Remote Smart Parking Assist (RSPA) feature. With thick Boston accents, the trio go on and on about the Sonata’s “smaht pahk.” It’s a simple concept, but it works. (Plus, there’s a cameo from Big Papi.)

John Legend and Chrissy Teigen used their popular social media personas and “marriage goals” in a spot for the new Genesis GV80 luxury crossover SUV. Genesis was among the most commonly searched brands on Super Bowl Sunday, along with the Hummer EV, which aired a Super Bowl spot featuring LeBron James.

Consumer packaged goods (CPG) brands always make a big splash at the Super Bowl, and this year was no different, with Doritos, Cheetos and Tide all enlisting the help of celebrities new and old school for clever commercials during the big game. The Doritos dance-off between Lil Nas X and Sam Elliott was on every “best of” list the morning after the game, and Cheetos’ funny use of MC Hammer – and cheese-powder fingers – also felt fresh and inventive.

Tide aired four different 15-second spots throughout the game, starring It’s Always Sunny in Philadelphia actor Charlie Day and Schitt’s Creek actress Emily Hampshire. Cameos from Bud Knight, The Masked Singer and Wonder Woman, who aren’t a part of the Procter & Gamble (P&G) brand world, were new for Tide, but added to the fun twists and turns of the #LaundryLater spots. The four commercials involved Charlie trying to determine when to wash an unsightly barbeque stain out of his shirt, and allowed Tide to introduce a new product specifically designed for big loads of laundry that may have been sitting around for too long.

Are You Looking For Unique Opportunities To Capitalize On Engaged Audiences? 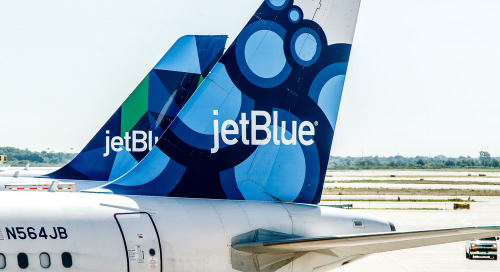 Beginning in the summer of 2020, JetBlue has promised to become carbon neutral and many brands are making s... 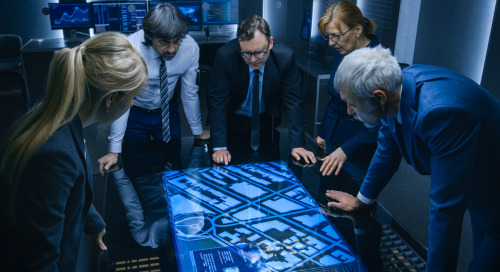