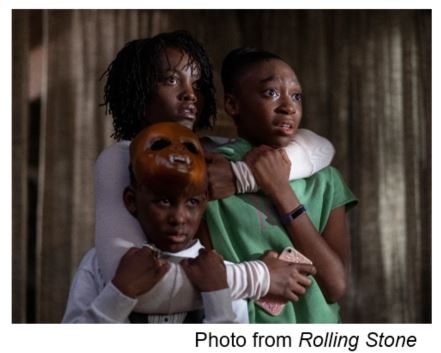 Jordan Peele’s second major motion picture, one of the “most anticipated movies of 2019,” according to Rolling Stone, was released on March 22.

Us, a thriller, is expected to gain traction and do well at the box office, if it follows in the same path of Peele’s last Oscar-winning blockbuster, Get Out.

Leveraging Spotify’s Streaming For Us Promotion

Beginning on March 18, director Peele “took over” Spotify’s first-ever TV & Movies hub as an extension of his film’s promotion. This Spotify hub, a sort-of channel that hosts multiple playlists, features playlists Film & TV Favorites, Black Boy Joy and Us. The new music content is available to both free and premium Spotify users on the streaming platform. While it’s unspecified how long the Us/Spotify collaboration will be active, the content was a one-time release, meaning there will be no updates or changes to the playlists. 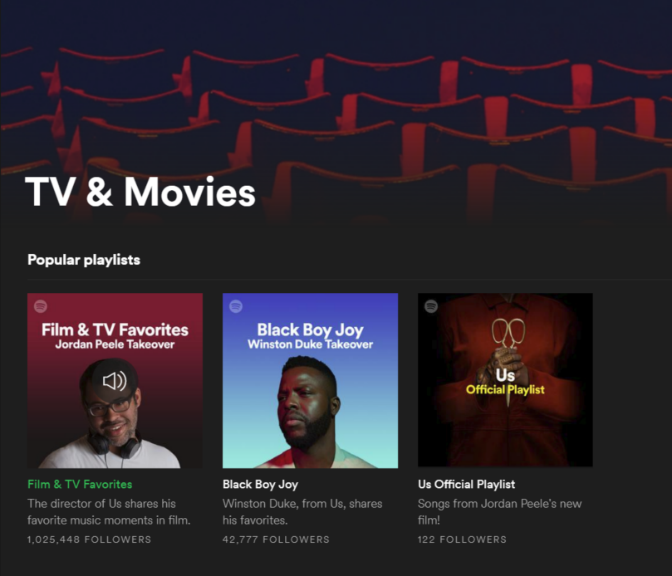 Winston Duke, an actor from Us, populated the Black Boy Joy playlist with hits from J.Cole, DRAM and O.T. Genasis. This playlist has 42,000 followers.

The final playlist on the hub is the Us Official Playlist, which includes the soundtrack from the movie and a few other songs from N.W.A., Club Nouveau and The Beach Boys.

Doug Neil, EVP of Digital Marketing for Universal Pictures, the studio which produced Us, said, “Celebrating his [Peele’s] voice and vision on Spotify, which reflects culture through every stream, made perfect sense as we looked to build excitement around the release of this incredible film.” 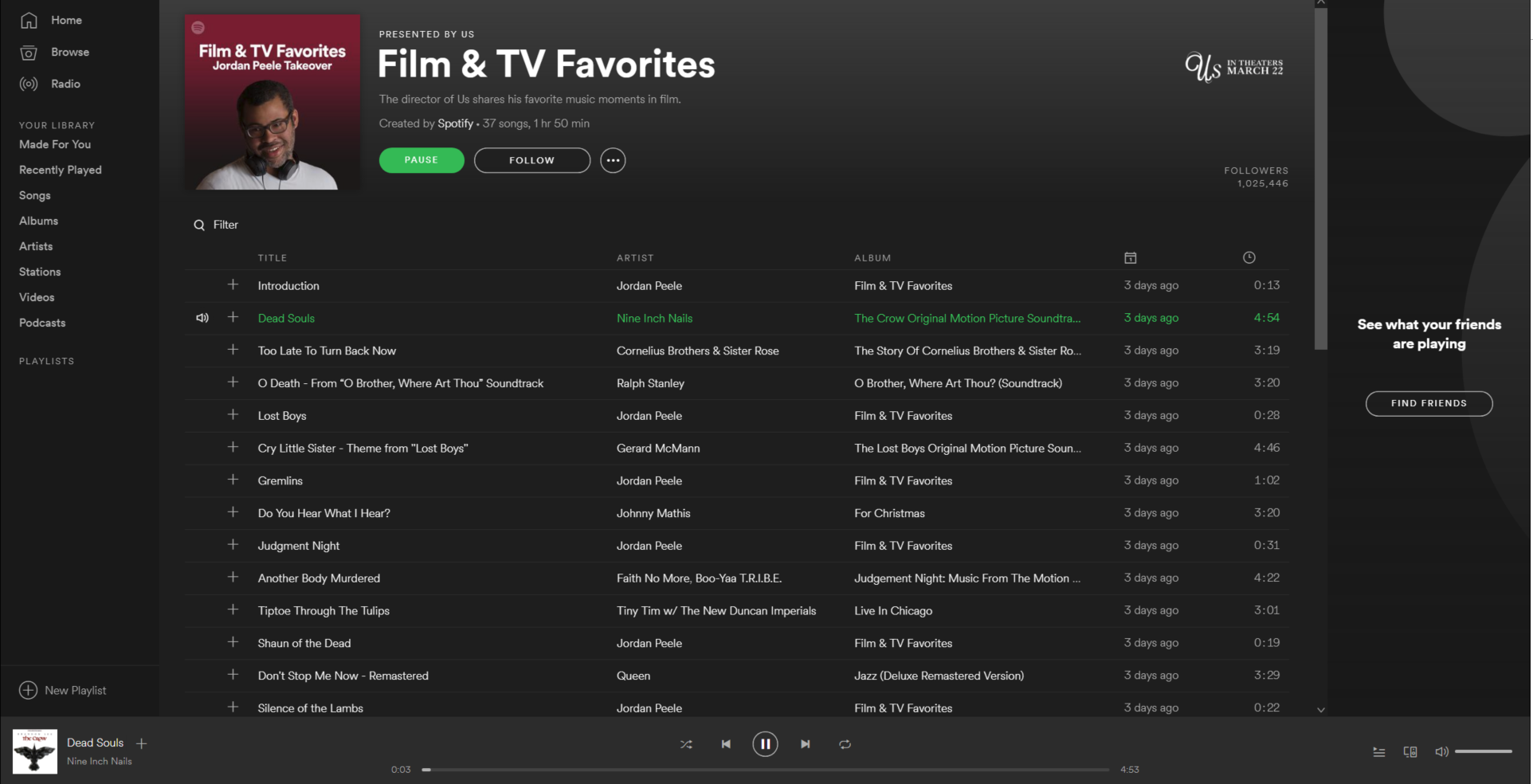 Peele appears to be targeting Millennials with this takeover, Marketing Dive noted, as Millennials are a large portion of Spotify’s user base. Fans of Peele are expected to seek out the Peele playlist, an action that should help grow awareness of the Us movie release.

Marketing Dive also reported that after the song “I Got 5 On It” was featured in the Us trailer, Spotify streams of the song increased by 120% the days following the trailer’s release. This lift demonstrated that the target audience for Us is already on Spotify, making it a viable platform for marketing of the film.

Spotify has been aiming to build partnerships similar to the Us collaboration to compete with Apple Music and Pandora. Andi Frieder, Spotify’s Head of Entertainment Industry Sales said, “We hope Jordan’s and Winston’s curations lead our listener base to not only discover new favorite songs and artists, but also engage with Us on a deeper level.” According to the Interactive Advertising Bureau, investing in audio is a strong method for reaching young consumers, like Millennials and Gen Zers. U.S. brands spent $935 million on this advertising format within the first six months of 2018, putting the digital audio channel revenue on track to surpass the 2017 total of $1.8 billion.

As spend on all digital marketing avenues increases, consumers can expect to see more creative and unique campaigns, like Peele’s Spotify collaboration for Us.