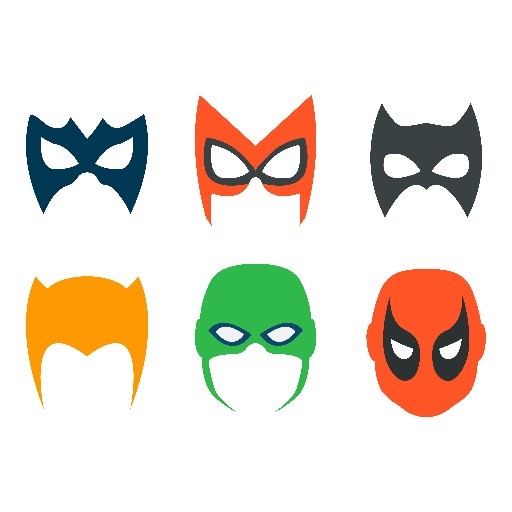 With the upcoming release of DC Comics’ Shazam movie in April and three more high-profile DC films in production, DC is holding its own against the Marvel juggernaut — particularly in the wake of Wonder Woman grossing more than 800 million worldwide. Like all things pop culture, the comic fandom has strong feelings about pretty much everything. And with comics, there are definitely DC people and Marvel people, and a lot of merchandise available to declare allegiance to one or the other. 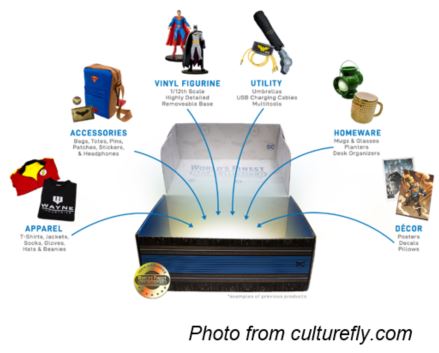 Fandoms are about building a community around mutual love for a pop culture phenomenon, and the DC Comics subscription box service taps into that shared connection. “It’s a way of living, a way of communicating and a way to bring together a community by reinforcing the idea that there is never a wrong way to express yourself,” touts CultureFly on their website. The products CultureFly offers in their boxes are not available in stores. They are exclusive and made specifically for the World’s Finest: The Collection subscription service, generating more excitement and brand awareness.

The World’s Finest: The Collection boxes can be ordered yearly or quarterly with an auto-renewal feature that keeps the boxes coming. The contents are a surprise, but generally adhere to similar combinations of items like apparel, accessories, figurines and décor. So far, box themes have included Superman, Villains and The Flash.

The comic book fandom uses social media to share their views about the latest film and merchandise releases, which CultureFly has tapped into, asking subscribers to use the hashtag #WorldsFinestCollection for unboxing and reviews.

Fear Not Marvel Fans! There Are Also Marvel Subscription Boxes 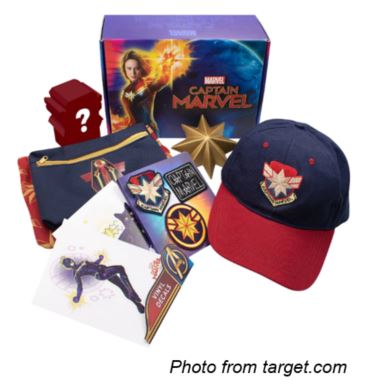 Other companies are also getting in on the Marvel superhero action. Marvel Gear + Goods is a subscription box service offered by LootCrate. Similar to the DC Comics box, Marvel Gear + Goods offers a new theme-or character-based box each time, with four to seven exclusive items included. The newest box will celebrate the Avengers as fans prepare for the release of Avengers 4: Endgame in April. Subscribers are encouraged to share their unboxing – and excitement – with the hashtag #MarvelLootCrate.

The comics universe is an existing audience looking for opportunities to share their passion through collections often built with branded merchandise and products. A subscription box service that offers exclusive items and a turnkey ordering process can seize that opportunity and create a successful service that connects with this niche community.