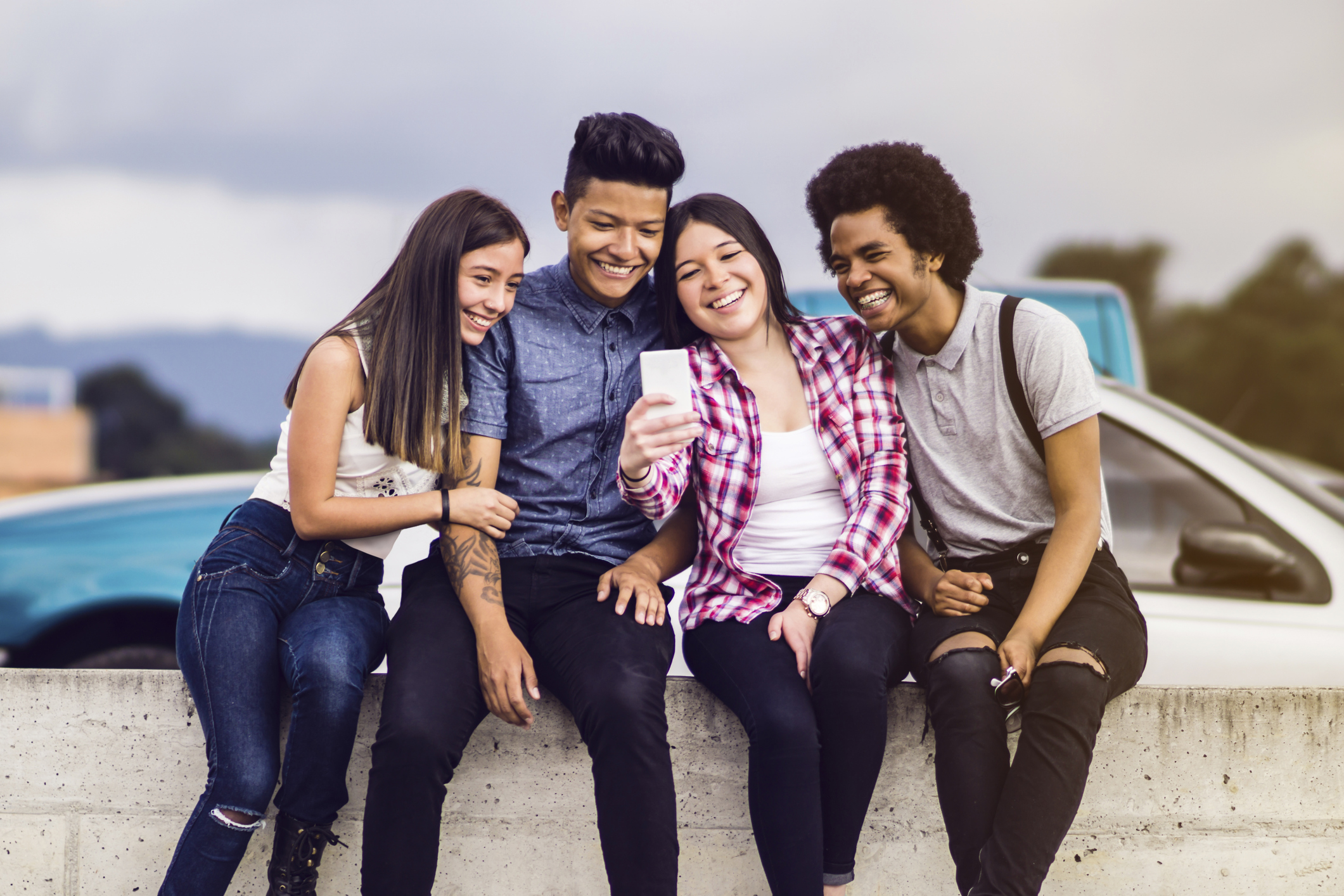 There are 57.5 million Hispanic people living in the United States according to the most recent census, and they are among the fastest growing demographic in the country, making up 18% of the general population and estimated to reach 27% by 2050. They are young. They are plugged in. And their buying power is far out-pacing that of non-Hispanics.

From the Selig Center for Economic Growth: “In 2015, Hispanics [in the U.S.] controlled $1.3 trillion in buying power, an amount larger than the GDP of Australia or Spain, [and] up 167% since the turn of the century. The increase is more than twice the 76% growth in non-Hispanic buying power during the same period. The center’s projections show U.S. Hispanic buying power continuing this trend, reaching $1.7 trillion by 2020.”

Some other facts about the Hispanic population:

Hispanics are Young and Growing in Influence Online

The youthfulness of the Hispanic population is immediately relevant because of the impact Hispanic millennials and Gen Z have on their parents and the culture at large, and because of the longevity of that influence. Nearly 30% of children nine and under in the U.S. are Hispanic, which means this market has staying power. How they interact with brands and their online and technology usage will likely be at the center of a marketer’s approach to this demographic and beyond.

The Hispanic population, particularly the 24 million millennials, are very chatty online with one another and with brands and products they admire or buy. Multi-generational households mean older Hispanics are tech savvier than their counterparts. The communal nature of the Hispanic population at large has created increased activity on social media and the emergence of Hispanic influencers like Lele Pons, who has more than 23 million followers on Instagram.

According to a recent finding in the Marketer’s Guide to Hispanic Millennials: “Hispanic consumers are also more open to interacting with brands on social media. We found nearly 50% of Hispanic shoppers reported they had either discussed a brand online with others or used a brand’s hashtag in social messaging compared to 17% of non-Hispanic shoppers.”

Hispanics are also more likely to use online coupons, discounts or promotions, which could contribute to their high rate of online interaction. 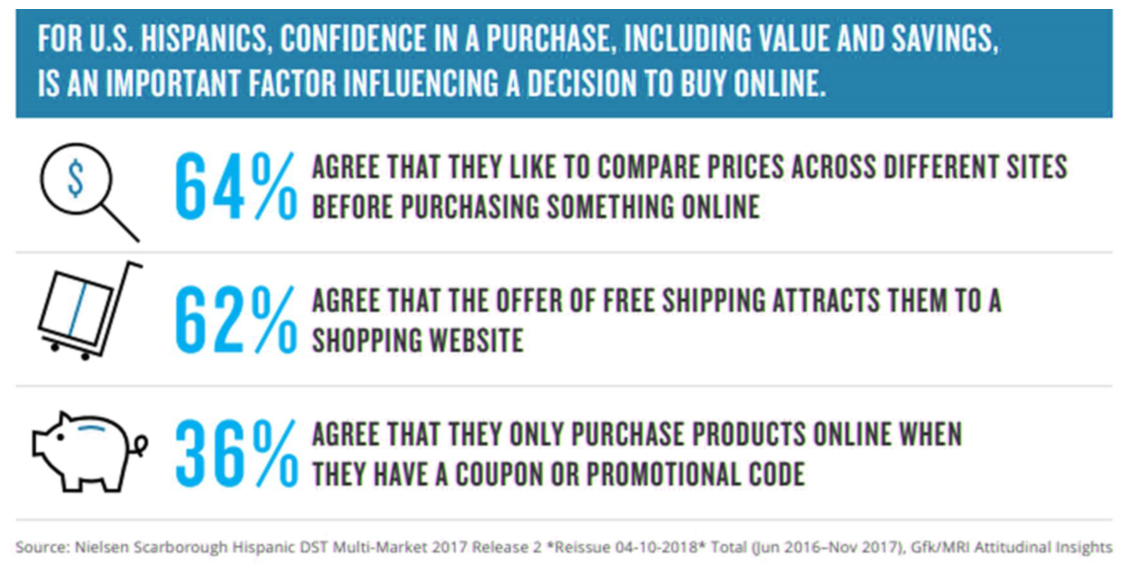 This desire to share, like and comment more frequently than their non-Hispanic counterparts, presents an opportunity for marketers to reach out to Hispanic buyers through social media channels, creating opportunities for increased interactions and conversions. A Media Post article advises that working with a data partner will help marketers “embrace the nuances of the U.S. Hispanic market, it’s important to consider attributes such as assimilation, country of origin, generations in the household, and consumer demographics when developing marketing strategies.”

Brand loyalty is also important to Hispanic buyers, and this behavior can be attributed to a unique factor: connection to culture.

From Nielsen’s Descubrimiento Digital: The Online Lives of Latinx Consumers: “For Hispanics, there is a noted desire to maintain and build connections with cultural roots. With the rise of new web and social-media content platforms that authentically connect with millennial and Gen Z, English-speaking and bilingual Hispanics, Latinx consumers are discovering new ways of expressing identity and cultural fluidity.”

This desire to maintain and expand cultural connections to their Hispanic roots and community accounts for both their influence on mainstream American culture and their buying habits. 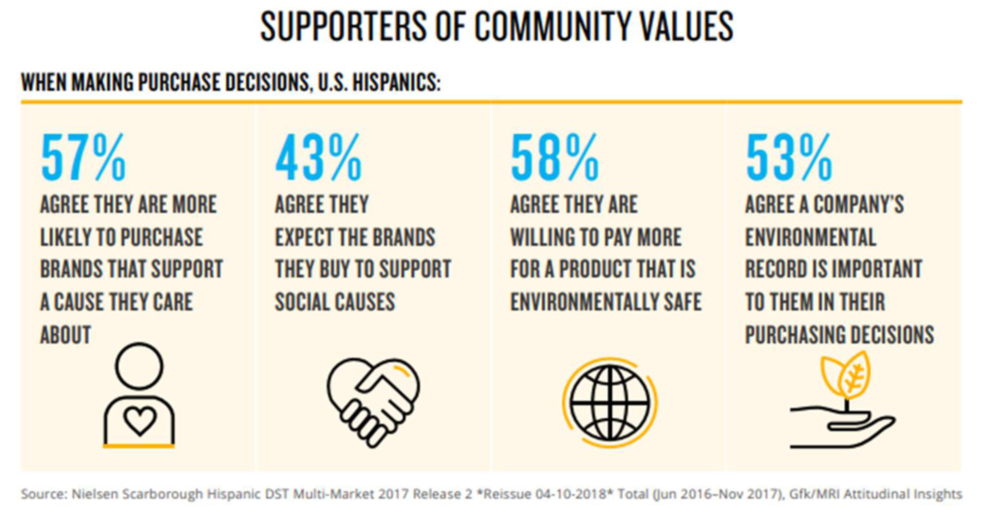 “Fifty-seven percent of U.S. Hispanics agree they are more likely to purchase brands that support a cause they care about (over-indexing non-Hispanic whites by 9%), and 43% agree they expect the brands they buy to support social causes (over-indexing by 26%),” says the Descubrimiento Digital study. And, “one of the important brand decision makers for U.S. Hispanics is a company’s involvement in and dedication to the issues that affect the Latinx community.”Developing trust within the Hispanic community, and reaching for engagement via social media and other online methods while recognizing their “unique contributions and value,” can engender brand loyalty and buying preference.

Brands Are Responding Proactively to Changes in the Hispanic Market

Despite all the data indicating pervasive digital usage by the Hispanic community, most brands concentrated their buys on television as recently as 2016, spending over $6 billion dollars marketing to Hispanics on TV alone. However, as marketers began to catch on to the nuances and shifts of the Hispanic consumer, digital spending did increase 16.9% to $2 billion that same year. Brands that position themselves well, particularly with mobile and social, could continue to grow their market share with this influential group.

By responding proactively to the evolution of the Hispanic population in the U.S. and the differences inherent to the demographic, marketers can effectively position themselves for the win.

If you want to be a marketing pioneer and reach a highly targeted audience, contact Digital Media Solutions today. 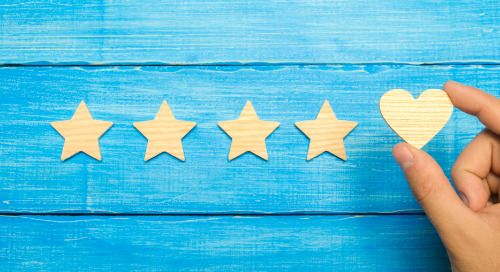 Apple, Coca-Cola and Starbucks each have extremely loyal followings, but how did the brands build these cul... 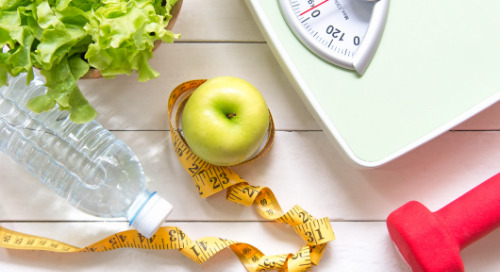 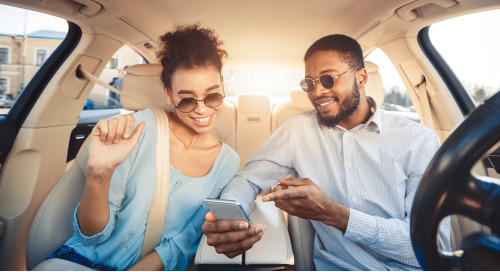 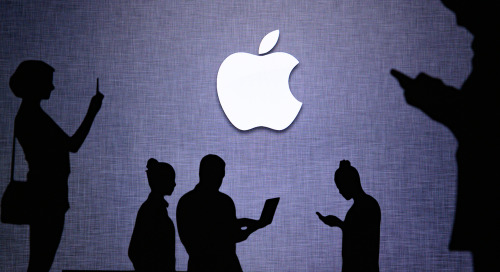