Fast food campaigns rarely shy away from strange, funny and bold campaigns. In fact, they seem to thrive on them; from psychotic clowns to hot tubs shaped like buckets of chicken, fast food companies like to push the envelope. The latest fast food marketing activation is from Wendy’s, which has created a very detailed, Dungeons & Dragons-esque role playing game (RPG) called Feast of Legends, with villains that kinda, sorta seem based on Ronald McDonald and The Burger King.

What Is Feast Of Legends? 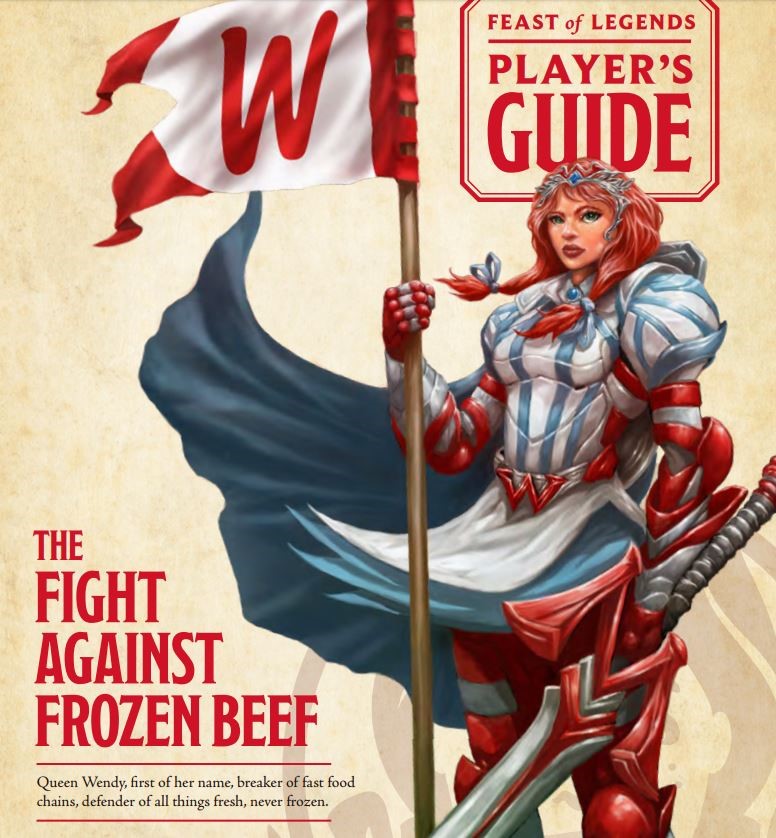 Feast of Legends, which debuted at New York Comic Con in early October, is a real game, not a throw-away freebie fast-food aficionados might expect. The artwork and complexity of Feast of Legends are “surprisingly impressive” according to a seasoned RPG fan at the Digital Media Solutions® (DMS) office. Feast of Legends is available as a downloadable, 97-page, illustrated, full-color PDF with instructions and many nods to Dungeons & Dragons (D&D), including characters, worlds and different game-play actions that result from rolling a 20-sided die.

Of course, the heroine of the game is Queen Wendy. Her character description: “Queen Wendy, first of her name, breaker of fast food chains, defender of all things fresh, never frozen. ‘The Clapback Queen’ has been the ruler of Freshtovia since 1969 and defends the realm from the treacherous evils of those who practice the dark art of frozen beef.” The entire game is set in the fast food world, and the goal for players is destroying the evils of frozen beef and battling The United Clown Nations and The Creepy King of Beef’s Keep.

Critical Role, a group of voiceover actors who stream a weekly D&D game on Twitch and host a podcast about gaming, played a live version of Feast of Legends sponsored by Wendy’s. Critical Role is a very popular fandom online, with more than 370,000 followers on Twitch, giving Wendy’s a nice reach into a niche audience. 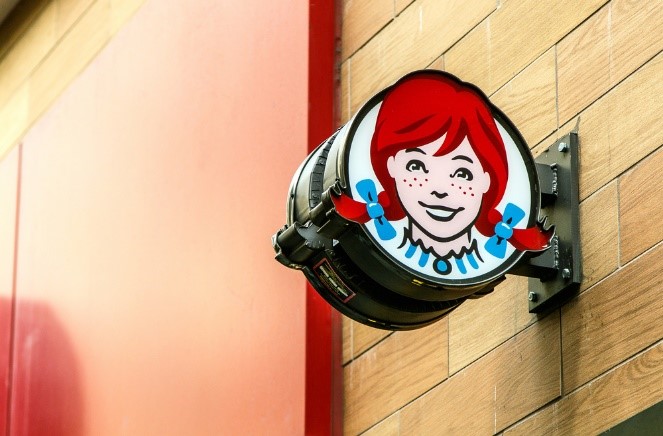 This isn’t the first time frozen beef has been the target of Wendy’s ire and resulted in a gaming campaign. Wendy's “Keeping Fortnite Fresh”  featured a red-hooded heroine smashing freezers in the fast food joints of unpopulated Fortnite cities, eventually replacing the busted, evil, freezers with facilities for fresh burger making. The clever gaming innovation won the Social & Influencer Grand Prix at the Cannes Lions International Festival of Creativity, with PJ Pereira, Social & Influencer Jury Chair, saying, “There’s so much to love about this — a brand jumping into a new form of social that Fortnite represents.”

Many in the marketing space were surprised “Keeping Fortnite Fresh” beat Dream Crazy, Nike’s stirring spot featuring Colin Kaepernick, but as Pereira points out, “What Nike did with ‘Dream Crazy’ is possibly the best example of purpose-driven marketing ever done. But I don’t think that Cannes is necessarily about ‘What is the best representation of a trend?’ Cannes should also be about what the next trend should be.”

Gamification has been an ongoing marketing strategy and was recently tried by KFC with a hunky Colonel Sanders. When deployed effectively, gamification can be a fun, interactive way to capture new audiences, further engage existing audiences and offer viral growth opportunities. But, if marketers choose to gamify a marketing activation, they should do so when it aligns well with the brand objectives, and not just because gaming is trendy.

Are You Looking For Unique Opportunities To Reach Niche Markets?