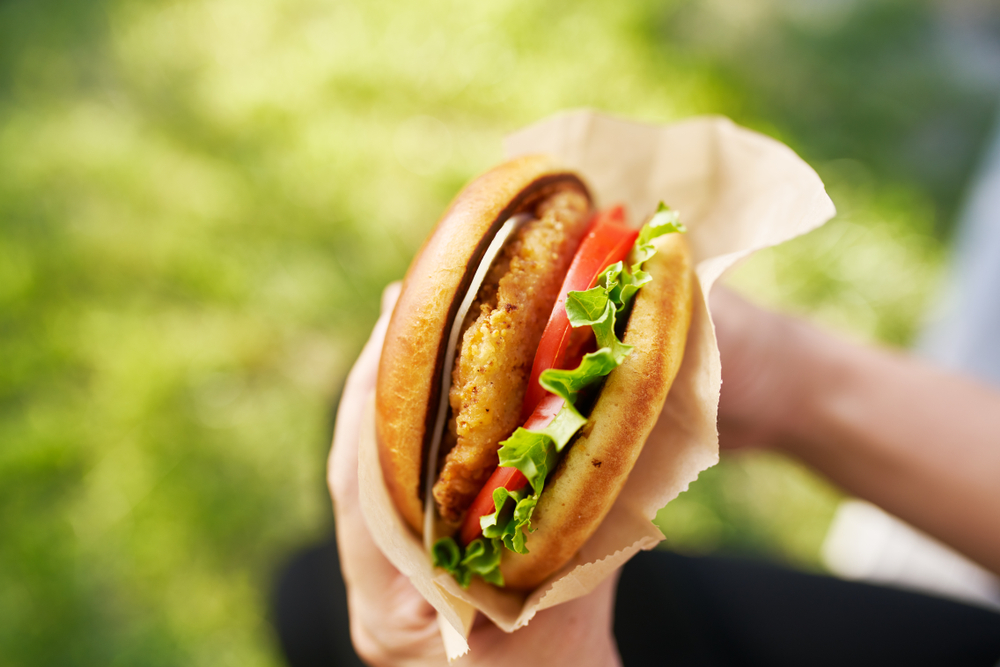 It all started in 2019. Harmless social media banter among Popeyes and Chick-fil-A snowballed into what has become the ongoing competition known as the “chicken sandwich wars.” Ranging from humorous social campaigns to a constant stream of product upgrades and full-on brand revamps, fast food spots are keeping the chicken sandwich wars alive. And, in many ways, ushering in a new era of fast food and quick-serve restaurant (QSR) brand promotions.

“This [chicken sandwich war] has been really one of the standout product stories in the restaurant space in the last several decades,” said R.J. Hottovy, director of financial analytics at restaurant consultancy firm Aaron Allen & Associates. Hottovy added, “The only comparable single-product phenomenon in recent memory was Starbucks’ pumpkin spice latte, which quickly inspired imitators across the coffee shop industry. Now that same process is unfolding among fast-food brands eager to take advantage of what’s looking less and less like a fad and more like a sea-change in what customers want.”

Zaxby’s recently entered the chicken sandwich wars with the introduction of its new “Zaxby’s Signature Sandwich.” And, in true chicken wars fashion, the fast food chain kicked off its promotion with a playful social media post, tweeting, “Y’all ready?” which, according to QSR magazine reporter Danny Klein, is a direct shot at the infamous “Y’all good?” tweet that Popeyes sent out to Chick-fil-A at the start of the chicken sandwich wars.

Zaxby’s followed up its chicken sandwich promotion with an ad spot, which takes a quite literal approach to the chicken “war” storyline, showing a group of soldiers preparing for battle, with the Zaxby’s new chicken sandwich front and center in their plans. The chain also introduced new “chickenflage,” a play on camouflage, uniforms for employees to keep with the chicken wars theme.

Wendy’s Offers A Chicken Sandwich Giveaway Through Its Mobile App

The push not only drew quick attention to the chain’s newest offering, but also likely brought in more users to its mobile app – a strategic move as the increased mobile usage will help Wendy’s gain valuable first-party data to use for future campaigns and broader consumer targeting.

Jack In The Box Taps Social Influencers To Launch #JacksNewChickenDance

Jack in the Box leveraged the power of social media, influencers and growing mobile apps to introduce its new chicken sandwich, The Cluck Sandwich. Partnering with actress and singer Becky G, Jack in the Box launched the #JacksNewChickenDance campaign, creating a “chicken dance” for consumers to learn and repost on Instagram and TikTok.

As part of it’s user-generated content (UGC) campaign, Jack in the Box also vowed to donate $1 to the No Kid Hungry organization (up to $100,000) for every “chicken dance” shared on social media using the #JacksNewChickenDance hashtag. The donations will be made until February 14.

KFC started off 2021 strong with the launch of its “best chicken sandwich ever.” The sandwich is still in the process of rolling out nationwide – with plans to be available at all KFC locations by the end of February – but has kept consumer interest through a continuously updated landing page on the chain’s site. Consumers can visit KFC.com/findthesandwich to see the latest locations that are offering the new sandwich. KFC lovers can also opt in for emails to be alerted immediately when the “best chicken sandwich” is available near them.

“We tested the new KFC Chicken Sandwich in Orlando last spring, and we nearly doubled our sales expectations, so we knew that we had a winner,” said Andrea Zahumensky, KFC chief marketing officer. “Many customers hadn’t considered KFC as a part of the chicken sandwich conversation, but anyone who tastes this sandwich will know, without a doubt, that we’re playing to win.”

The introduction of KFC into the chicken sandwich wars comes on the heels of the chain’s growing success in the past year. “In May, the chain recorded its highest average weekly sales in its history. Its Q3 same-store sales were up 9%, despite the COVID-19 crisis,” noted Forbes contributor Alicia Kelso.

Burger King also teased plans to release a new chicken sandwich in March or April of 2021. Even Taco Bell, an unlikely contender, is getting in on the action, with Taco Bell‘s global chief food innovation officer Liz Matthews sharing, “I love watching the competitors. I think a lot of players out there are doing a great job, but what I will say is that we will interrupt that with what we’re going to do on chicken.”

According to foodservice industry research firm Technomic Inc., “the number of fast-food customers who ate a chicken sandwich rose 21% last year from 2019.” This growing demand from consumers spotlights the importance of fast food brands’ ability to continuously refresh a previously successful initiative, in order to compete in the chicken sandwich wars arena. By leveraging a strong digital presence, interactive social media campaigns and fresh product ideas, advertisers can continue to engage consumers and grow a loyal fan base through what has continued to be a phenomenon in the world of fast food.

“I think this trend is going to continue,” says Hottovy. “I don’t think this is just a story of 2019 and 2020. We think there’s going to be continued momentum in this category [fast food] for the next few years.”

Are You Looking For New Opportunities To Engage With Your Consumers?