Without a doubt, Google is an online powerhouse. Last year, Google search engines performed an estimated 75% of all desktop and as much as 93% of mobile core searches were performed within Google search engines. Google has captured 78% of the paid search market, and they’re still growing. The revenue of Google’s parent company Alphabet rose to an all-time high of $32 billion last year, with Google advertising revenue up 21% to account for 84% of Alphabet’s total revenue.

A look at Google’s display business tells a different story. Their share of the digital display market has fallen to 13% and is estimated to remain fairly flat. Perhaps that is why they’ve made two significant changes in how they treat display ads across the internet. 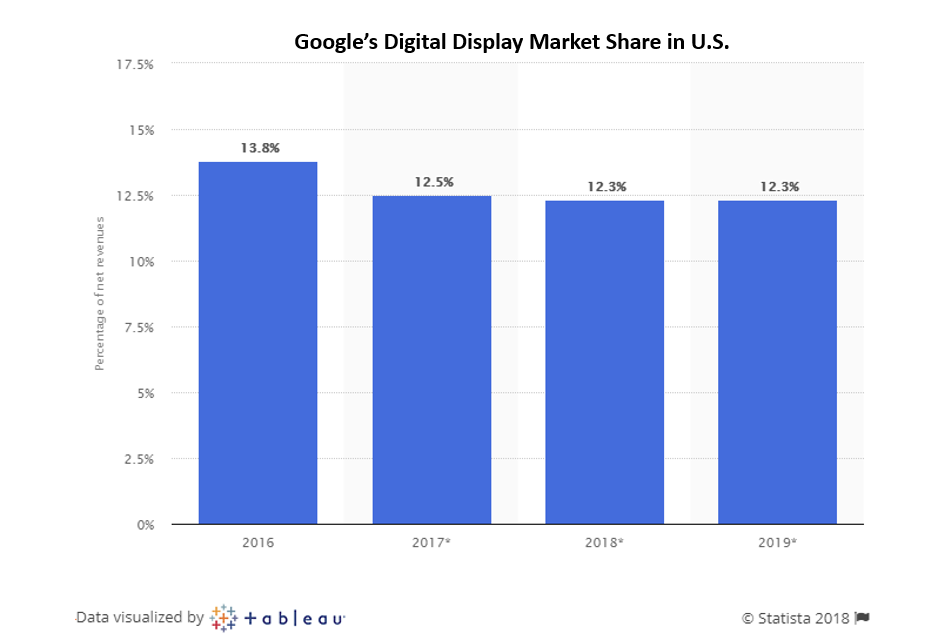 In February, Google launched the Chrome Ad Blocker with the objective of improving user experience by blocking bothersome ads. Google Auto Ads were also introduced this month, allowing publishers to streamline the process of implementing AdSense.

The Chrome Ad Blocker and Google Auto Ads, described in more detail below, are each intended to better connect site visitors with content that is relevant to their searches. But as an advertiser, there are additional implications to consider.

How Does Google Decide Which Sites Will Have Ads Blocked?

The Fred algorithm update has been pinging sites with poor user experiences for months. Now, when Google crawls sites, they grade user experience as it relates to on-site advertising, using the Better Ad Standards from the Coalition for Better Ads as its guide. Ads that negatively impact user experience, such as flashing display ads or popups with hard-to-find exit buttons, will be observed and noted.

Google assigns one of three grades to each site it reviews: passing, warning or failing. Publishers can view their website grades in the Ad Experience Report in the Google Search Console. Sites with a failing grade can request a new review from the Ad Experience Report once they have made changes to improve the user experience. After 30 days, if no action is taken, Google Chrome will begin to block ads on the site.

Note: Google is a member of the Coalition for Better Ads. Google has stated they will judge their own ads fairly and will block their ads on offending sites.

How Does Google Chrome Block Ads?

When a Google Chrome user navigates to a site that has failed the Google user experience review, Chrome will check network requests and, if needed, deploy rules to filter out ads from known ad suppliers (including Google AdSense and DoubleClick). Site visitors will see a message when ad-related network requests are blocked by Google Chrome. The user is provided with an option to allow the ads.

How Can Chrome Ad Blocker Impact an Advertising Campaign?

Of course, advertising impressions could decrease as ads get blocked on “failing” sites, and you won’t have the choice regarding when your ads do or do not show (even if a blocked site previously converted well for you). But, in general from the advertiser perspective, the ad blocker is regarded as a positive change.

What Are Google Auto Ads?

Google launched Auto Ads to help publishers generate more revenue. Auto Ads use machine learning to determine what ads are relevant to a site, where to place ads and how many ads to run on each page. Activated with a single line of code, Auto Ads streamlines the process of getting Google AdSense up and running for publishers.

The beta version of Auto Ads launched last fall, and reports indicated an average revenue lift of 10% for publishers that participated in the trial. However, some testers disliked the number of ads crowding their pages and distorting the user experience. Google has not yet announced if it will allow publishers to limit the number of ads placed on a website with Auto Ads activated.

How Can Google Auto Ads Impact an Advertising Campaign?

Google Auto Ads is using machine learning to find more opportunities for advertising across websites. This could lead to more impressions (and hopefully clicks) for Google Content Network (GCN) and Google Display Network (GDN) campaigns. Initially, you’ll want to watch closely to make sure your media spend doesn’t spike. But also pay careful attention to your conversion rates, because Google optimizations are often based on early KPIs (like click-through rates) and don’t always line up with advertiser objectives (like sales).

What Will be the Long-Term Fallout of February’s Google Changes?

We anticipate the recent Google changes will boil down to a stronger user experience across sites on which Google ads appear, more Google ad impressions and stronger ad performance once the machine learning has time to optimize placements. Despite that positive outlook, we recommend against advertisers (or publishers) blindly accepting or adopting changes that Google or any other partner or platform announces. Do your homework to understand as much as you can about where and how you’re advertising and the performance of everything you execute.

Do you have questions about the recent Google paid search or SEO changes and how they impact your campaigns? Fill out this form to have someone from Team DMS reach out to you with answers.