For the second year in a row, Bacardi, the world’s largest privately held spirits brand, held their experiential #BackToTheBar campaign. This year, #BackToTheBar celebrated the 157th anniversary of the family-owned company.

Recently, more than 7,000 Bacardi employees in 133 cities and 31 countries traded in their laptops and went to bars for drinks to support the founding belief that the Bacardi brand is “built in bars, not boardrooms.” 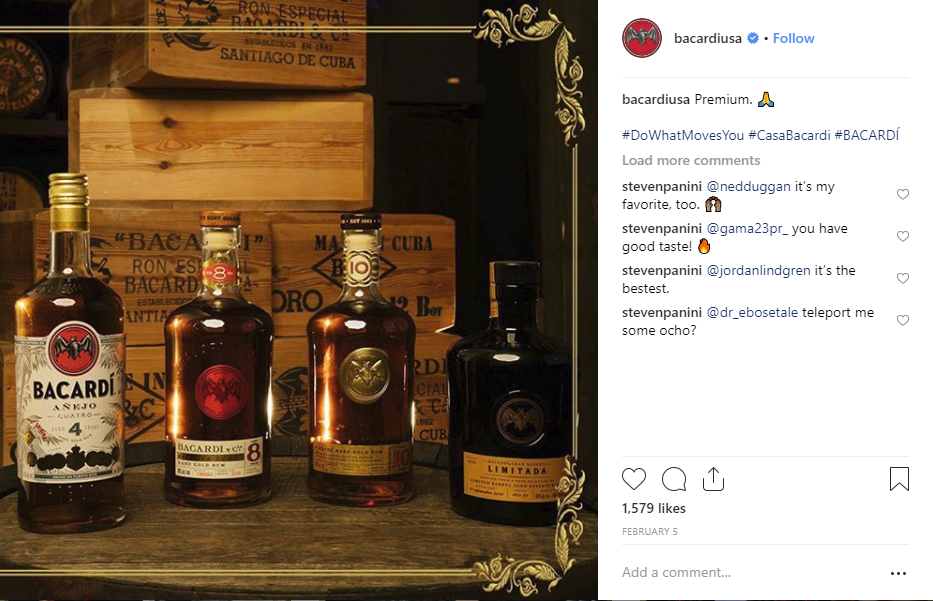 “As Bacardi celebrates our 157th anniversary, it’s important to reconnect with our roots, think like Founders and put our own feet on the street to see first-hand how our business, bars and consumers are changing,” said CEO of Bacardi Limited Mahesh Madhavan. “For Bacardi marketers, visiting bars is often more work than play as we do on-the-ground research and put ourselves in the role of salespeople and influencers.”

Not only was #BackToTheBar a chance for the Bacardi brand to celebrate their success, but Bacardi Global Advocacy Director Jacob Briars said, “Back to the Bar is a chance for us to thank the bars and restaurants who support us and the world’s best bartenders, who are truly on the cutting edge of what’s new and next in our business.”

The Social Impact From #BackToTheBar

The 2017 #BackToTheBar campaign generated about 1,000 posts on social media, lighting up Twitter and Instagram, and was deemed a success. This year, CMO and President of Bacardi Global Brands Limited John Burke wanted to amp up their initiative. Burke said many of the Bacardi brands spend 80% of their marketing budgets on digital advertising and most spend at least half their budgets on digital.

The goal for this year’s event was 5,000 posts with the hashtag as Bacardi targeted an audience of Millennials, who Bacardi called the “shaken and stirred” generation. Bacardi worked to target psychographics more so than traditional demographic targeting, focusing on producing an experience that would match Millennials’ mindsets. “It’s a big shift for us to put the consumers at the heart of the relationship,” Burke said.