This is the first article within the "Facebook in 2018" series inclusive of top issues, fundamental changes and expectations for the year. Click here to see a list of the other posts within the series.

“Facebook is an idealistic and optimistic company,” stated Mark Zuckerberg, CEO of Facebook, in his advance written testimony to the Committee on Energy and Commerce. “For most of our existence, we focused on all the good that connecting people can bring.” 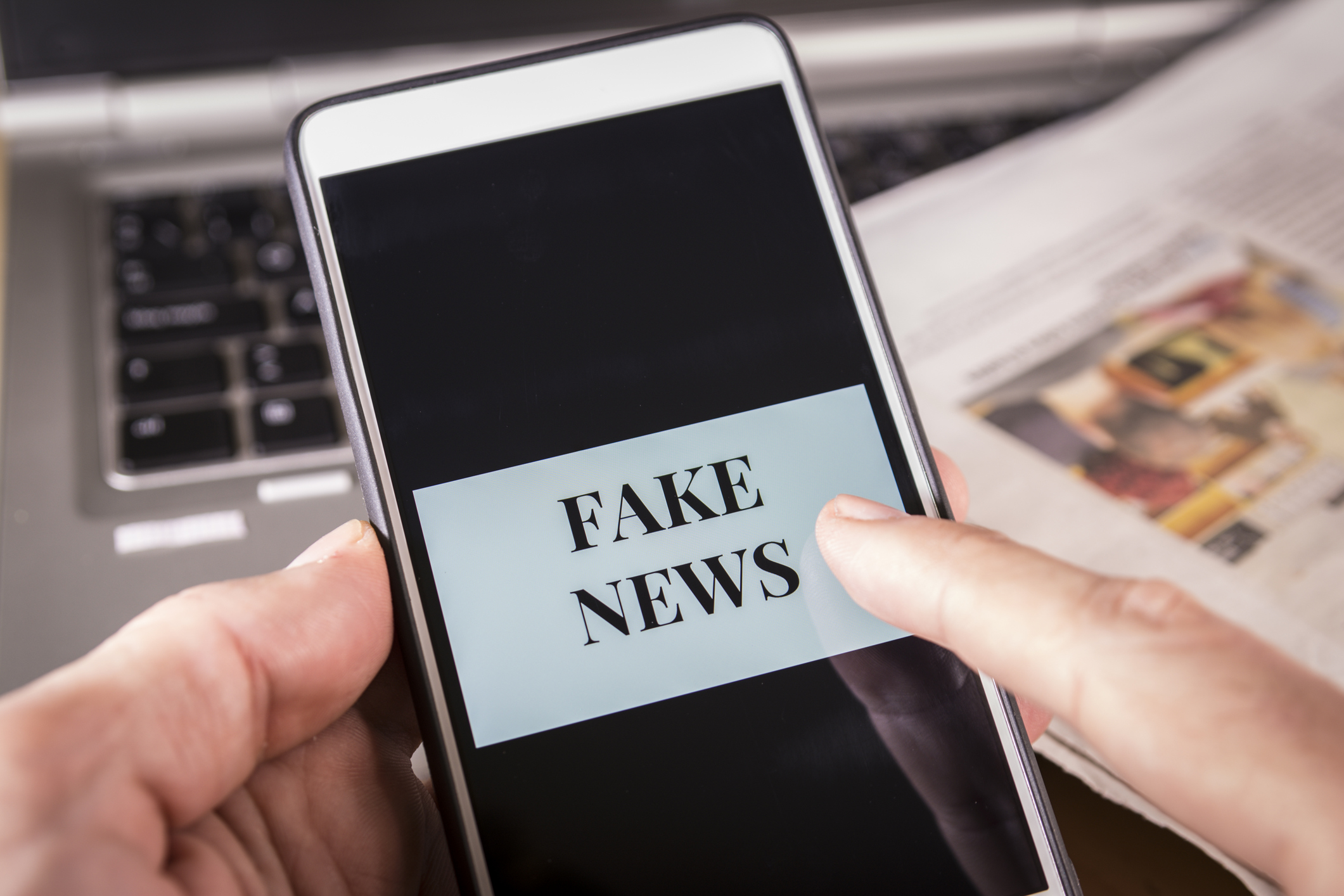 “But it’s clear now,” Zuckerberg continued, “that we didn’t do enough to prevent these tools from being used for harm as well. That goes for fake news, foreign interference in elections, and hate speech, as well as developers and data privacy.”

Every day it seems more news is released about Facebook's platforms. It’s a confusing time for the Facebook team, its advertisers and its users. We question whether or not we can live in harmony within Facebook. Many ponder the platform's mission, “to make the world more open and connected." 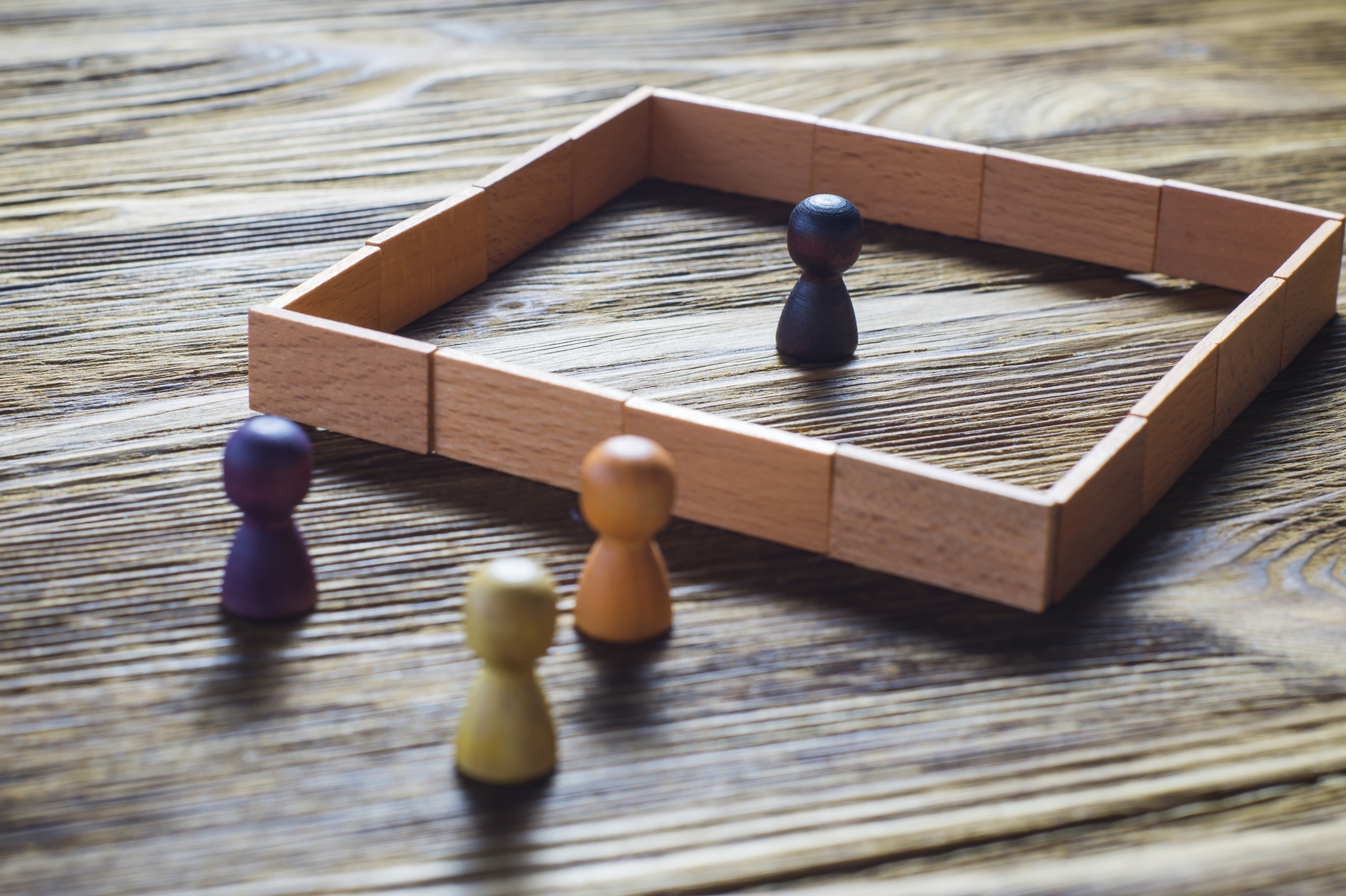 Facebook targeting capabilities allow advertisers to exclude racial and ethnic groups, a practice prohibited by the Fair Housing Act (FHA) for housing, employment and credit advertising. In 2016, after the Congressional Black Caucus alerted Facebook to this issue, Facebook stated they would disable settings that allow the exclusion of racial or ethnic groups for housing, employment or credit ads. Last month, the National Fair Housing Alliance (NFHA) filed a lawsuit against Facebook, claiming that the Facebook platform still allows landlords and real estate brokers to exclude families with women and children from seeing housing ads. “There is absolutely no place for discrimination on Facebook,” a Facebook representative responded. “We believe this lawsuit is without merit, and we will defend ourselves vigorously.” 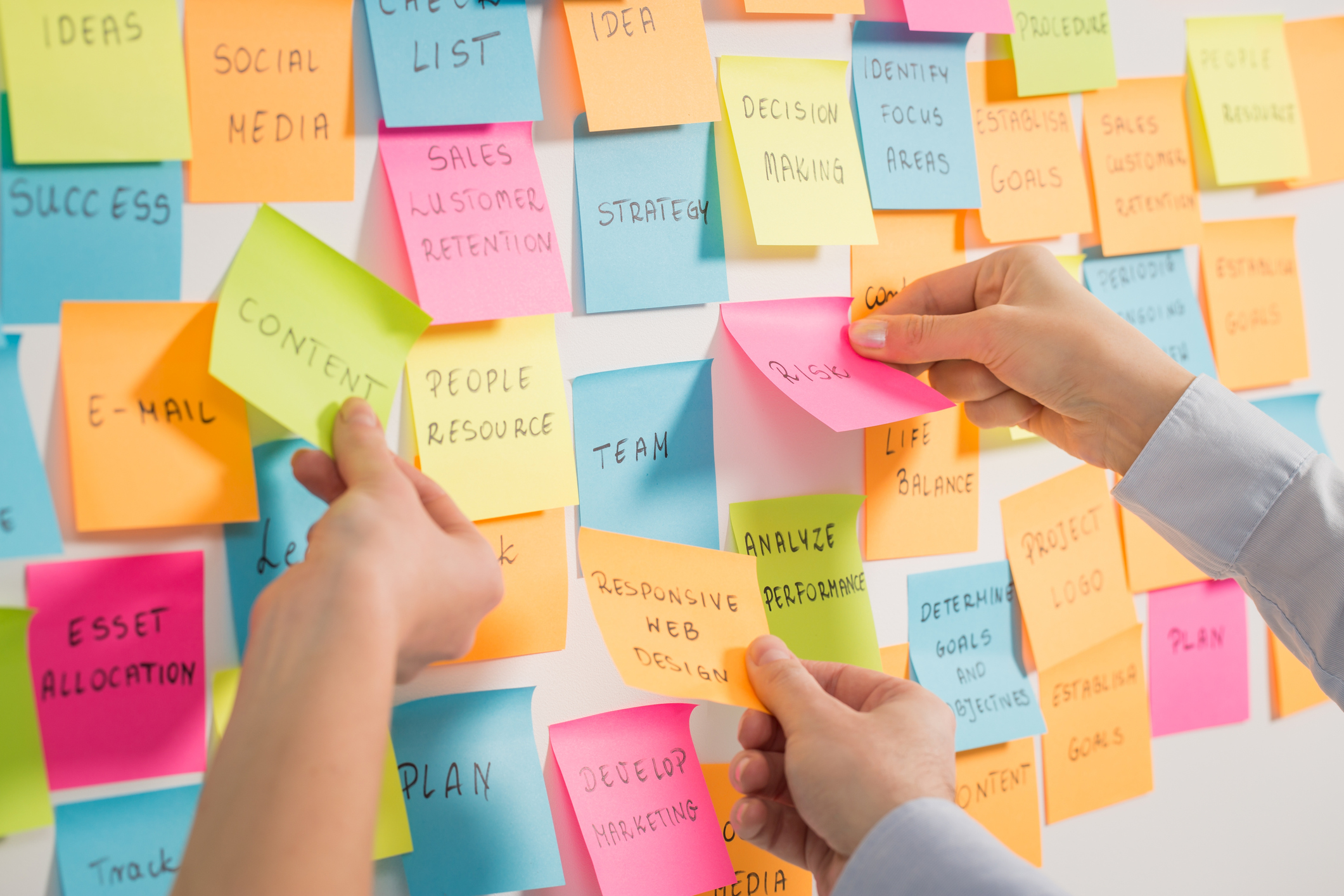 In 2013, Global Science Research (GSR), led by co-directors Joseph Chancellor and Aleksandr Kogan, launched a personality quiz app titled “thisisyourdigitallife.” Claiming they were studying anonymous data for psychological research, the app exploited the social settings of Facebook to obtain information from the app’s users and their friends. Thisisyourdigitallife was installed by approximately 300,000 Facebook users, allowing GSR to gather data on an estimated 87 million people. 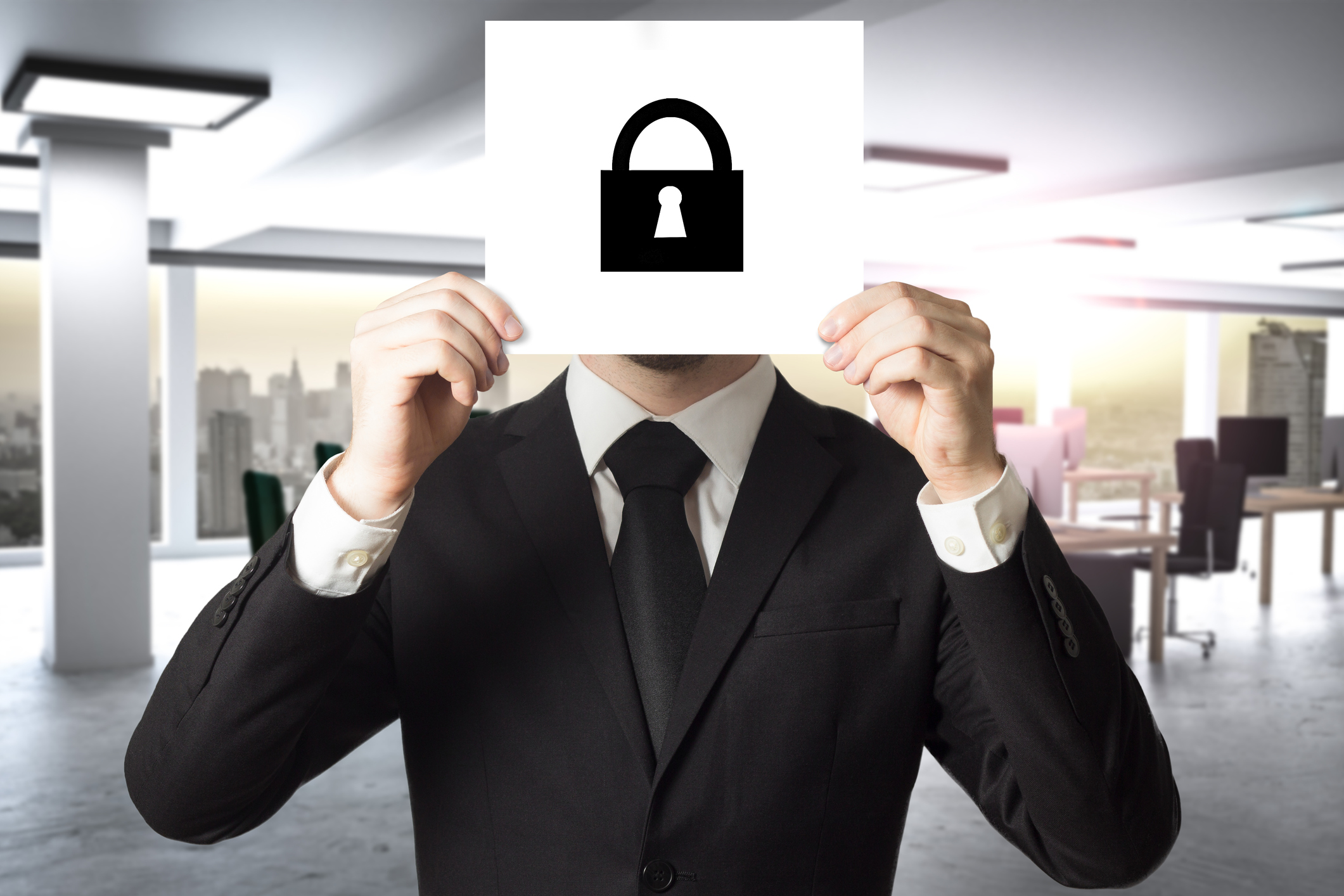 In 2014, Facebook changed its settings to limit the data apps can access. Apps were restricted from receiving data from friends without authorization for data collection. In addition, Facebook began requiring approval before apps could request sensitive data (anything more than a user’s public profile, friend list and email address). But the damage was already done.

In 2015, Facebook learned from The Guardian, that GSR’s Kogan had shared data from thisisyourdigitallife with Cambridge Analytica. This company is owned by hedge fund billionaire Robert Mercer and headed by former  Trump Chief Strategist Steve Bannon. Kogan’s action violated Facebook policy, and thisisyourdigitallife was immediately banned from the Facebook platform. In addition, Facebook demanded that GSR and Cambridge Analytica delete all improperly acquired data. Both organizations provided certifications of the completed action.

Meanwhile, the Federal Trade Commission (FTC) and European regulators have begun investigating Facebook privacy policies. And Zuckerberg is scheduled to spend two days on Capitol Hill this week, testifying at a joint hearing conducted by the Senate Judiciary and Commerce committees on Tuesday and the House Energy and Commerce Committee on Wednesday.

Late last year, it was announced that 146 million people might have been exposed to Russian misinformation via online posts on Facebook and Instagram (which is owned by Facebook). Special Counsel Robert Mueller indicted 13 Russians plus three online troll factories related to this Russian propaganda campaign. 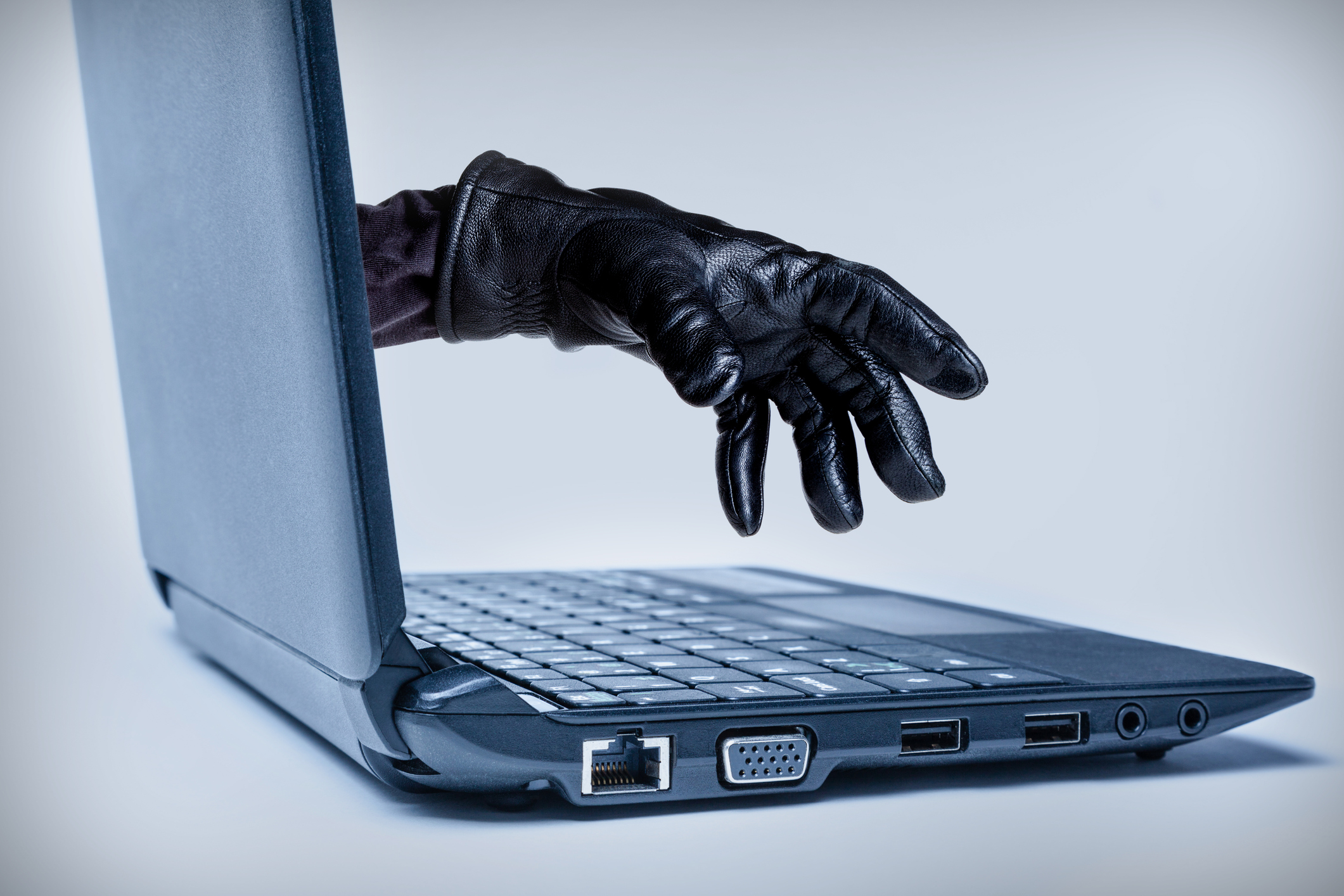 Within a two-year period, the Russian campaign, run by the Internet Research Agency (IRA), has been connected to 470 Facebook pages or accounts, 80,000 Facebook posts, 3,000 paid Facebook ads and 120,000 pieces of Instagram content. This coordinated network of fake accounts promoted and attacked specific candidates and causes with a likely objective of spreading confusion among voters.

The IRA accounts were shut down in August of 2017, well after the conclusion of the 2016 election season. “We were too slow to spot and respond to Russian interference,” apologized Zuckerberg, “and we’re working hard to get better. Our sophistication in handling these threats is growing and improving quickly. We will continue working with the government to understand the full extent of Russian interference, and we will do our part not only to ensure the integrity of free and fair elections around the world, but also to give everyone a voice and to be a force for good in democracy everywhere.”

Facebook has provided a tool for users to see if they followed or liked any IRA pages. 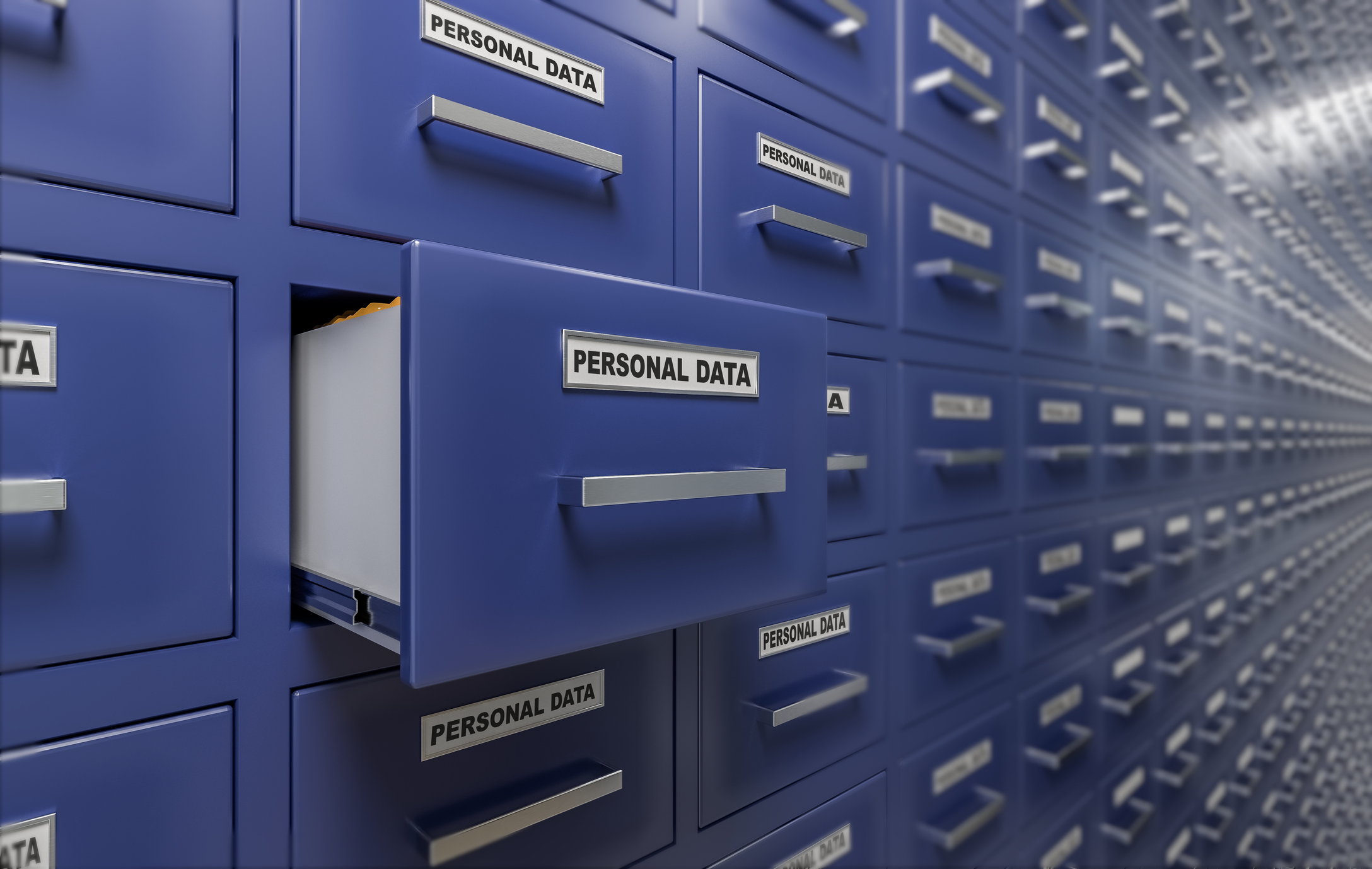 In a 2010 interview with TechCrunch, Zuckerberg argued that privacy is no longer a “social norm” as users become more accustomed to sharing information online. Almost a decade later, it is clear that not everyone agrees.

In a Reuters/Ipsos poll conducted last month, less than half of Americans stated they trust Facebook to obey current privacy laws. Faith in privacy protection was greater for other data-gathering tech companies, such as Apple, Google, Amazon, Microsoft and Yahoo. Almost half of all adults polled want the government to take a more prominent role in the technology industry’s handling of user information. 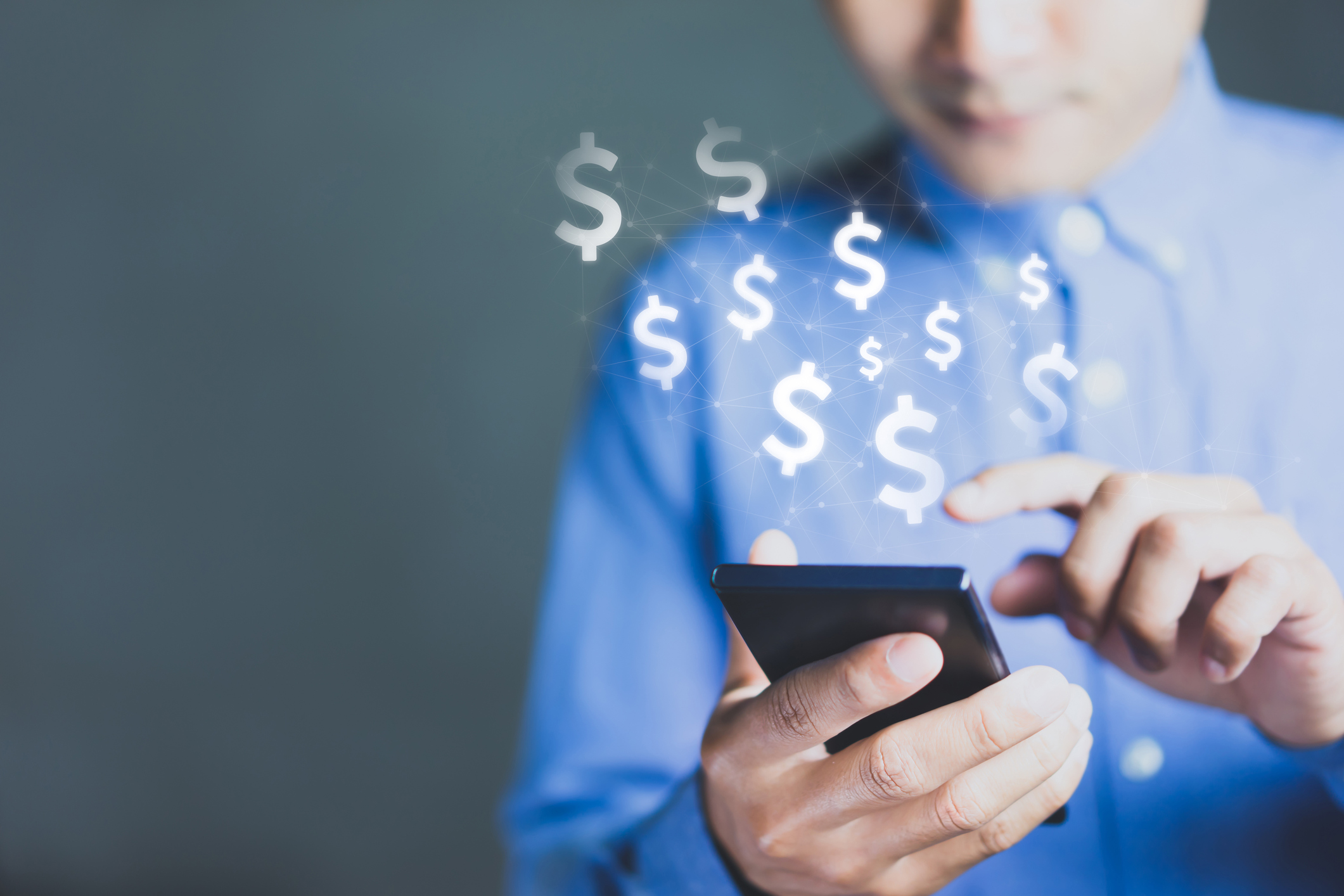 Apple’s Tim Cook and Steve Wozniak have publicly criticized Facebook for their inability to protect private user information. “Users provide every detail of their life to Facebook,” Wozniak began. “Facebook makes a lot of advertising money off this. The profits are all based on the user’s info, but the users get none of the profits back.” Announcing he was leaving Facebook, Wozniak stated he’d rather pay Facebook than have his personal information exploited.

“I think it’s important that we don’t all get Stockholm Syndrome,” responded Zuckerberg, “and let the companies that work hard to charge you more convince you that they actually care more about you.”

“The reality,” Zuckerberg continued, “is that if you want to build a service that helps connect everyone in the world, then there are a lot of people that can’t afford to pay…. At Facebook, we are squarely in the camp of the companies that work hard to charge you less and provide a free service that everyone can use.” 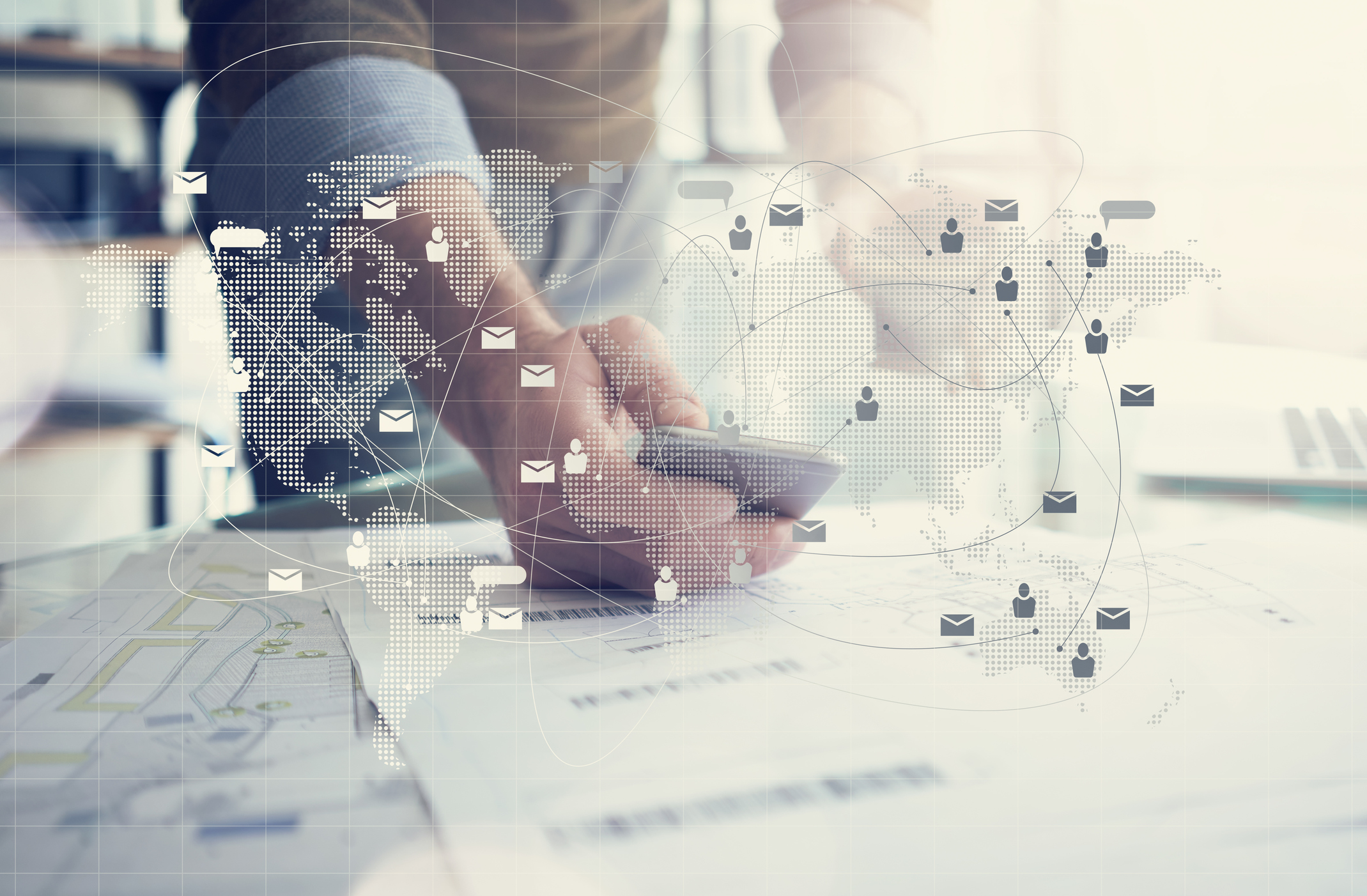 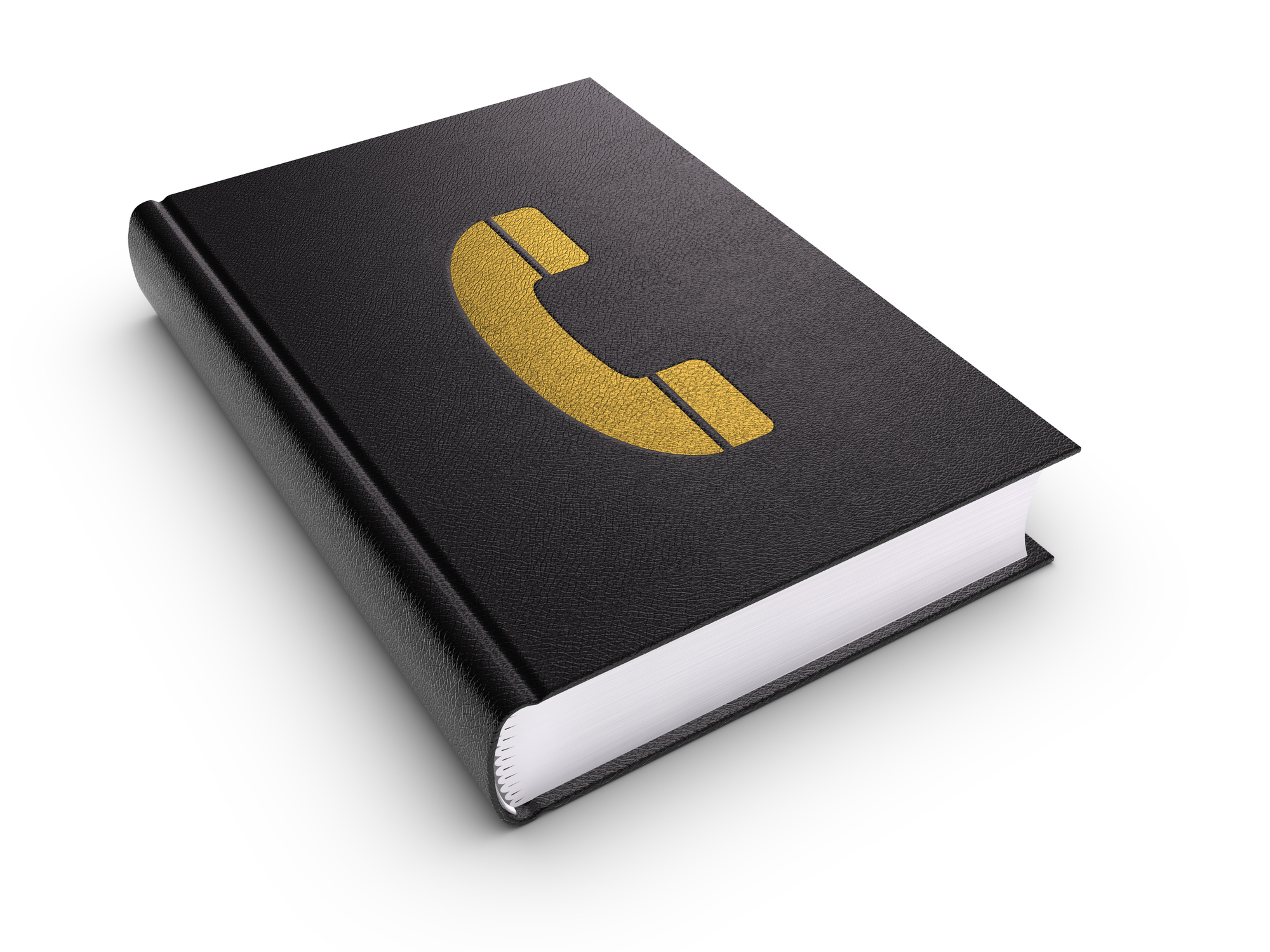 Prior to recent changes, when data was uploaded within Custom Audiences, Facebook would report on the volume of users targeted. If multiple lists were uploaded, Facebook reported on the overlap. But the overlap could be exploited to match phone numbers to specific Facebook accounts. For example, if a Custom Audience user uploaded a public list of phone numbers (pulled from a phone book), working one by one, the audience estimate connected the dots between a Facebook user and phone number.

Facebook fixed this issue in late 2017 by removing the audience size estimate. They also stated there was no evidence anyone took advantage of the difficult-to-exploit flaw.

More recently, an additional bug was discovered within the Custom Audience tool. Users uploading lists could infer attributes by identifying rounding thresholds and adding users one by one until the audience estimate changed. As a result, Facebook removed all potential reach numbers from Custom Audience campaigns until a fix is developed.