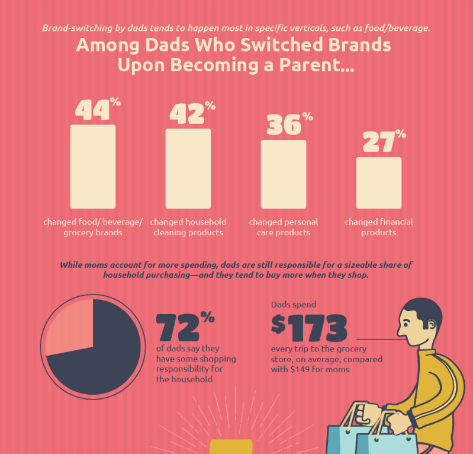 Combining $1.3 trillion in spending power and a reputation as the most digitally-driven generation of parents to date, Millennial moms and dads are becoming a digital marketers’ dream, representing a significant spending group. However, a recent case study from Kraft Heinz and YPulse showed a growing number of Millennial parents want parental roles in advertising to mirror their own.

82% of the Millennial parents surveyed in the Kraft Heinz and YPulse study stated that advertisements need to do a better job of messaging mothers and fathers equally.

Specifically, Millennial dads do not believe the families depicted in media and advertisements accurately reflect their own households, with many fathers stating they don’t agree with the cliché of the “bumbling dad.” 74% of dads went on to say they believe marketers are out of touch with modern family dynamics, and 38% shared they do not believe brands portray their roles as parents accurately. In regards to the overall parenting role, 85% of Millennial dads claimed they know more than people give them credit for.

Millennial Parents Are More Influenced By Social Media Now Than Ever 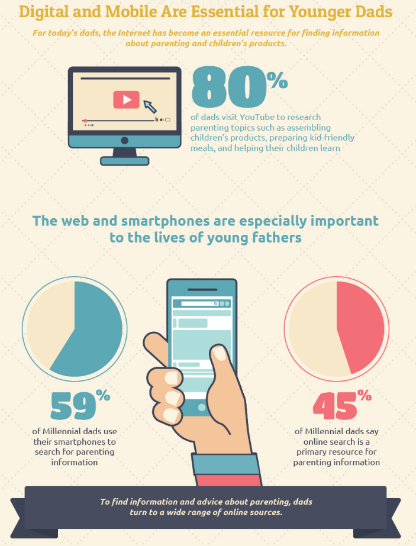 As quickly as Millennials are having children, technology is evolving to meet the demands of these tech-savvy parents, due in part to the fact that this group is significantly more influenced by social media than traditional advertising. 77% of new Millennial parents said they felt pressure from social media, with 32% admitting they purchased something for their children they saw on a social media platform.

Keeping in mind the importance of targeting dads as often as moms, 80% of Millennial dads said they utilize YouTube as an outlet to research parenting-related information, 59% use mobile and 45% stick to online search as their primary resource for helpful parenting tips. 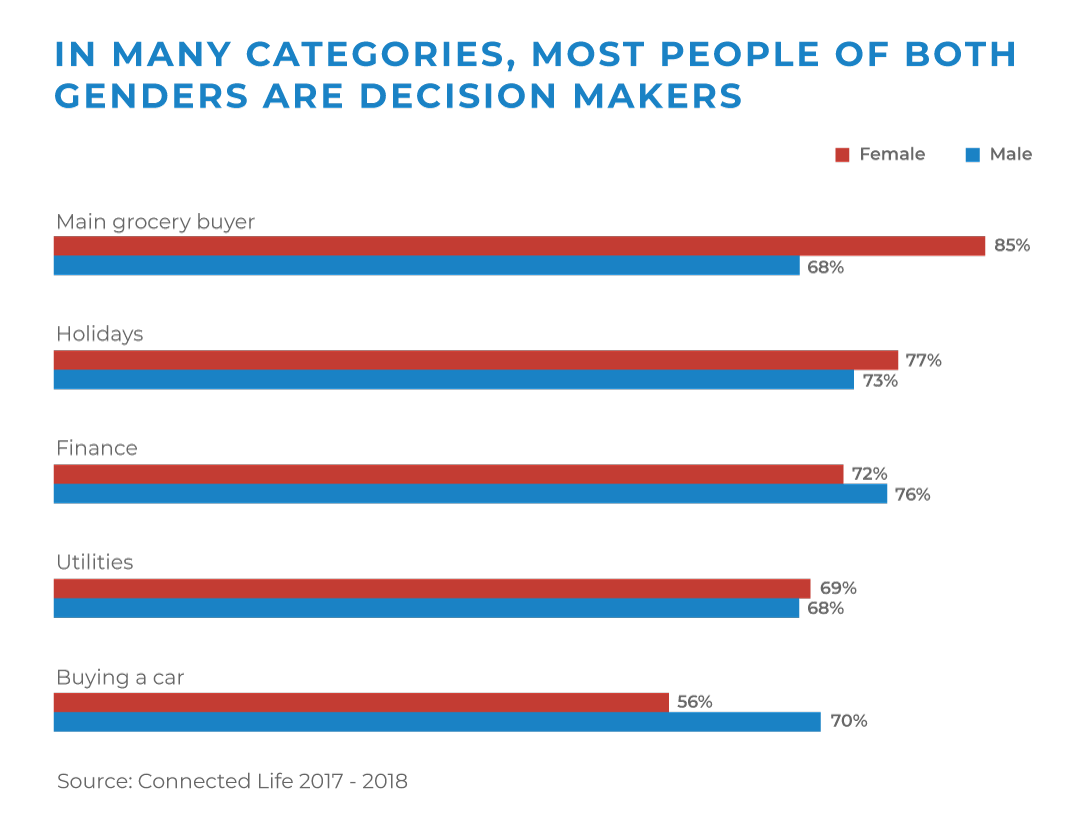 A number of well-known brands have recently illustrated their efforts to conform to Millennial parents’ requests and are actively trying to break down stereotypes: 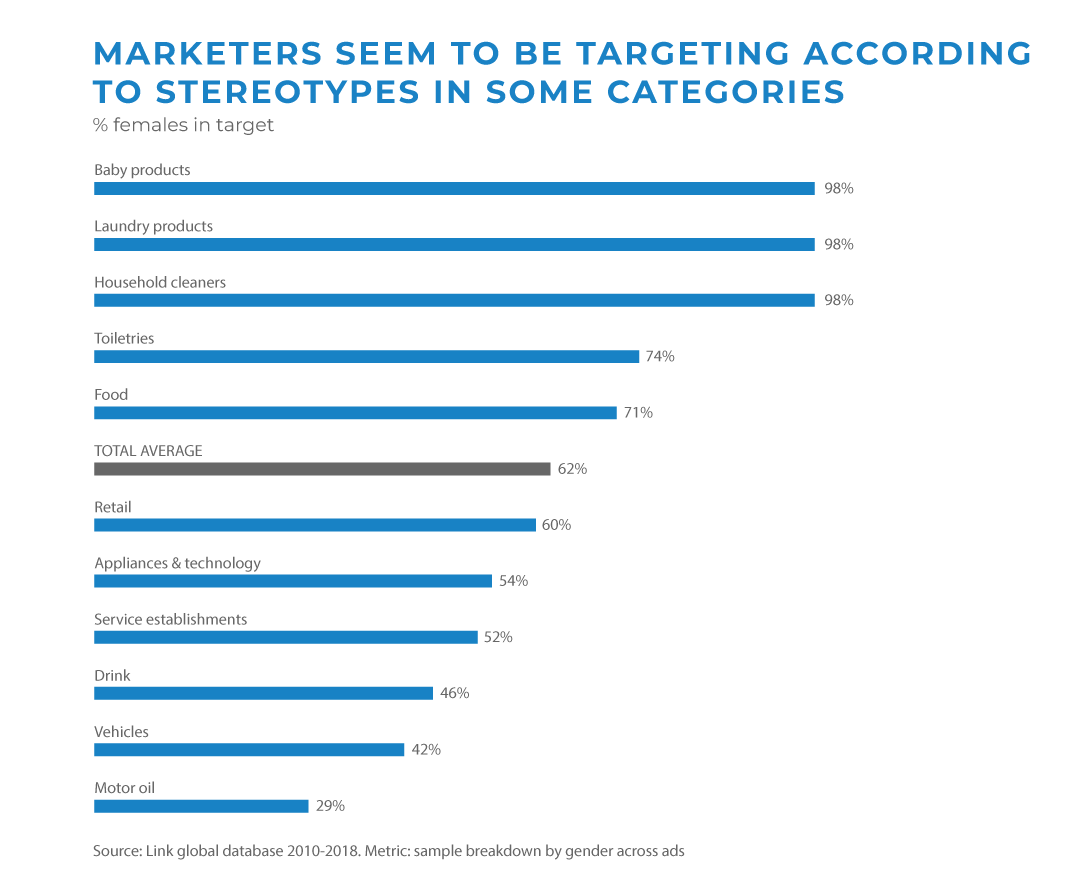 Unilever CMO Keith Weed recently said the increasing gender representation in advertisements is “an economic issue, not just a moral issue.” Unilever’s research showed inclusive marketing leads to an increase in purchase intent and improves many consumers’ views of the brand’s credibility.

Similar research from Kantar found gender-skewed brands tend to underperform compared to gender-balanced brands, and 6 out of 10 women say the way women are portrayed in ads is outdated.

Ultimately, brands must realize both genders are decision makers when it comes to the products they are purchasing – from groceries to utilities to larger purchases like cars – and marketing should be reflective of the gender balance, as research shows gender-tailored marketing is a turn-off for many consumers, according to Harvard Business School Working Knowledge.

Digital Marketers Can Benefit From Inclusive Marketing For Millennial Parents

By Millennial dads openly expressing their desires for advertisements geared toward them just as much as Millennial moms, marketers have the opportunity to capitalize on a demographic they may not have targeted in the past. No matter which avenue advertisers choose to take in order to reach parents – whether through social-first campaigns or convenient e-commerce offers for this time-starved demographic – the brands that successfully create messaging that connects with both Millennial parents will have the potential to build lifetime loyalty over the time period in which Millennials are raising their kids.