Many consumers are increasingly holding brands accountable for their much-needed action, as so much of the world continues to rally in support of the Black Lives Matter (BLM) movement and honor the importance of diversity and inclusion. As a result, some of the biggest brands across all industries – from beauty to tech to apparel – have pledged to combat racial inequality by giving back and launching meaningful initiatives that will create long-lasting, positive change throughout the Black community. 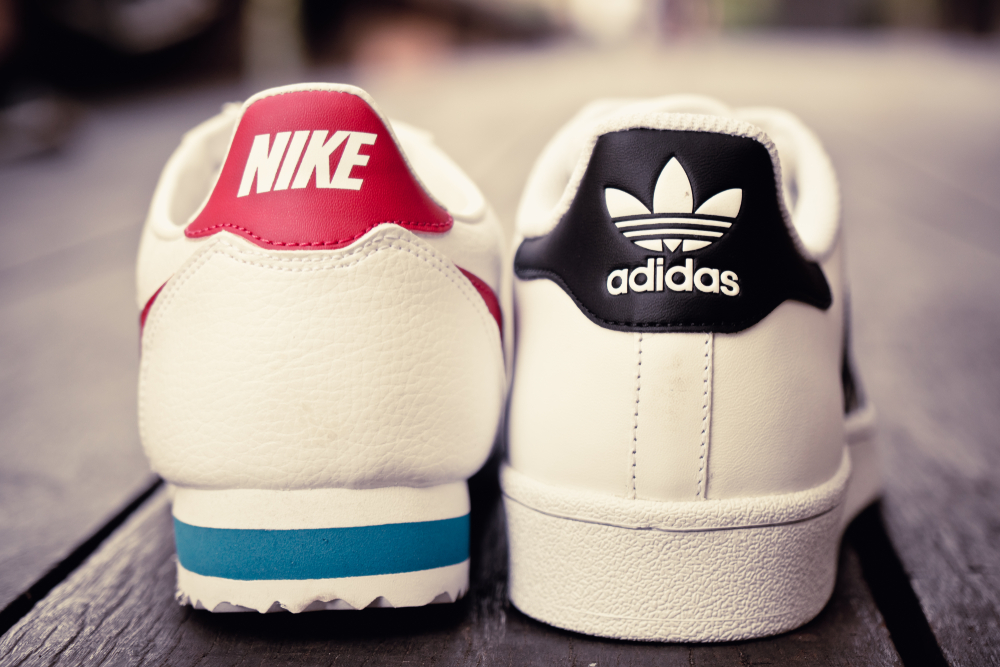 Athletic apparel brands Nike and Adidas have both made significant donations toward a common, greater goal of fighting against racial injustice. Nike announced its donation of a whopping $40 million, which will be spread out over the next four years. “This commitment will be focused on investing in and supporting organizations that put social justice, education and addressing racial inequality in America at the center of their work,” Nike shared in a statement.

Adidas, on the other hand, has made a four-year pledge of $20 million, which the company said will “support, empower and elevate the Black community.” Additionally, Adidas pledged to fill 30% or more of all new U.S. job positions by Black or Latino professionals.

Sephora stepped up as the first major retailer to join the “15 Percent Pledge,” making a conscious effort to carry more Black-owned makeup brands in its stores moving forward by vowing to devote 15% of its shelves to Black-owned businesses. Created by fashion designer Aurora James, the 15 Percent Pledge was introduced to encourage brands to give more than just a one-time donation to the Black community, and, instead, make long-term changes in retail, specifically in regards to Black-owned brands within stores. “The 15 Percent Pledge is looking to secure financial longevity and economic equality in the long term,” said James. In addition to the “15 Percent Pledge,” Sephora announced it will continue to make positive changes moving forward with the launch of its “advisory group,” composed of leaders of Black-owned businesses.

Along with OkCupid’s recent donations to NAACP, Black Girls Code, Fair Fight Action and the ACLU, the popular dating app also recently donated a generous $1 million in ad space for several Black civil rights organizations. “As a place that fosters connection and conversation, OkCupid is committed to supporting the movement and helping our users connect over their shared support as well,” the app shared in a blog post. 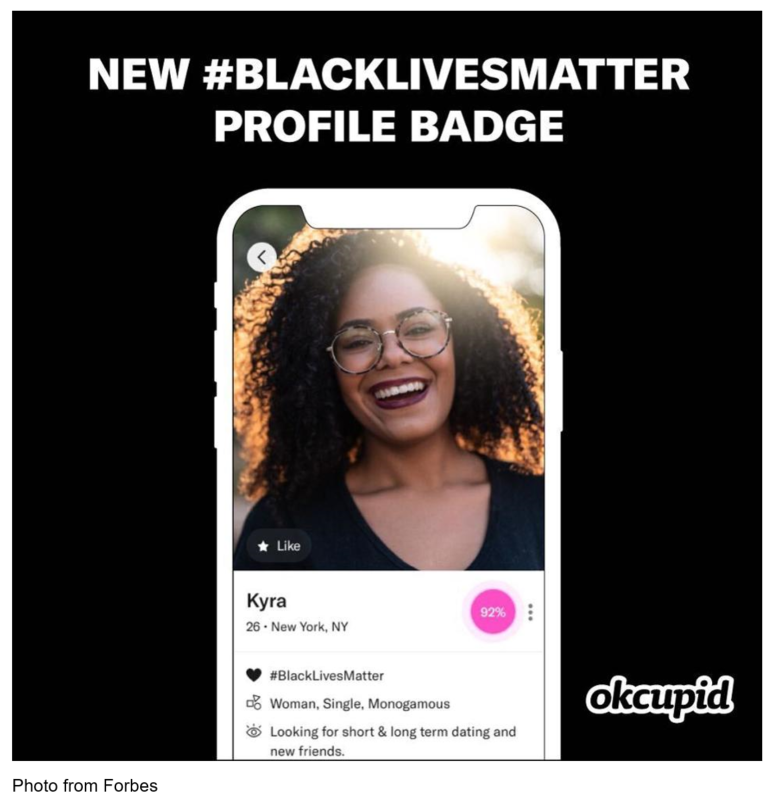 In addition to the hefty donation, OkCupid created a #BlackLivesMatter badge, which users can choose to place on their dating profile if they wish to support the movement. The dating app has also included a slew of new user questions surrounding racial inequality – from “do you protest to fight inequality?” to “how will you address racial inequality?” – in an effort to spark meaningful conversations about what is taking place in the world and connect users who share the same values. According to OkCupid, the new matching questions are engaging users, with more than 100,000 answers submitted in the first week.

The recent efforts from OkCupid are a prime example of a brand using its platform and popularity to send a meaningful message to its audience, while also giving users a way to show their support and feel connected to the brand in a more significant way.

Facebook came out strong in its efforts to give back, announcing in a recent blog post a lengthy list of initiatives and donations supporting the Black community and the greater BLM movement. Some of Facebook’s efforts include:

Google Pledges To Give Back, Internally & Externally

Google recently announced a list of “concrete commitments,” which the company created “internally, to build sustainable equity for Google’s Black+ community, and externally, to make our products and programs helpful in the moments that matter most to Black users.” Within its internal initiatives, Google will make a conscious effort to expand its representation of Black+ senior leadership, promising a 30% increase by 2025. The company will also highlight the importance of inclusion across the company and create a group of “anti-racism educational programs.” 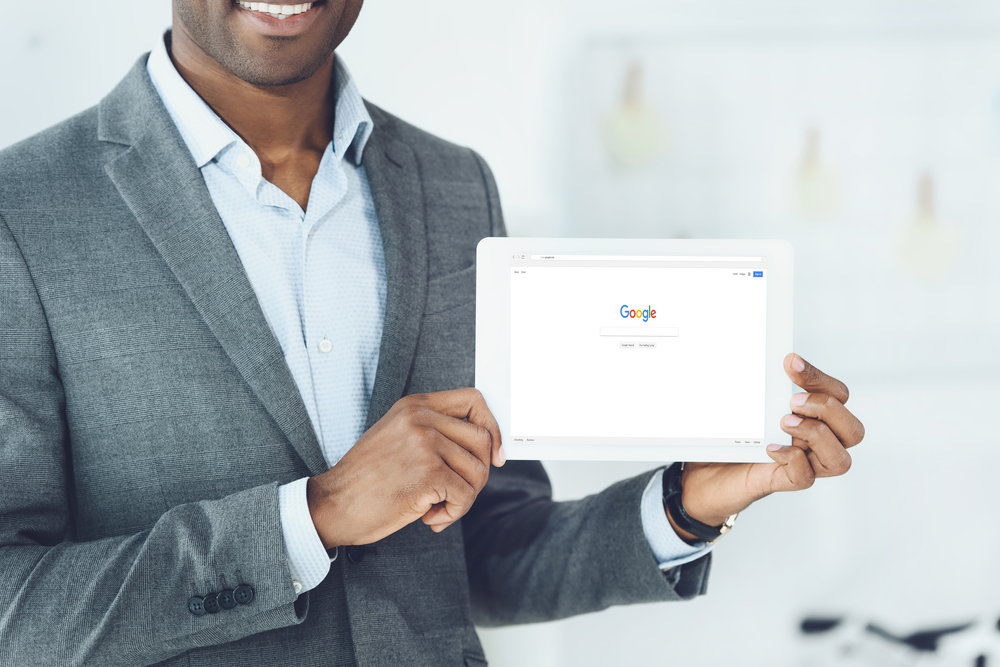 Google shared it remains committed to giving back to organizations focused on criminal justice reform, donating another $1 million to the Leadership Conference Education Fund, the Movement for Black Lives and the NAACP Legal Defense and Educational Fund’s Policing Reform Campaign. Additionally, Google vowed to improve education, stating it is “committing nearly $3 million to help close the racial equity gaps in computer science education and increase Black+ representation in STEM fields.”

Through a combination of donations, internal improvements and external support for Black-owned businesses, brands have an opportunity, and, in many ways, a responsibility, to convert the current momentum into long-lasting change. By aligning their business with organizations that are making an impact on the fight against racial injustice and using the power of their own platforms, brands can push important initiatives forward, while establishing a stronger, more meaningful presence and scaling trusting, loyal audiences.