As the newest member of the Instagram family, Threads was designed with the goal of diving deeper into the world of direct messaging. Threads – which opens directly to the camera for easy access to sending photos and videos – has a more tailored experience than the main Instagram app and only allows its users to message people on their “Close Friends Lists.” The Close Friends List is a feature introduced by Instagram last year which allows users to share photo and video stories with select lists of friends. 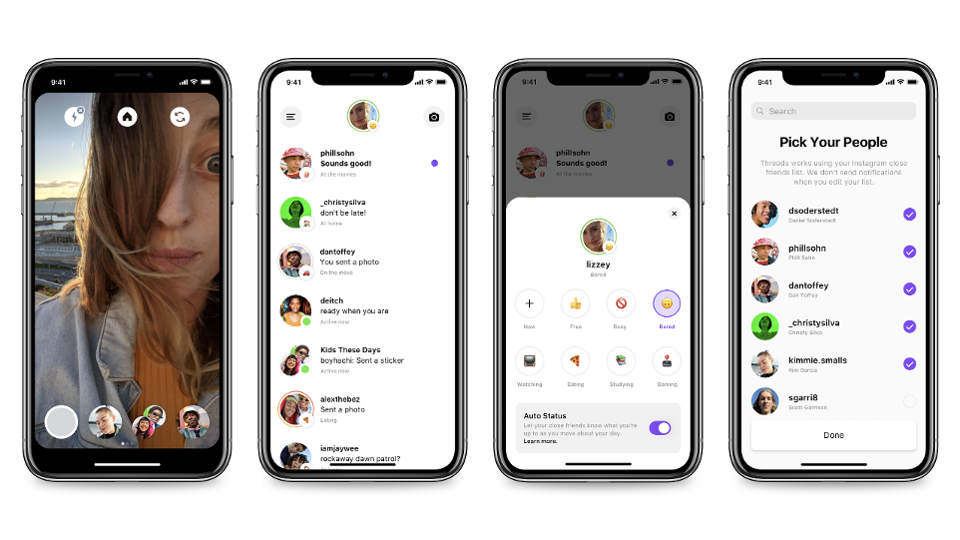 “Threads is a standalone app designed with privacy, speed and your close connections in mind,” said Instagram Director of Product, Robby Stein. “You can share photos, videos, messages, stories and more with your Instagram close friends list. You are in control of who can reach you on Threads, and you can customize the experience around the people who matter most.”

The app also allows users to create custom statuses to make it easier to keep up with their friends throughout the day when they don’t have the time to snap photos, produce videos or engage in lengthy conversations. Instagram Thread users choose from suggested statuses, like studying or procrastinating, and have the option to turn on “Auto Status,” which shares a user’s location without giving away exact coordinates. 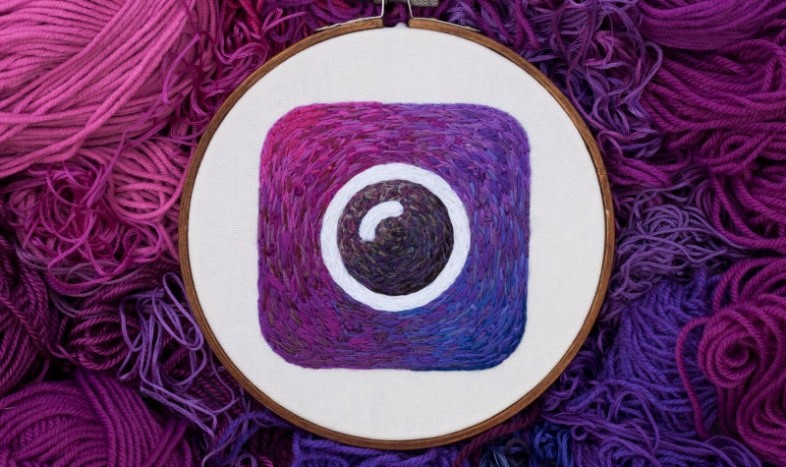 Over the last few years, Instagram introduced several new ways to share visually on Instagram and connect with other users — from highlighting everyday moments on Stories to visual messages on Direct. But it was the desire to hone in on intimate interactions with close friends and bring back the feeling of community from the early days of Instagram that ultimately sparked the creation of Threads.

“For your smaller circle of friends, we saw the need to stay more connected throughout the day, so you can communicate what you’re doing and how you’re feeling through photos and videos,” Facebook shared in a blog post. “That’s why we built Threads, a new way to message with close friends in a dedicated, private space.”

Threads also offers the potential to allow Instagram to better compete with fellow social media giant Snapchat, as the new app mirrors many of Snapchat’s signature features, like making it easy for users to privately share photos and videos that automatically delete later.

The launch of Threads isn’t the first attempt from Facebook or Instagram at creating an alternative option to Snapchat. In 2012, Facebook launched a Snapchat-like app called Poke, and they followed that with Slingshot in 2014. Neither app made a lasting impact. Similarly, back in 2017, Instagram released (and then subsequently shut down) Direct, a private messaging app.

So, after several unsuccessful attempts – with more young users still flocking to Snapchat over Facebook and Instagram – it looks as if the two powerhouse social sites are honing in on what could be the next big thing in digital communication: private messaging.

"It's no surprise that the fastest-growing ways we're communicating online are private messaging, and in small groups and stories,” said Facebook CEO Mark Zuckerberg. “A private social platform can start to become the center of your social experience. That's why I believe that the future is private. This is the next chapter for our services."

Privacy has become a high-profile debate, resulting in more people feeling inclined to interact privately, and, ultimately, making private messaging an in-demand feature throughout social platforms. According to research by Business Insider Intelligence, people prefer messaging to social media for both personal and business purposes.

It remains to be seen whether Instagram users will flock to Threads. But with Instagram holding the highest levels of engagement among all social media platforms, and the rise in popularity of private messaging, businesses should expect Threads to perform well.

While Facebook stated there are no current plans to display ads within Threads, marketers shouldn’t dismiss Threads just yet. Facebook is a master of monetization, so it won’t be surprising to see engagement opportunities for marketers if Threads builds a significant user base.

Looking For New Ways To Reach Your Target Audience On Social Media?